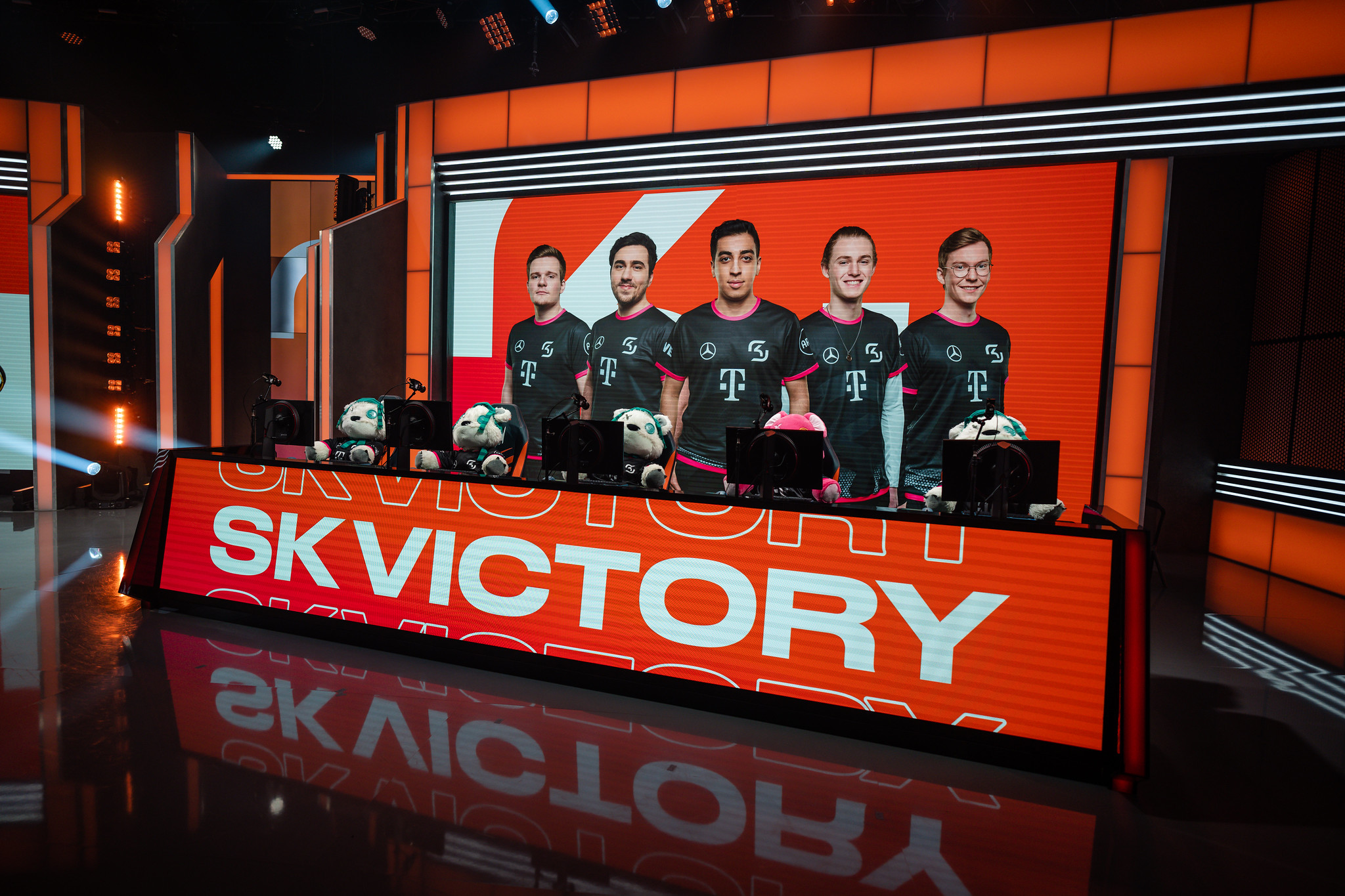 Another day, another upset win in the LEC.

This time, an unlikely victory came courtesy of SK Gaming. The struggling eighth seed sparked some life into their 2022 Spring Split run by taking down G2 Esports in rather convincing fashion. It did take them 40 hard-fought minutes, but their scaling composition took over in the end.

Before this game, many League of Legends fans expected G2 to continue their winning ways after taking home five of their last six matchups. The samurais have looked strong, and on paper, they should have claimed victory over an SK squad that has only started to find success over the past couple of weeks.

SK opted to draft a team composition with picks like Orianna, Jinx, Volibear, and Leona to kick off and take over teamfights. They also focused hard on the bottom side of the map early, giving pressure to Jezu and allowing him to ramp up into a late-game powerhouse for the squad.

The breaking point came near the 22-minute mark, where SK found themselves a perfect moment to pull the trigger on Sertuss’ Orianna ultimate. Although G2’s own AD carry Flakked dealt a ton of damage on Aphelios, Jezu was left untouched and he ripped through the team with Jinx’s rockets. The 21-year-old ended the game with a server-leading 10 kills and seven assists, earning himself a player of the game award to boot.

Although this loss may be disappointing, G2 fans shouldn’t be fretting for a second. Their team is still high in the standings and this loss should only give them more motivation to clean up their gameplay moving toward the playoffs. Ultimately, there are three teams tied for second place with 8-4 records. Tomorrow, however, we could see a little bit of separation at the top since G2 have a date with their rival, Fnatic.

In the meantime, SK will try to secure their first 2-0 weekend of the year, and it just so happens that they’re taking on Team BDS. The LEC newcomers are on a five-game losing streak.

You can catch all the action when the LEC returns tomorrow at 10am CT.