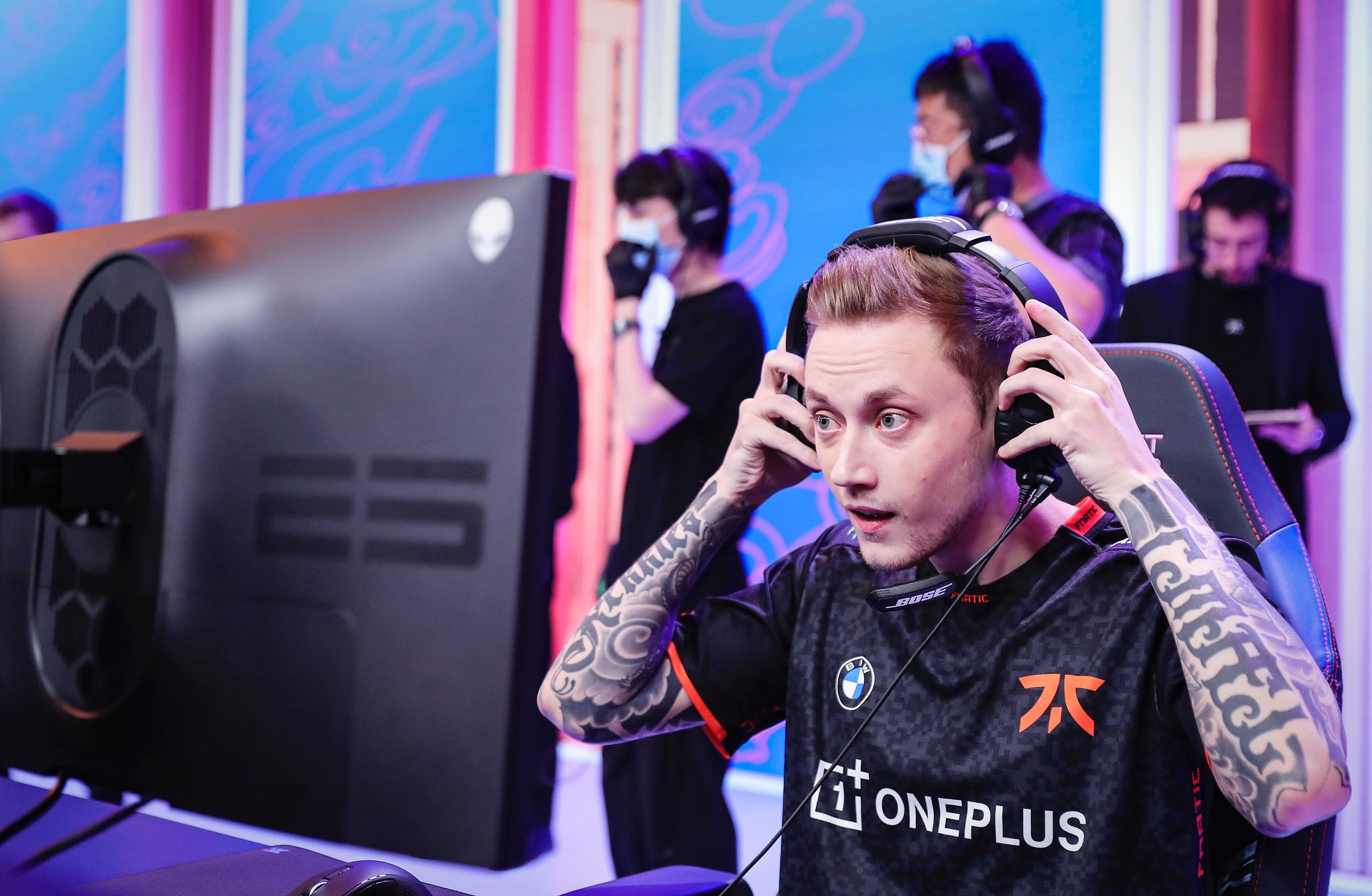 In perhaps one of the most anticipated moments of the League of Legends competitive offseason, European icon Rekkles has entered free agency for the first time in three years after his contract with Fnatic expired yesterday.

After signing a three-year extension with Fnatic in 2017, he cemented his status as the team’s franchise player. But that extension has come to its end, and Fnatic has made no indication as to whether the contract will be renewed.

Rekkles’ free agency marks a radical shift in the environment of European League. He has been a mainstay of the scene since his debut on Fnatic in 2014, and he has been the team’s figurehead since then (aside from a brief, year-long stint on the now-defunct Elements in 2015). For many, he is one of the greatest players Europe has ever produced: a six-time EU LCS and LEC champion and one of the few Worlds finalists from the region.

Alongside Rekkles’ LEC legacy is the legacy of one of the greatest rivalries in esports, Fnatic vs. G2 Esports. Europe’s two greatest teams have battled it out for as long as many fans can remember, and only a single European title has gone to a team other than those top two. Each team has had their periods of success and weakness, yet recently G2 have dominated the rivalry after acquiring prodigal mid laner Caps in one of the most controversial roster moves in European history.

This acquisition of Caps, however, forced previous mid laner Perkz into the AD carry role alongside support Mikyx. Although he was a perfectly serviceable carry, it was clear from the beginning that Perkz was not comfortable in the bot lane role. G2 were able to work around their weakness on the bot side, but it was clearly an imperfect fix. After having parted ways with Perkz, G2 are now in search of a new AD carry. And who better to fill that role than Europe’s greatest ADC on Europe’s greatest team?

Fan responses to the rumors of Rekkles entering discussions with G2 have been—to say the least—mixed. For some, the idea of seeing a Fnatic without its most iconic player is simply unthinkable. For others, this is the opportunity to create a European superteam the likes of which has never been seen before in competitive history—a team that can finally win Europe the World Championship title fans have long coveted.

Here are some of the pros and cons for this potential roster move, and a look at what this European superteam could mean for the future of the LEC.

Stick to what you know

Rekkles remaining with Fnatic could go one of two ways. At the 2020 World Championship, the team looked as if they had finally found their feet after the shaky introduction of jungler Selfmade at the beginning of 2020. Although they were eventually eliminated by tournament favorites Top Esports, the team showed promising foundations for a jungle-oriented carry playstyle.

The outcome of Rekkles remaining on Fnatic would be entirely dependent on 2021’s jungle meta. Selfmade’s confidence is on carry-style champions like Evelynn and Graves, where he can use Rekkles’s superior wave management to set up favorable ganks in the bottom lane and snowball himself a lead. His early game dominance creates space for Rekkles to farm and accrue a gold lead to turn himself into a late-game carry. If the meta remains oriented towards carry junglers, then we could see Fnatic enacting on a style they spent the back half of 2020 perfecting in a way that no other European team was able to replicate, and finding unprecedented success.

But if the jungle meta goes back towards the more Sejuani/Jarvan IV supportive style, Fnatic could be going nowhere fast. Selfmade is not a supportive player. He piloted these champions during his time on SK Gaming at the beginning of his career but to nowhere near the level of success he found on Fnatic. If high-ganking champions move their way back into the meta for 2021, Rekkles won’t be offered the same level of security he found this year on Fnatic and could have his passivity exploited in flagrant fashion.

Leaving Fnatic would also force him to part with support Hylissang, the other half of the duo that was touted as the best bottom lane at the 2020 World Championship. Hylissang makes up for Rekkles’ occasional passivity with a high aggressive, engage-focused laning style, which allowed the pairing to exploit one of the world’s best bottom lanes in JackeyLove and Yuyanjia from TES. Although there have been moments of miscommunication between the two, it appears that Rekkles and Hylissang have finally found their synergy. The question remains to be answered as to whether Rekkles is willing to break that synergy.

G2 Rekkles: Superteam or too many cooks?

One of Rekkles’ key strengths is his consistency. Rarely does he lose lane, and his ability to staunch the bleeding after an early death is almost completely unmatched. On G2’s firecracker roster, this could be just the kind of consistency that is needed to elevate the team from Worlds finalists to world champions.

The Claps/Craps dichotomy has become infamous in recent years, coined by fans to describe the occasional lapses in performance of a mid laner who is otherwise one of the best players Europe has ever produced. A G2 with Rekkles in the bot lane would create a safe backup plan for the hell that can sometimes break loose on the top side of the map. Jankos overcommits to a bad gank in the top lane and gives over a double kill? Not to worry, Rekkles has accrued a 40-cs lead within the first 15 minutes through cleverly manipulated wave states.

But Rekkles’ passivity means that he is often a player who requires jungle attention to turn a laning lead into kills—and jungle presence in the bottom lane means no help for the top side of G2’s map. Although Mikyx is no slouch, he does not have quite the same engage potential as Hylissang, and without that firepower the responsibility would be left to Jankos to help acquire early kills for the bot side. Taking attention away from G2’s star top side would be a risky move, and especially with the power of solo laners at international events, not one that would win G2 a World Championship.

All change in the LEC

It’s clear that this decision isn’t one that should be taken lightly for Rekkles. A move to G2 would permanently change the competitive landscape of the LEC—and would potentially lower the quality of competition in Europe. What has been considered a two-horse race between Fnatic and G2 could simply become an era of uninterrupted G2 dominance, with the rest of the LEC flagging behind in a desperate attempt to match the best team Europe has ever created.

One thing is for sure: Rekkles’ free agency is the most exciting offseason prospect of 2020. Fans have been watching with bated breath for any news of his movements. And with no indication as of yet with regards to his plans, it looks like that wait will have to last a little longer.