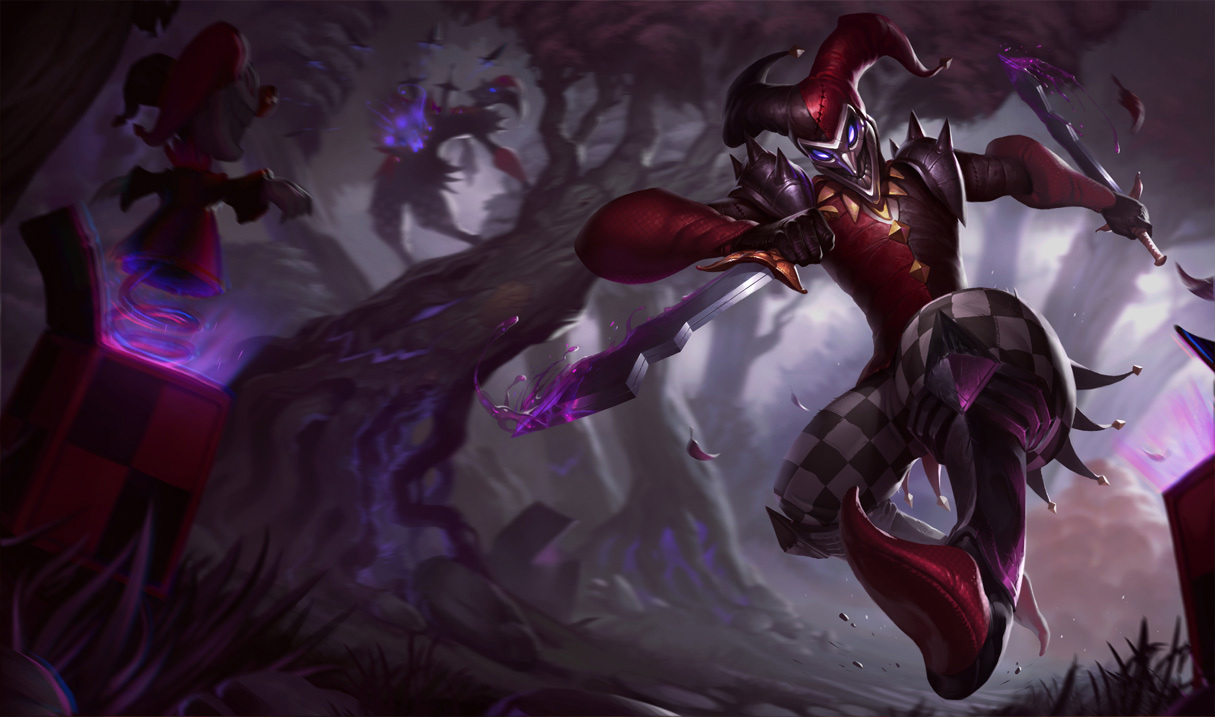 In the midst of a new assassin-focused meta in League of Legends, Shaco has mysteriously vanished. As one of the jungle’s premier AD assassins, you’d think now would be his prime-time, but he’s nowhere to be found.

He isn’t played simply because he’s really weak, but Riot is planning to change that in Patch 8.6, according to the latest PBE update. OK, so maybe it isn’t much of a mystery.

There are some clear-cut weaknesses that the clown is burdened with that prevent him from keeping up with Kha’Zix and Evelynn. For starters, he has to max his Two-Shiv Poison ability to deal any real burst damage. Unfortunately, with his kit in its current state, that means he can’t put any early points into his invisibility-granting Deceive. Without any points, Deceive only allows Shaco to remain invisible for 1.5 seconds, hamstringing his ganking power until he reaches the mid-game.

Granted, it scales up to a whopping 4.5 seconds, but that’s only when he needs it the least. He needs to be able to gank early on to keep up with Evelynn and Kha’Zix who both have more powerful early ganks and scale much harder than he does.

To help him out, Riot is changing his Deceive to grant him a flat three seconds of invisibility at all ranks. Even though its duration will be lower than it is now at max rank, the cooldown is also being massively lowered at max rank to compensate, so overall, this is a very large buff. Its cooldown at rank five will be 10 seconds, down from 14.

Since his early power is so much better, he no longer needs quite as much slowing potency on his E, so it’s dropping, but only at early levels.

Overall, this is a very good move on Riot’s part. It helps him out where he needs it the most, but is careful to not let him become OP through the use of some small nerfs to other parts of his kit. These changes, should they actually make it through the PBE and into Patch 8.6, should arrive in two weeks.