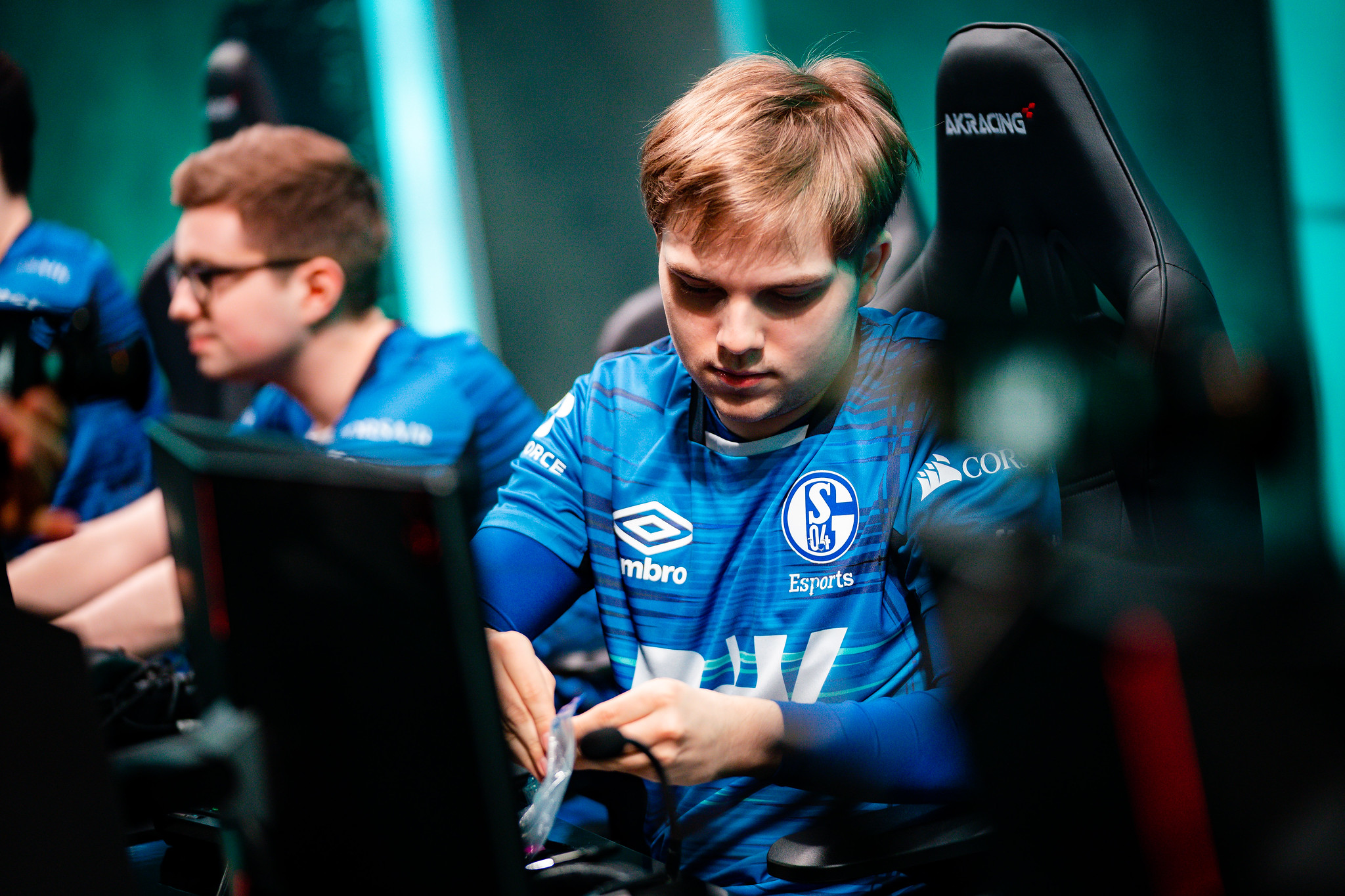 It’s been a rough month for Schalke 04, but the team has finally captured its first win of the 2020 League of Legends Spring Split against a stumbling G2 Esports. Fans were treated to a battle between two teams trying to find their footing once again, and they were not disappointed.

G2 were looking to bounce back after a lopsided loss against Misfits Gaming, but it looks like the roster is still a bit shaken from yesterday’s unexpected outcome. Schalke, on the other hand, had just made some big changes to its roster. After going winless through the first three weeks of the season, the team decided to switch in Nihat “Innaxe” Aliev for Konstantinos-Napoleon “FORG1VEN” Tzortziou.

Throughout the game, Schalke showed poise, decisiveness, and great teamfighting skills that we hadn’t seen from them all split. Whether it was Andrei “Odoamne” Pascu on Aatrox, Felix “Abbedagge” Braun with his great Cassiopeia ultimates, or Innaxe pulling off daring teleport flanks, this team looked completely different from its early-week form.

Meanwhile, it was more of the same from G2. Last game, Rasmus “Caps” Winther kept getting caught out, but this time around, Luka “Perkz” Perković was the one who frequently got picked off across the map. The perennial LEC champions did make a game out of it with some great sidelaning and wave control, but they were ultimately outplayed in the five-vs-five teamfights.

With this loss, G2 have fallen to 6-2 and are tied with Misfits Gaming for first place in the season standings. Fnatic and Origen also have a chance to tie for first if they win their respective games.

Although everyone is still confident that this team will find itself prior to playoffs, G2 fans are likely still disappointed in this week’s performance. The team has another chance to bounce back and straighten the crown on their heads when they face off against Excel Esports and MAD Lions next week.