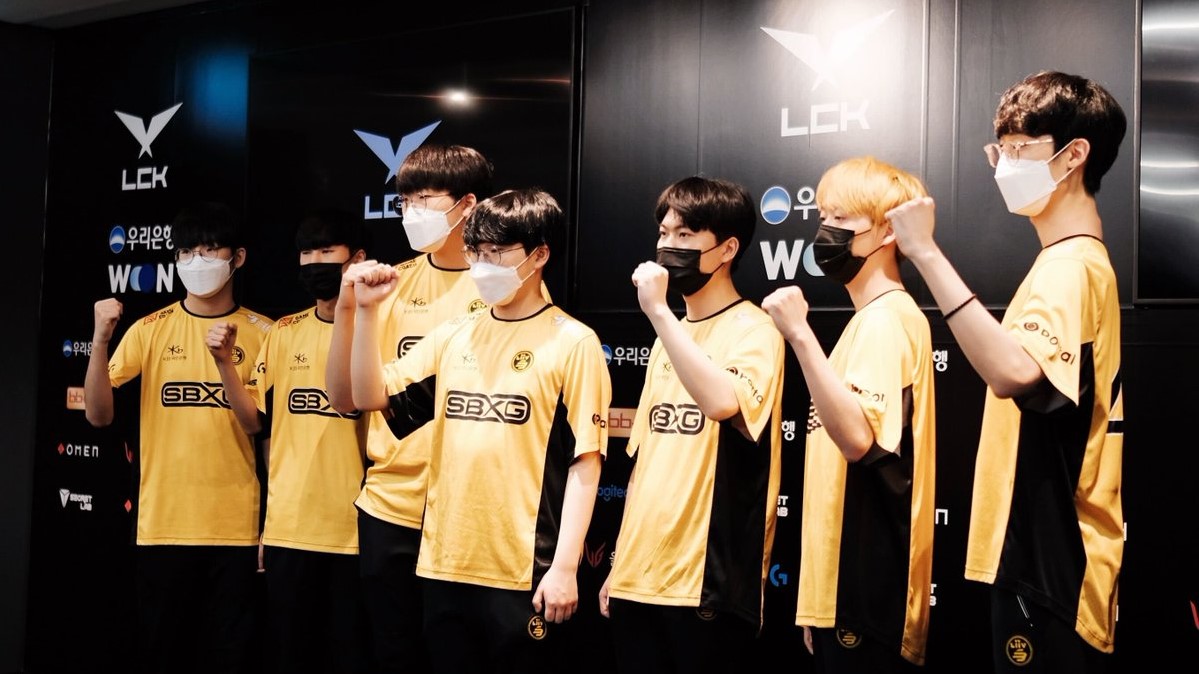 The 2022 LCK Summer playoffs started off with a bang. Liiv SANDBOX and DRX competed in a best-of-five series with both teams looking for a chance to advance further in the bracket. Ultimately, it was SANDBOX who walked away with a 3-1 series victory ending DRX’s journey in the split.

SANDBOX had ended their regular season with a five-game win streak. So coming into the playoffs, they had the momentum on their side. Fans could see the confidence in their gameplay as they took down DRX twice in a dominant fashion.

Croco’s Trundle was the star for SANDBOX in game one. With Kael’s Yuumi attached to his champion, he was able to jump into DRX’s ranks and break their formation. Even while acting as the frontline, he went 6/0/7 KDA, helping his team bag the first game.

The next game was Prince’s stage to shine. The AD carry from SANDBOX was unkillable on the Rift and was always able to pick off enemy champions in skirmishes. DRX was not able to defend against his onslaught, allowing SANDBOX to secure another victory. Prince secured a 10/0/6 KDA in this match.

Stuck in a do-or-die situation, DRX decided to pick scaling champions like Jax and Azir for game three. The strategy clearly worked as DRX was able to completely shut down SANDBOX’s Skarner jungle pick, denying all map objectives to the enemy team. Moreover, kingen’s Jax and Zeka’s Azir were able to turn the tables, helping DRX register their first win in the series.

Game four ended up becoming the longest game of the 2022 LCK Summer Split. Both teams refused to surrender, stretching out the game until the 51st minute. It was a battle between the AD carries from both teams, with Prince and Deft looking for opportunities to outmaneuver and outplay each other.

The confrontation finally ended with SANDBOX taking down DRX’s Nexus, securing their spot in the next round of the playoffs.

While SANDBOX started the series on a positive note, DRX was able to derail them. The series tensed up as both teams were evenly matched in game four. But it was SANDBOX who kept their patience till the end and were successfully able to win the war of attrition.

Since Gen.G has the freedom to choose their opponent in the semifinals, Liiv SANDBOX might face them next on Aug. 20 if they get picked. Otherwise, if Gen.G decide to pick the winner between DWG KIA and KT as their opponents, SANDBOX will play against T1 on Aug. 21.