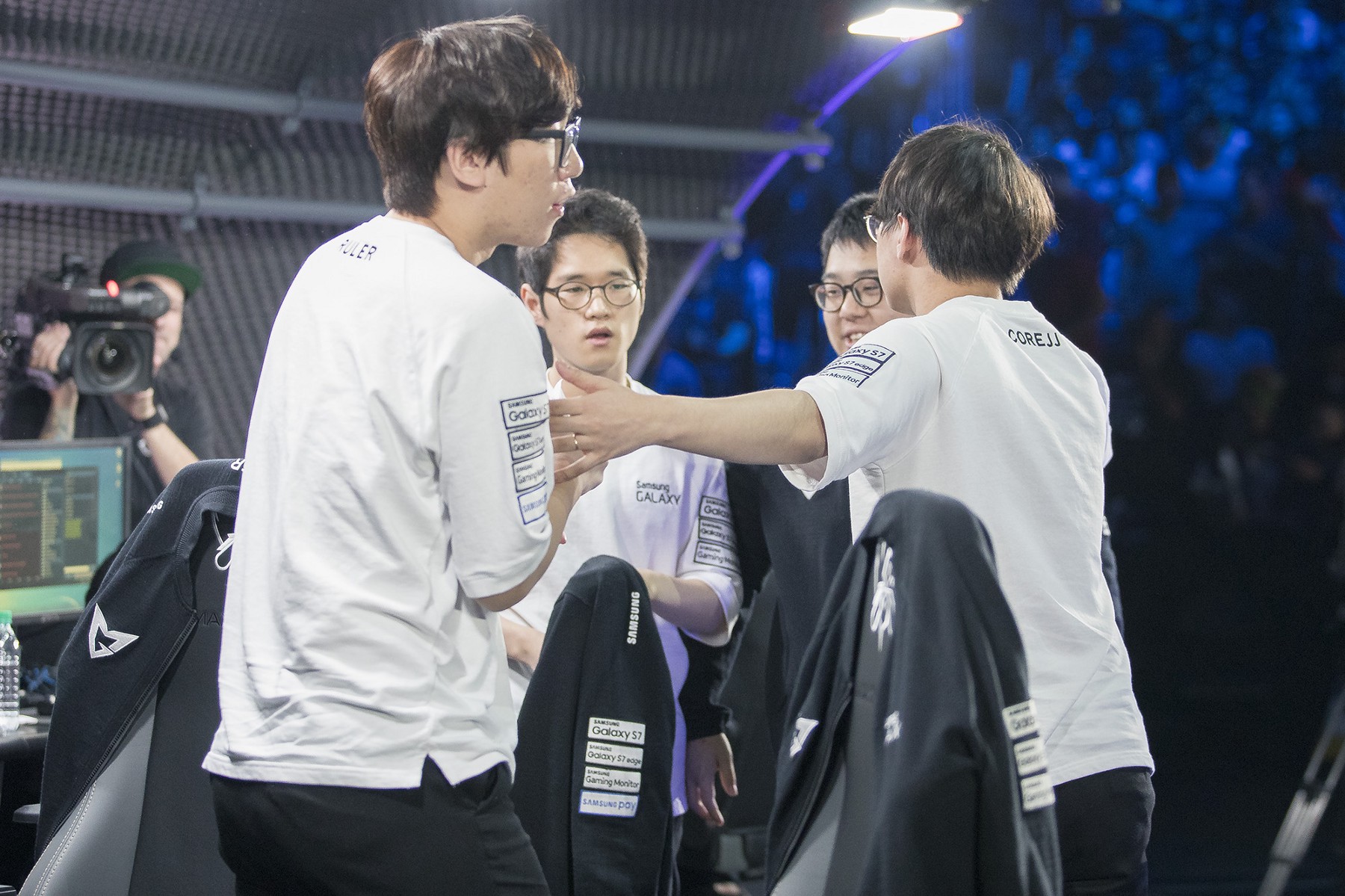 The surprise finalists in this year’s League World Championship will not be making any big roster changes ahead of the 2017 season.

Despite an overall poor performance at the annual KeSPA Cup event in Korea, the Samsung Galaxy roster that successfully reached the LeagueWorld Championship will be keeping the core of players that competed at the event.

This means that top laner Lee “CuVee” Seong-jin, veteran jungler Kang “Ambition” Chan-yong, star mid laner Lee “Crown” Min-ho, AD carry Park “Ruler” Jae-hyuk, support player Jo “CoreJJ” Yong-in and substitute AD carry Lee “Stitch” Seung-ju will continue competing on the team. However, the organization revealed that it has yet to strike a deal with its second support player Kwon “Wraith” Ji-min, who sat out of the majority of the team’s run through Worlds.

Aside from the team’s performance on the international stage, Samsung Galaxy showed impressive form domestically as well. They pulled off an incredible 3–2 victory against favorites KT Rolster in the Korean regional qualifiers, which sent the underdogs to their surprise journey at the World Championship in October.

The off-season so far seems to have created two super teams in the region, and with plenty of free agents still on the market Samsung Galaxy’s greatest challenge in 2017 will be to show that they can continue to perform consistently against the world’s best.