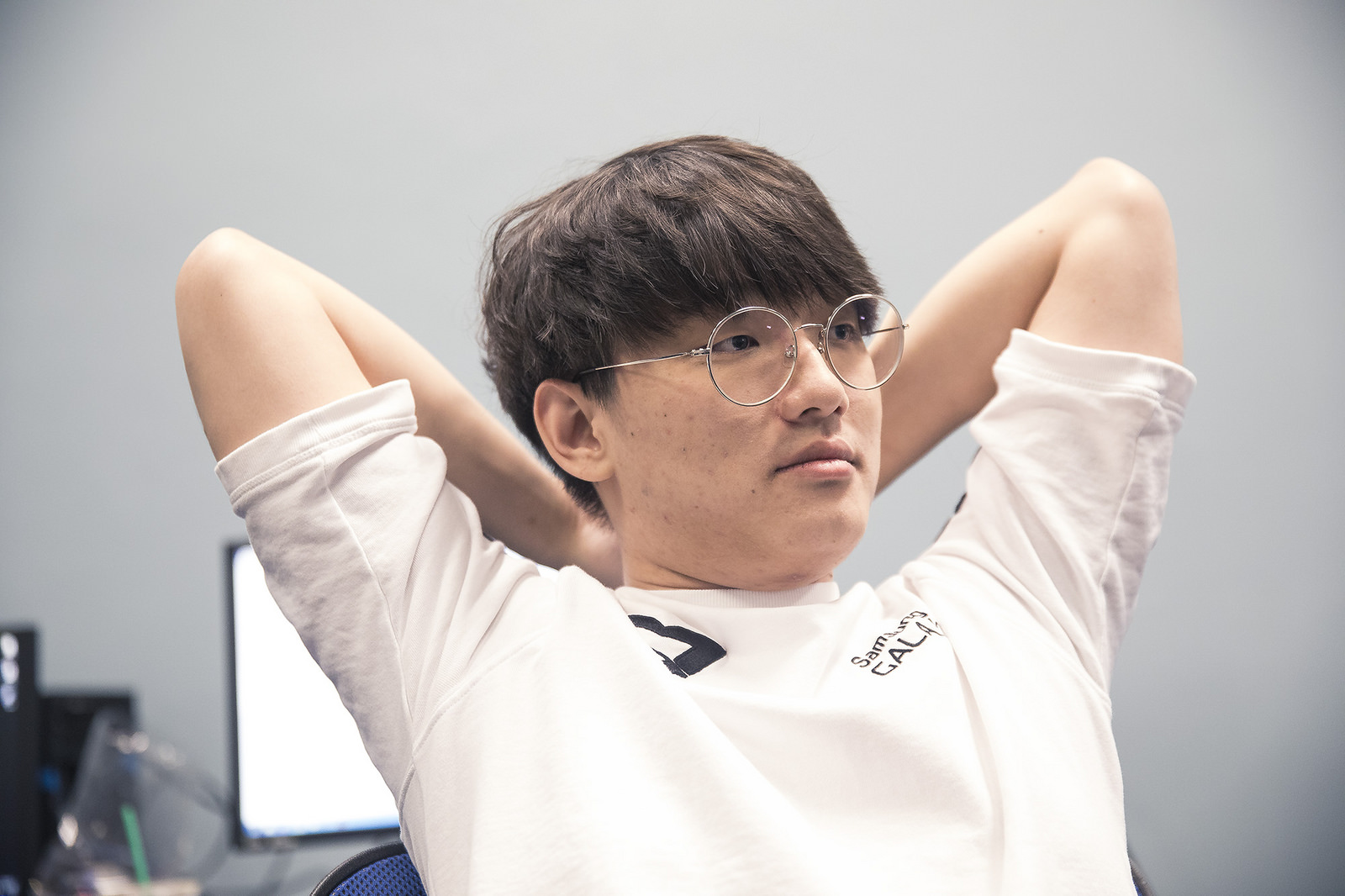 After a loss to Samsung in their first series of the Summer Split SKT went undefeated, beating every other team in the league. But despite having the best record in the LCK at 9-1, SKT were relegated to second place due to their head to head record with Samsung. In order to take first place, SKT needed to beat Samsung.

Not wanting to take any chances, SKT started the series with Blank, their undefeated jungler. Unfortunately for SKT, Blank wouldn’t be enough to secure victory this time.

Drafting a split push composition with Kassadin and Fiora, SKT hoped to take game one past the 30 minute mark. Samsung on the other hand chose to do the complete opposite, drafting a team fighting composition with Sejuani—a pick seldom seen in the LCK.

And as game one progressed, it seemed as if both teams were abiding by their win conditions. Samsung won all the early skirmishes, while SKT top laner Heo “Huni” Seung-hoon dominated the side lanes. SKT even stole the first Baron of the series to keep the gold relatively even.

But once the mid game hit Sejuani became unkillable. Samsung knew that at this point in the game they would win all teamfights, so they started one at the Baron. Unsurprisingly, SKT couldn’t get past the tanky Sejuani to reach Samsung’s AD carry, losing the teamfight spectacularly. From this point SKT were unable to win any further teamfights no matter how great their engage was, losing game one.

Instead of trying to deny Samsung their Sejuani or Taliyah, SKT confusingly let Samsung draft the exact same composition in game two. This turned out to be a huge mistake.

Sejuani once again became a tanky monster, but this time Huni was behind. Samsung punished Huni’s over aggressive playstyle, killing him five times by 20 minutes. Once Samsung handily won a mid game teamfight, the series was over. Able to take Baron, Samsung ravaged SKT’s base with ease.

With today’s win, Samsung are now 4-0 against SKT in summer. First place in the standings, and undefeated against the world champions, Samsung look to be playoff favorites. Samsung will look to further grow their record lead on July 11, when they play the 10th place team, Ever8 Winners.