“What is actually happening, though?” 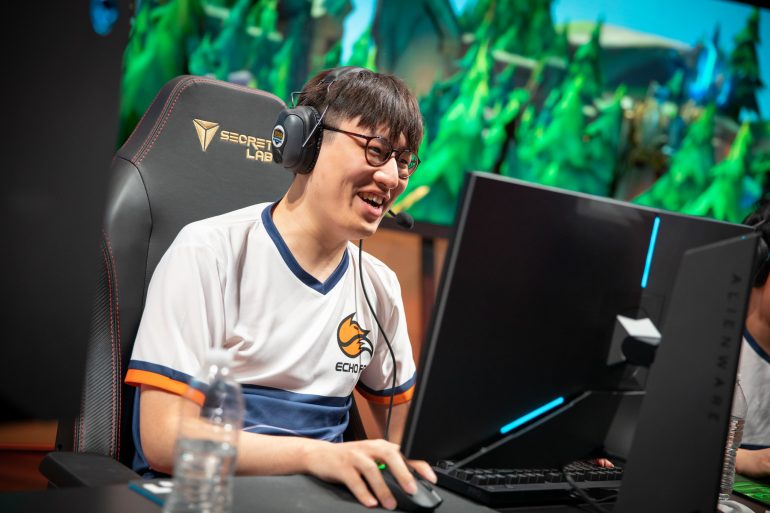 It’s no secret that League of Legends’ newest marksman is overpowered—and former pro Lee “Rush” Yoon-jae may have just found out why.

The Twitch streamer encountered Aphelios during his broadcast last night, discovering the Weapon of the Faithful’s insane damage and range.

After Rush quickly used Zed’s shadows to take out the enemy Karthus, he immediately set his sights on Aphelios. Unfortunately for the Master of Shadows, Rush wasn’t able to assassinate the AD carry with Death Mark (R) and fell to Aphelios in less than one second. But it didn’t end there.

Rush continued to watch Aphelios wreak havoc on his team from the death screen. The enemy AD carry was able to take out another two players while outnumbered using the Crescendum Chakram and Sentry. After the turret marked the ally Thresh, Aphelios made quick worm’s meat of him. Senna then mistakenly got marked by the sentry as well, allowing the AD carry to pick her off from long range.

“What is actually happening, though?” Rush exclaimed. “What the fuck is that?”

Because Aphelios has been the bane of many players’ League experience, he’s been consistently nerfed by Riot. Patch 10.3 will be the fourth update in a row that targets the marksman’s overloaded kit. The Weapon of the Faithful’s maximum range on Calibrum marks will be lowered from infinite to 2,000.

Despite the marksman’s overpowered abilities, Aphelios sits at a 48-percent win rate, according to Champion.gg. This is likely due to his complexity and learning curve.