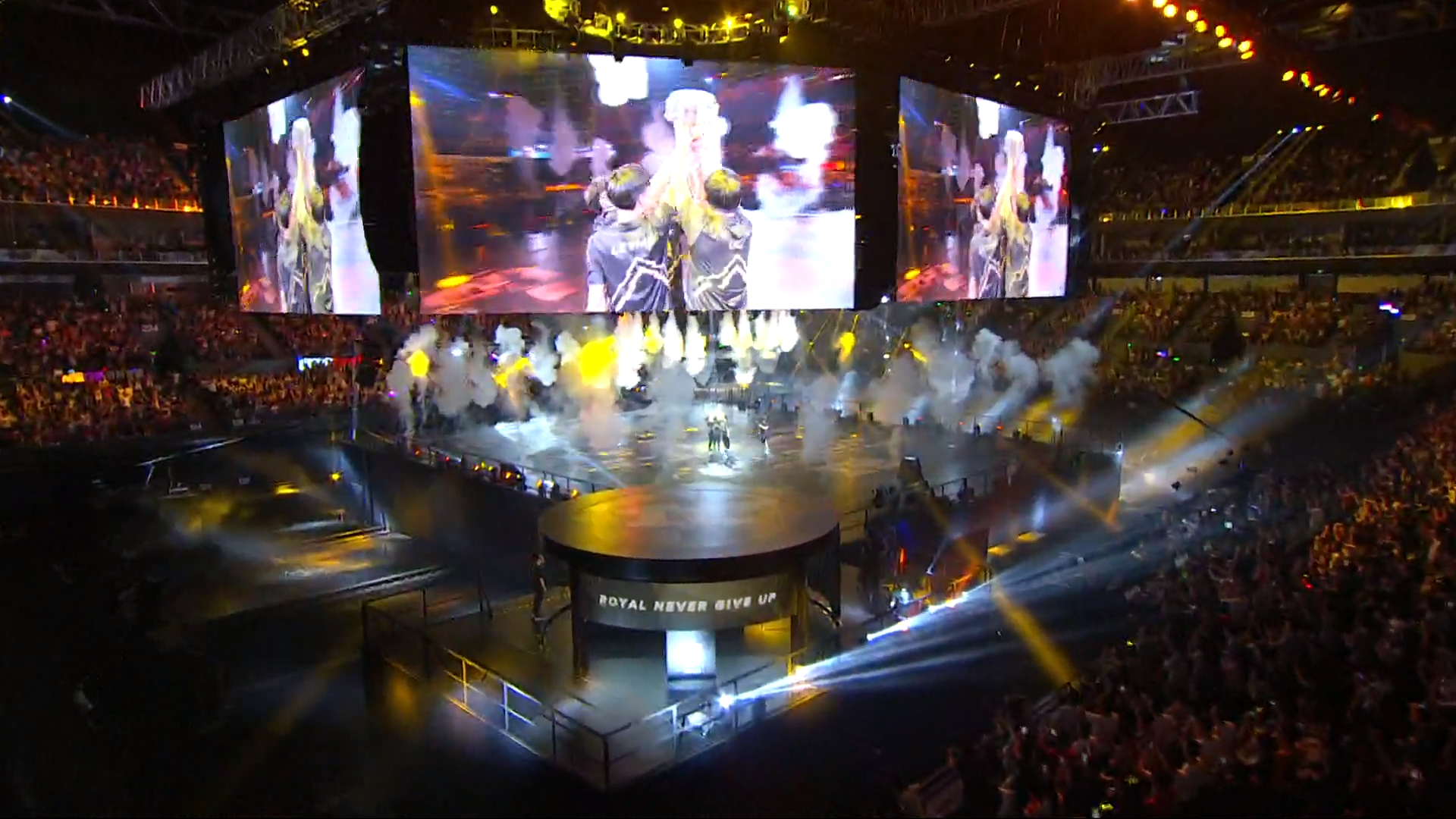 After a number of in-game delays, Royal Never Give Up survived a late scare in a gripping best-of-five series to beat Invictus Gaming and pick up the organization’s second LPL title in a row.

RNG and IG went into the finals knowing each had secured spots at this year’s World Championship in South Korea. With qualification secure, the only prize left on the line was the glory of lifting the LPL Summer title.

In game one of the series, IG were the first to make a move with an aggressive level one gank in the bot lane. This was quickly countered by RNG to secure a minor lead. IG were quick to make up for their mistakes, however, and bounced back to take a convincing lead for the majority of the game.

It wasn’t enough, though, as RNG pushed the game well past the 30 minute mark to capitalize on individual slip ups on the IG side to take an undeserved game one victory.

If Game one was all IG, then game two was the Uzi show. RNG’s ADC came from behind at the start of the game to come up huge and solo carry his team to a well deserved victory.

For most of the series, the big question centered on which ADC would perform best when it mattered most and Uzi certainly showed up in the second game while the rest of his team were faltering at the seems. IG had no answers for RNG, no answers for Uzi, and were looking at a 3-0 sweep.

Now on match point, RNG just needed to close out the game to take the title and send IG packing—but IG had other ideas.

Game three was close with neither team getting a clear advantage over the other. It was only through IG’s superstar jungler Zhen-Ning “Ning” Gao’s baron steal late into that game that IG took the lead to keep the dream of a reverse sweep well and truly alive.

Game four also went in IG’s favor after RNG tried to force a Baron play with their base wide open, giving IG the chance to back door and take the game.

With the series tied and one game left to play, everything riding on one final game.

IG struck first with a dive up top to take a small lead and put RNG on the back foot. It didn’t last long, however, as Uzi slowly brought his team to life to come back into the game, dismantling his lane opponent Yu “JackeyLove” Wen-Bo in the process.

The game then fell to a standstill after the 20 minute mark due to a string of pauses and in-game problems that stalled the game, giving IG time to breathe after an RNG onslaught.

The break seemed to work wonders as IG capitalized on RNG going back to base to take a Baron, albeit at the cost of three of their members lives. With the Baron buff on their side, IG used it to siege the toplane and bot lane to take the inhibitor and take the lead as the team looked to close out the game and steal the title.

One more game pause, however, gave RNG the chance to breathe this time around. With their base wide open, RNG pulled off a miracle play to find a fight in the mid lane to pick off stragglers from IG  and give them a resounding victory.

Although the Summer finals are over, there is still a lot of League of Legends still left to play. The regional finals, to decide the LPL’s third seed at Worlds, begins tomorrow when EDward Gaming take JD Gaming. The winner will then face Rogue Warriors in the final where the victor will head to Worlds.