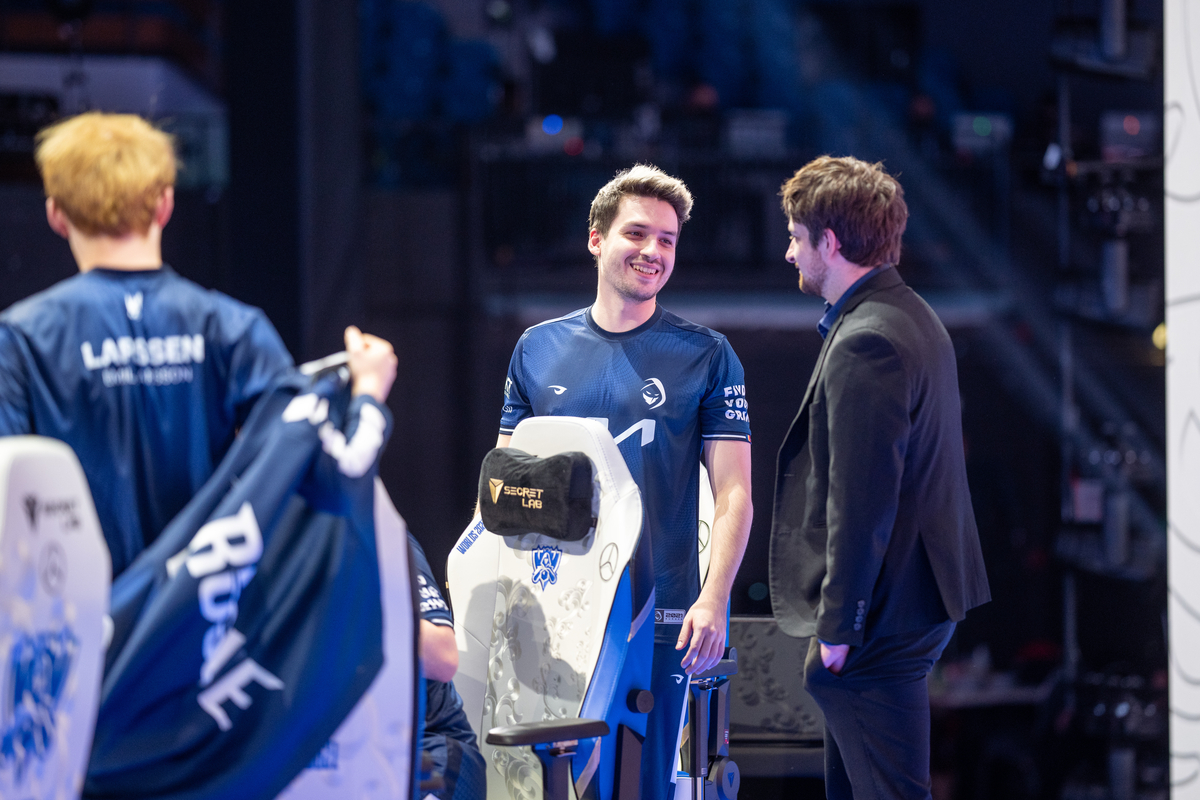 Rogue might have had to rebuild some of its lineup this offseason but the League of Legends team still looked as strong as ever in their first win of the year against SK Gaming today.

The 2022 LEC Spring Split has seen plenty of rosters change up their look, but the boys in blue had to find replacements for two of the best players in the region. Meanwhile, SK Gaming had to do a similar revamping of its team after a lackluster end to the 2022 Summer Split. Several mid-split lineup switches prevented SK from building meaningful synergy between its five players. But now, it hopes to have a roster that it can rely on for the future.

During this game, the difference came from Rogue’s superior teamfighting in the mid to late game stages. Although SK’s roster found a handful of picks with Jarvan IV and Nautilus, the boys in blue saw their new AD carry Comp rise to the occasion and put on a show for his squad. The 20-year-old finished the game with nine kills, five assists, and only two deaths. He also earned his first Player of the Game award of the season, which should help his confidence heading into the rest of the weekend.

Looking ahead to the rest of the superweek, Rogue have matchups against Misfits Gaming and Astralis. These two organizations haven’t been highly regarded as championship contenders, but early wins for Rogue are still crucial to building momentum and space between the rest of the pack before they start to face off against better teams.

SK, on the other hand, have a much harder task in front of them. With games against a MAD Lions squad that just took down the Vitality superteam and a Fnatic powerhouse, this roster will be playing as the underdog for the rest of the weekend. Regardless of whether they’re able to take home a win, this lineup should have plenty of footage to study and improve from moving forward.

You can catch the rest of the LEC’s first week on the league’s official Twitch channel.