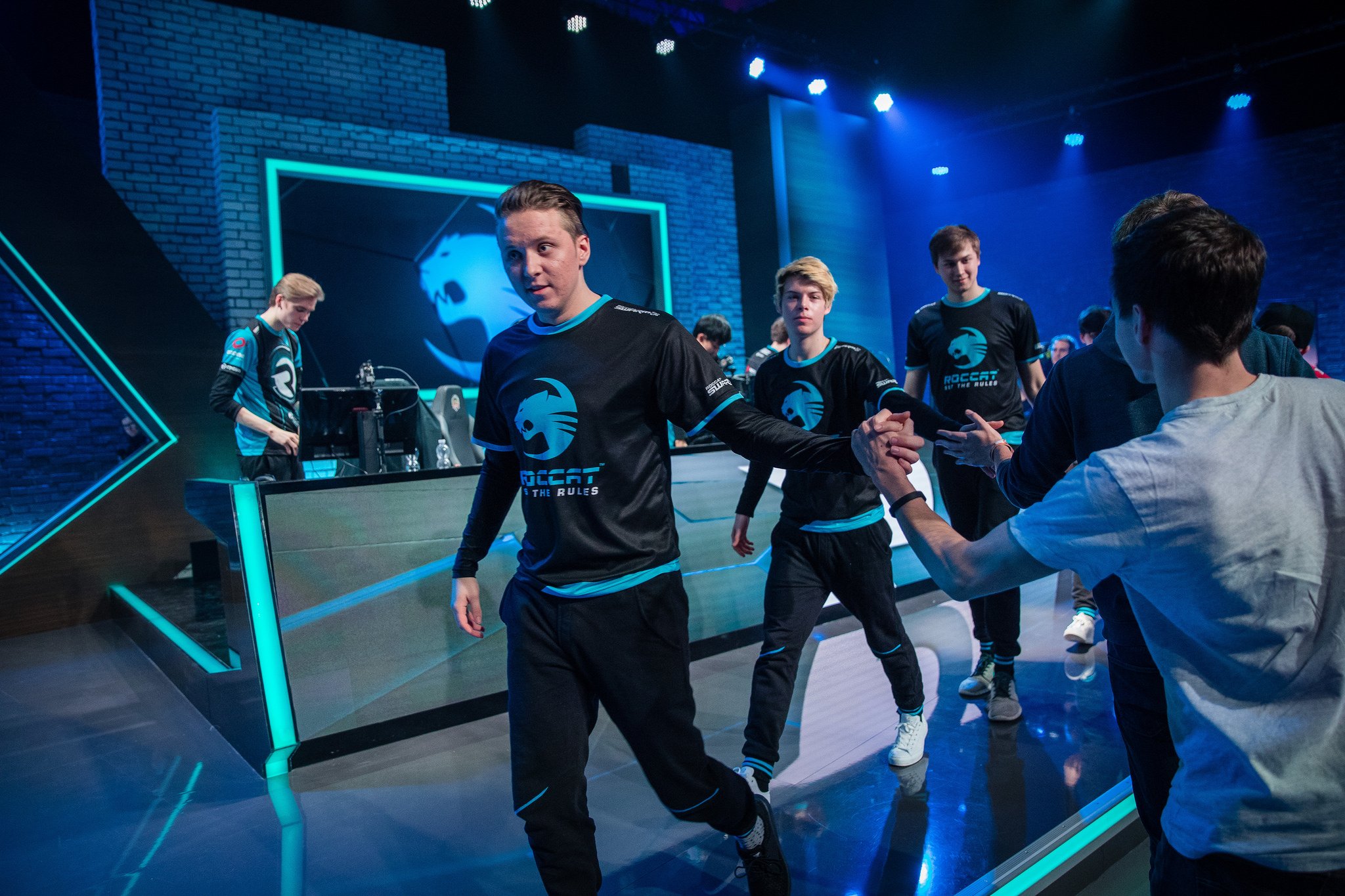 Today’s matches in the European League Championship Series saw fights taking place on opposite ends of the standings. Team ROCCAT and Team Vitality fought it out at the bottom, while Misfits and H2k-Gaming shook up the top of the league.

The first game of this series got off to a quick start, as Felix “Betsy” Edling gave up an early First Blood to Vitality. Charly “Djoko” Guillard capitalized on his squad’s early momentum, going top lane to secure a kill and the first tower of the game. Despite the quick lead for Vitality, this game was close all the way through. As the team’s skirmished, ROCCAT took the opportunity to make a risky play and sneak the Baron. The game was close, but the Baron buff was too much for Vitality to handle, and ROCCAT walked away with the win in just under 42 minutes.

Another First Blood for Vitality gave the squad an early lead, this one more substantial than the last. With skirmish after skirmish, ROCCAT did not back down and fought hard to stay in the game. Vitality managed to sneak a Baron, but ROCCAT held them back and only allowed one tower to fall while the buff was active. When the next Baron spawned, ROCCAT tried for it, but Djoko stole the buff for Vitality, while ROCCAT rotated and took the Elder Dragon a short time later. Vitality failed to win with their Baron buff, and as they went to take the next Baron, ROCCAT forced a fight, stole the buff, and pushed in for the win. ROCCAT entered the week 0-5, but walked away with two series victories.

Fabian “Febiven” Diepstraten took an early lead in the mid lane, bullying Tristan “PowerOfEvil” Schrage, but Misfits earned First Blood. H2k answered by taking down the first tower, but Misfits would not be upstaged as Lee “KaKAO” Byung-kwon earned a double kill. A back-and-forth game saw H2k slowly take control, and then mercilessly push their advantage buy pressuring the map and grabbing kills, dragons, towers, and Barons en route to the game one victory.

Game two saw a questionable pick and ban phase from Misfits, and H2k appeared to have the advantage going into the game. Marcin “Jankos” Jankowski took advantage of his Lee Sin mobility, invading the enemy jungle right off the bat, rotating to the mid lane, and taking First Blood over PowerOfEvil. Misfits never took any sort of momentum or advantage throughout the game, as Jankos and company dominated across the map to take the game and the series.

Will ROCCAT avoid the relegation tournament? Let us know by tweeting us @GAMURScom.