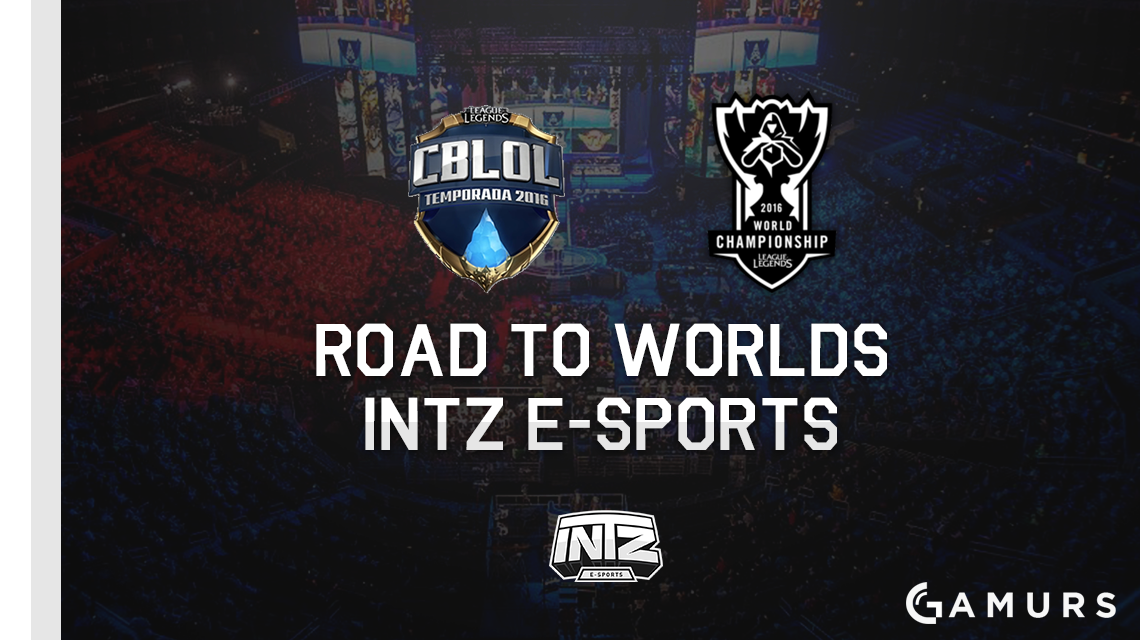 A GAMURS exclusive series, taking a look at the 16 teams goingto Worlds from the beginning of their qualification and see justhow their road to worlds went. Today, we look at INTZ e-Sports, ofthe CBLOL.

Giving love to the League

The Brazilian League and theControversy

To know any League outside of the ‘furious five’ on the European,North American, Korean, Chinese and Taiwanese leagues truly isa sign of a hardcore follower. These leagues like the Brazilian oneare only known by those who religiously follow them for the mostpart. However, I feel these leagues, like the CBLOL, which is runby Riot Games Brazil, showcase the heart, soul, and dare I say,fun, of the League of Legends community as a whole. But they stillhave their own controversy.

For those that do not know INTZ e-Sports as anything else otherthan one of the ‘two random teams’ that took the International WildCard places in the tournament, allow me to fill you in. INTZe-Sports is a multi-gaming organization that hails from Brazil(if you couldn’t guess that yet) and is one of the two teams toplay in Worlds as the wildcard.

The organization started off on rocky terms at the beginning oftheir 2016 Summer Season with Riot banning INTZ directors fromparticipating in public Riot events for one year, due to violationsin the sister teams rule. The team sNk were also suspended.

The Summer Season and SummerPlayoffs

The Brazilian league was an avid user of the best-of-two formatbefore Europeans got used to the sight of it, beginning on Jan.15 just after some controversy, INTZ were left to dwell with adraw with former Wild Card representatives Pain Gaming. However, adifferent kind of pain was looking to catch up to INTZ.

On Dec. 4, 2015, organizations paiN Gaming and INTZ failed topresent their official line-ups for the First Week of CBLoL 2016.The rules of the competition as stated by Riot Games Brazil saidthat in addition to five members and the coach, organizations musthave at least two other players in their reserves to count as afull roster.

On January 22, 2016, both organizations had been informed ofsuch penalties and were found to violate the Regulations of CBLoLand would be penalized. The penalties were as follows;

Deduction of two (2) points on the leaderboard of CBLoL for eachindividual missing player in their roster.

As such, in week two, INTZstarted at bottom of the table even after a win against theirformer sister team, Red Canids. With the worst out of the way,though, INTZ went on to have a successful Summer Season, notregistering an overall loss throughout the entire season but onlymanaging to come second overall in the group, just behind KeydStars.

Thus, in typical League of Legends playoff fashion, INTZ wasgiven the second seed, met Operation Kino in the semifinals and,after what would be an early scare for the team, trounced theiropponents 3-1 to move on and face Keyd Stars in the finals. INTZcommandingly won the series 3-0 deficit to head into theInternational Wildcard Invitational for the 2016 Mid-SeasonInvitational.

The loss of potential

The International Wildcard Invitational for MSI took the top teamfrom the leagues in Brazil, CIS, Japan, Latin America North, LatinAmerica South, Oceania, South East Asia and Turkey to battleit out for a spot to attend a worlds stage event. In this instance,it would only be the winner who would be getting to MSI and INTZwere one of such teams hoping to make their mark on the worldsstage early.

It would be best-of-one in this format, with best-of-five seriesonly coming in as the final four teams fought it out to decidewhich team would make it to MSI in China. INTZ did notstart well in the round robin, losing the first game to Hard Random(now known as Albus Nox) of Russia.

The stage would be close knit until the very end with only twoteams able to fight it out for that all important space on the MSIcircuit, three teams would find themselves being tied for firstplace, leading to a tie-breaker situation between SupermassiveeSports, Hard Random and INTZ e-Sports. Unfortunately, it would beINTZ who would miss out on the chance to fight for that allimportant place as they lost out to Hard Random, with Supermassivebeing the one to go to MSI 2016.

One Last Shot to rise toredemption

INTZ returned defeated and looking for redemption, after a horridstart to their season and a lot to prove considering theorganization’s earlier controversy. It would be Operation Kinoe-Sports, RED Canids, and Big Gods who were penalized four,six, and 16 points respectively this time at the start of theseason for not submitting paperwork on time.

INTZ would continue on with their impressive regionalform and not lose a series (3-4-0) at all once again.Witheverything to paly for going into the Winter Playoffs, INTZ wouldonce again find themselves in familiar territory as the secondplaced team in the CBLOL region.

Going into the Winter Playoffs, paiN Gamingwas the team standingin INTZ’s way in the semi-finals. PaiN, looking to return tothe Worlds stage for a second year in a row, would give INTZ a runfor their money as they went to the full five games in theseries with INTZ. Gasping for air, battered, and bruised, INTZ madeit through to the finals with a shot a redeeming themselves andgetting one more shot at Worlds. As if it were textbook, with onlyone late scare from fellow finalists CNB e-sports club, INTZ tookthe win and found themselves as Brazil’s representatives atthe IWQ once again.

This time, though, it would be a different story with INTZ onlyregistering two losses in the group stage. The stage was set asthey entered into their qualifying match against Dark Passage. INTZfans were on the edge of their seats. It was meant to be asINTZ cemented their place into Worlds 2016 after a gruelingfive-game series to take the final game and break DarkPassage’s hearts. The INTZ playersredeemed their organization and proved that hard-work anddetermination paid off in the end.

And that, ladies and gentlemen, is INTZ e-Sports “Road toWorlds!”