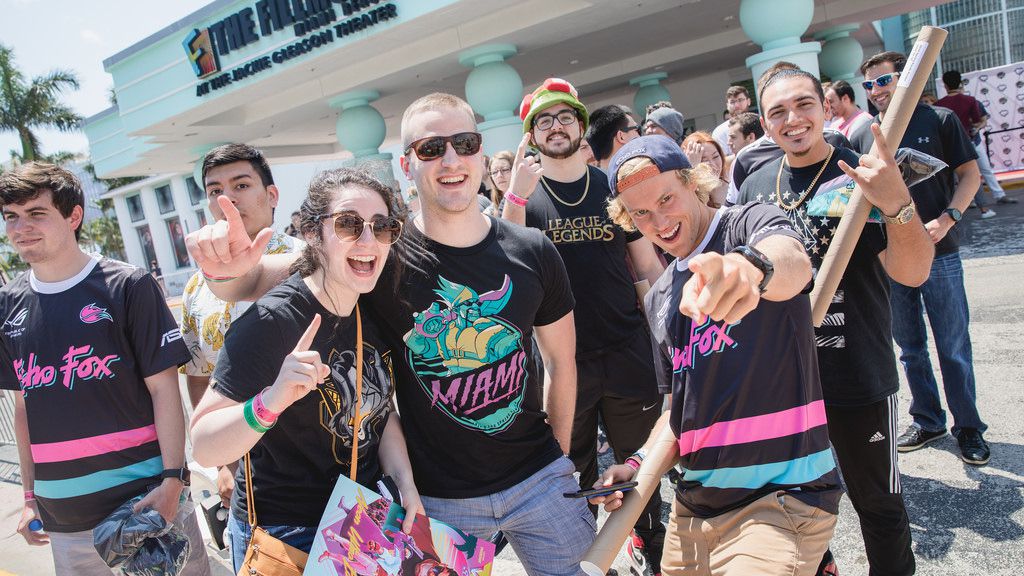 Up until this weekend, most Riot-hosted events and tournaments have gone the same way. You arrive at the venue, you sit down in your seat, you watch your favorite team play, and you leave. The 2018 Spring Split NA LCS finals in Miami, however, are an entirely different story.

At past venues, depending on the event, you might have had time to pause on your way to your seat to take a silly photo behind a giant League of Legends loading screen border, meet your favorite caster, sit in a faux gaming chair, or even play a game of League.

Here in Miami, though, Riot brought out the big guns to turn it into an authentic fan experience with tons to do. The event transformed finals weekend into more of a convention-style experience as opposed to your standard sporting event. There were booths, a cosplay station, body art tents, bean bag toss, a red carpet, team meetups, an arcade with a brand new League-inspired game, merch stores, a sign-creating station, and food.

Oh, and alcohol. There was a lot of alcohol.

This venue in Miami, the Fillmore at the Jackie Gleason Theater, can only hold between 2,500 and 2,800 people, which is drastically lower than the nearly 20,000 capacity that TD Garden in Boston boasts. Last year’s Summer Split finals were held at TD Garden.

Holding the tournament at such a small venue likely allowed Riot to explore more activities for fans, and we wouldn’t be surprised if smaller venues like this were explored in the future.