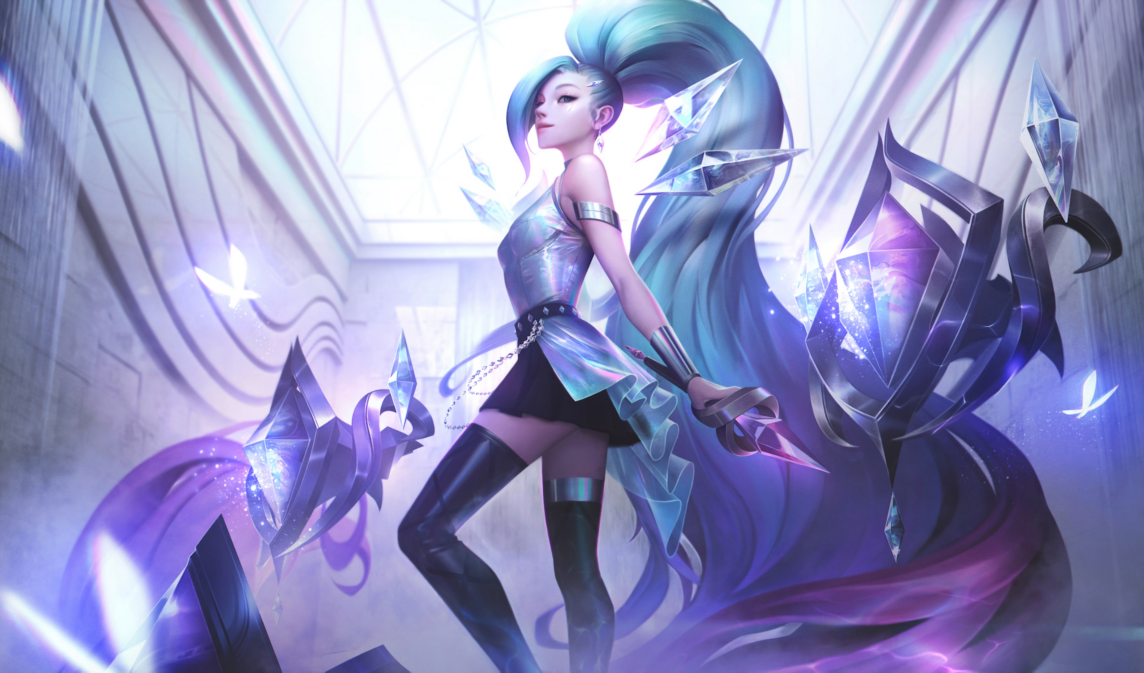 Since Riot Games revealed Seraphine as the next champion to join League of Legends, fans have been voicing their complaints surrounding her Runeterran lore. But Riot’s co-founder Mark “Tryndamere” Merrill confirmed last night that the Starry-Eyed Songstress will have her lore “fixed” soon.

The current lore that was released to the public was “supposed to have been removed from the IP,” according to Tryndamere. The problems that many people have concern the way she uses Brackern souls to power up her stage and gain guidance for her own magical capabilities.

In League‘s lore, the Brackern are a race of sapient crystal scorpions that lived peacefully in Shurima—this is the same race that the champion Skarner is a part of. When the Rune Wars sparked, the Brackern hid themselves by hibernating underground to wait out the destruction.

The Brackern were untouched for many years until Shuriman and Piltovan thieves found them in the desert and tore out “namestones” from the sleeping scorpions’ bodies.

A namestone is one of the most important parts of a Brackern’s body and is critical to their livelihood and culture since it connects them to a hivemind where they can sense each other and their ancestors’ thoughts. These stones are also connected to a Brackern’s soul, which means that if they wake up without it, they perish.

These namestones were eventually renamed to Hex Crystals by Piltovans and were later used to power many inventions, including multiple Hextech contraptions. According to Seraphine’s lore, the singer found out about the Brackern’s existence within the Hex Crystal that powered a device to keep her powers in check.

Instead of trying to help return the namestones to the Brackern, she looks for guidance from the Brackern soul within to help her control her powers. She even uses the namestone to power up her floating stage. As a result, she now looks like a “bratty girl” who’s using the stone for her own personal gain. And yet Riot is marketing her as an empathetic singer who connects with her fans through her music.

Tryndamere didn’t provide any specifics on when Seraphine’s lore will be “fixed.”