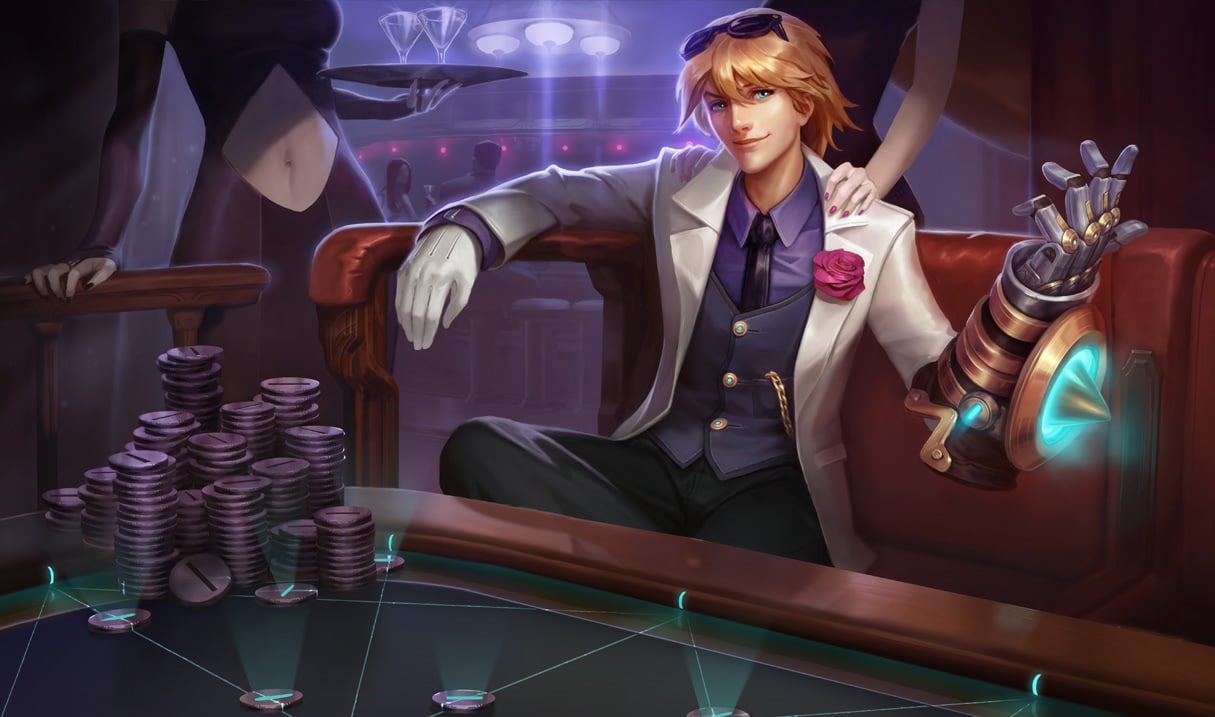 The latest metabreaking pick to sweep the League of Legends playerbase is the infamous jungle Ezreal. At this point, it’s infamous and extremely divisive. Half of the community loves it, and the other half hates it. Riot, however, falls in the first half.

That’s right, Riot is a big fan, according to a post on the official forums from Andrei “Meddler” van Roon, lead gameplay designer.

If you’re in the camp of players that despise the pick, that might annoy you a bit. Ezreal is an ADC, and the fact that ADCs keep becoming viable in oddball roles is just a big red flag that the ADC role must be broken, right? You’re not entirely wrong, but there’s more to this pick than meets the eye, and after some investigation, it becomes clear that it isn’t such a bad idea. Maybe, just maybe, it’s actually good for the game.

Over the past few weeks, jungle Ezreal has cropped up in more games than the bot lane counterpart—the role that was meant for him. It isn’t just played more often, either, it also wins more often. Out of all the games Ezreal is played, 56 percent of them are in the jungle, and the role’s winrate is two percent higher than bot lane Ezreal, according to League stats site OP.gg. Mobalytics, a practice and self-improvement app for League players, even places him in the top tier of viable junglers in the current meta.

Ezreal’s power as a laner is considerably weaker than most ADCs. That’s mostly because he has to build and stack the Tear of the Goddess while other ADCs can buy items that spike their power in the early game rather than hinder it. If he opts out of the Tear, he has to rush the Trinity Force, one of the most expensive items in the game, and even if he builds the tear, he still builds the TriForce afterward, further delaying his power curve. This isn’t a problem that any other viable ADC has to deal with, setting Ezreal behind by quite a bit.

In the jungle, though, Ez doesn’t have to build the Tear thanks to Blue Buff and the mana regen from Hunter’s Talisman. What’s more, he can build the jungle item with a Warrior enchantment, giving him a big chunk of AD and cooldown reduction pretty early on. Sure, he doesn’t have much crowd control to aid in ganks, but he deals a surprising amount of damage—and if he has Red Buff, it gives him even more ganking power. He deals so much single-target damage that he can also clear camps faster than most other ranged junglers like Kindred or Twitch, depending on how brave you are.

The fact that he fits so smoothly into the jungle and not at ADC isn’t really a problem, either, because to make him a viable ADC, Riot would have to fundamentally change what makes Ezreal who he is—spammable skillshots. This way, Ezreal has a healthy role, and it isn’t OP in the slightest. It has very clear cut counters in both early invades and crowd control, and he performs significantly worse as a jungler when his laners are behind. Due to his lacking CC, he doesn’t have the tools required to help his laners get kills to catch up. It’s a fair trade off for his remarkable damage.

If you’re looking for the problem behind all of this, the biggest and most notable one is probably the Tear of the Goddess itself. Ezreal was pretty much the only champion that built it, and that’s because of the early-game issues that it brings with it. Hopefully the last Tear wielder jumping ship to a build that doesn’t require it will bring some attention to the item. Maybe it’ll become the next Deathfire Grasp, and Riot will just remove it.

One thing is certain, though. Something needs to be done with it, because as it stands right now, no one is ever going to give the item so much as a second glance. Ezreal certainly won’t.