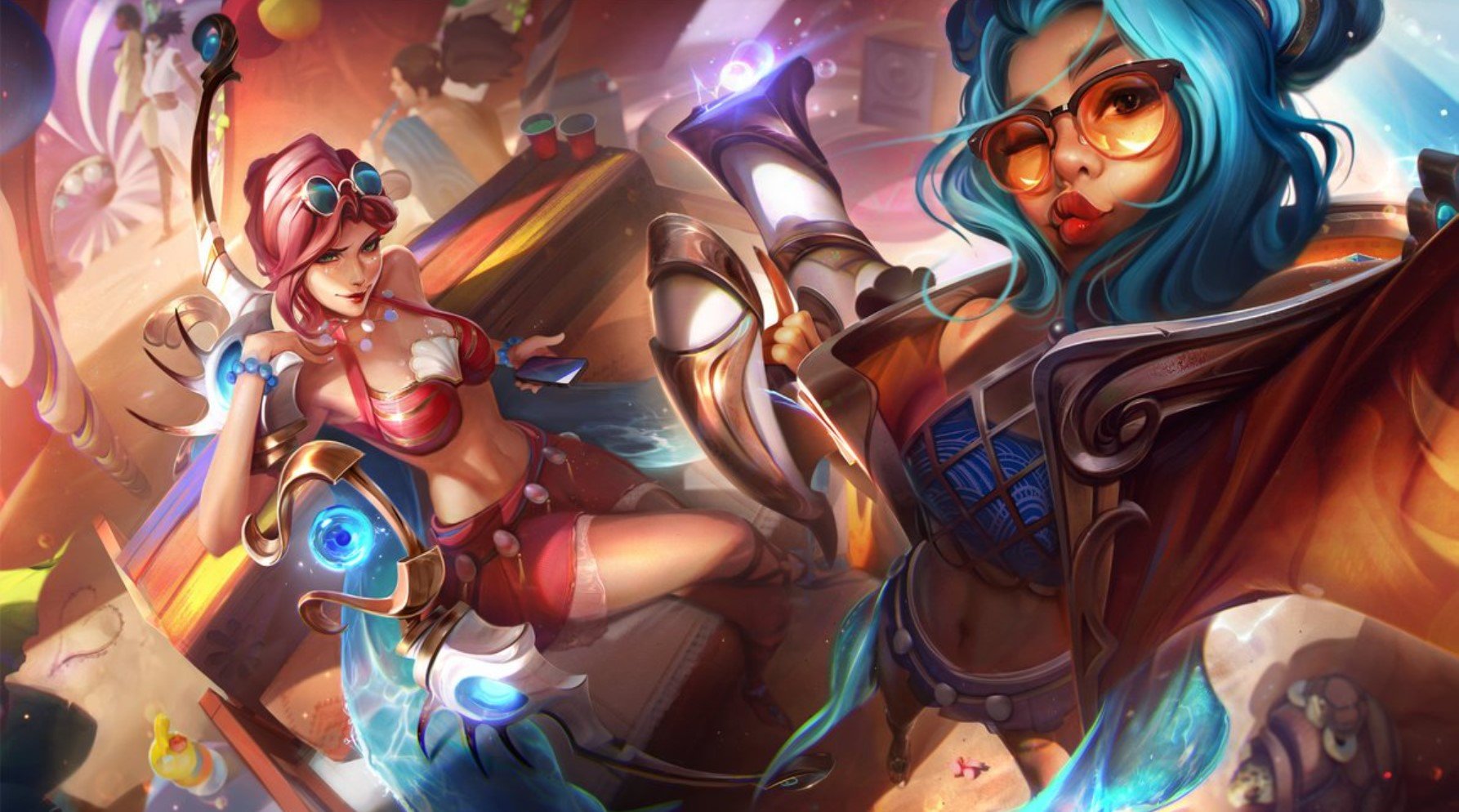 Riot Games has teased the next batch of upcoming water-themed League of Legends skins for Yone, Nidalee, Zeri, Ashe, and Seraphine. The skins come just in time for the warm weather months in the Northern Hemisphere. Each of the thematic and visual components presented in the champions’ skins revolve heavily around aquatic, summertime-centric elements.

The skin line, titled “Ocean Song,” gives off good vibes across the board. Each champion given a skin appears as though they’re attending a nighttime poolside party complete with loud music, flashing lights, and splashing water.

The models for the skins themselves see the champions wearing poolside attire, while their abilities are heavily enhanced with water-centric visuals. Ocean Song Zeri, for example, shoots pellets of water from her blaster with Burst Fire (Q), while Seraphine unleashes a barrage of bubbles when using Stage Presence (P).

Seraphine will also receive a Prestige edition of her Ocean Song skin, which turns the aquamarine color scheme of the base skin into a light pink.

Each champion receiving an Ocean Song skin has a unique recall animation attached to their skins in which music plays and flashing lights shine all around them as they head back to base. While some champions like Zeri (who is receiving a new skin just four months after her release) do a little dance when heading back to base, others, such as Yone and Seraphine, become the life of the party through their recall animations by summoning a full stage setup to perform upon as they channel.

The upcoming Ocean Song skins are set to be released during a future League patch. With Patch 12.10 releasing tomorrow, May 25, it’s likely that these skins will hit the live servers on June 8 when Patch 12.11 launches.