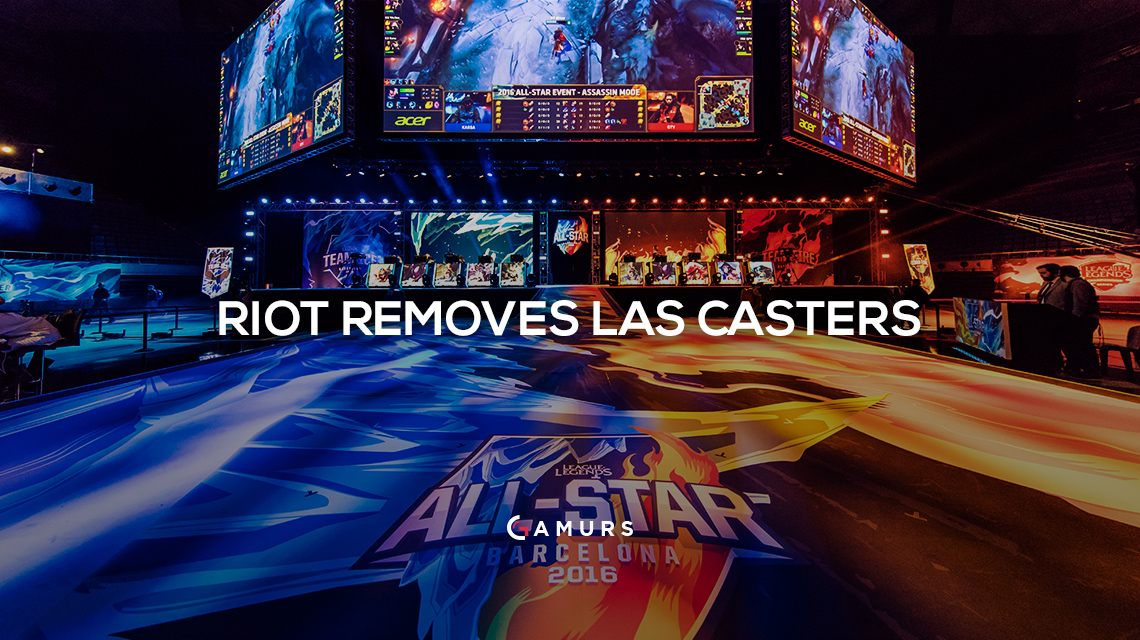 Two LAS casters have been removed from broadcasting the rest of All-Stars following a racist on-stream incident. For those unaware, after Bae “Bengi” Seong-woong’s 1v1 game, casters Diego “Vendetta” Ramirez and Bastian Guzman were heard using the phrase “Ching-Chong” in Spanish during a live broadcast, which can be viewed here.

Since then, Chris “Chopper” Hopper from Riot has issued a statement, revealing that these two casters have been removed from the event until further notice. In the announcement here on reddit, Riot goes into a bit more detail.

“Hey guys, posting a translated message here on behalf of the LAS broadcast team: Hey everybody, Riot Catador here, broadcast manager for LAS. We’d like to apologize for the comments made on the LAS broadcast earlier today; we’re extremely disappointed in the behavior of those two casters, and have removed them from the remainder of the broadcast. This kind of language is unacceptable, and we apologize to all of our fans, players, and teams.”

Here is the official comment from the Reddit discussion of the LAS casters’ racist comments after Bengi’s game [at 4:44:50].
Racism of any kind should not be tolerated in any form of competition and it is good to see Riot acting swiftly to get rid of those involved. It is unknown if any further punishments will be enacted at this time.