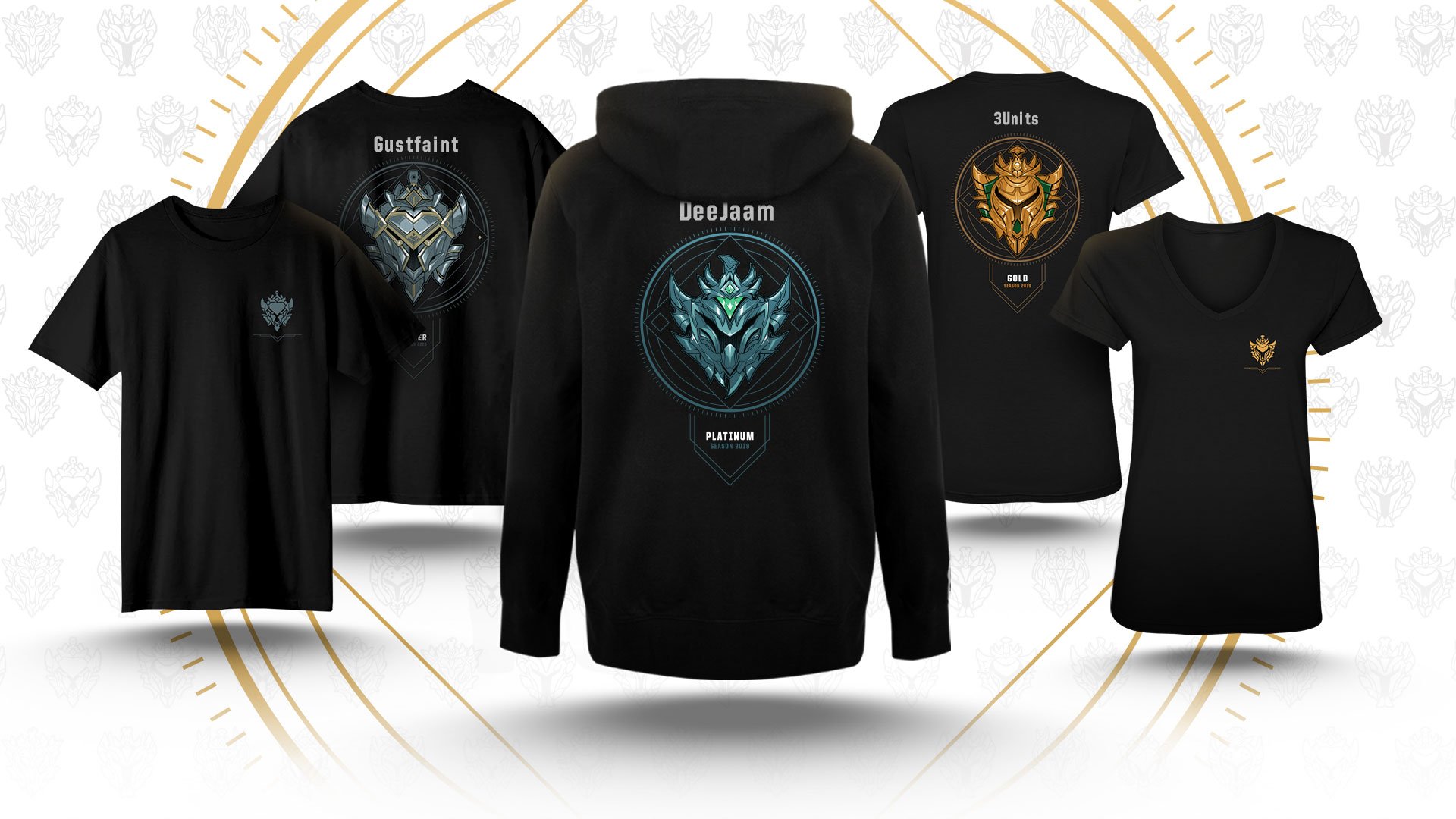 Starting today until Jan. 21, 2020, League of Legends players can commemorate their season nine triumphs with Ranked Merch Unlocks. Riot Games’ latest edition to its merch shop offers players the opportunity to buy customized apparel with their rank and summoner name.

For its inaugural release, players can choose between a women’s short sleeve shirt, a unisex shirt, and a hoodie. Both shirts are priced at $30, while the hoodie goes for $65. Each piece of clothing features the same design and layout. The front of each is host to a small, minimalistic image of the ranked icon that appears on a player’s summoner profile in the League client. The back features a larger and fully-detailed ranked icon with the player’s name, rank, and the words “Season 2019.”

To take advantage of these items, players must be at least Honor Level 2 and have been ranked in either Summoner’s Rift or Twisted Treeline at the end of season nine. Each player’s Ranked Merch Unlocks are specific to them and players must first log in to see their personalized shop. Players will have access to items that feature their highest rank. If a player is Platinum, they can only purchase items with the Platinum icon. Additionally, the inclusion of a summoner name is optional. But it’s tied to the player’s log-in information and can’t be changed.

Ranked specific merch isn’t new by any means. In previous seasons, players who reached Challenger were gifted jackets or backpacks by Riot. Of course, this was entirely limited to one rank. Now, players of any rank can show off their seasonal accomplishments in and out of the League client.