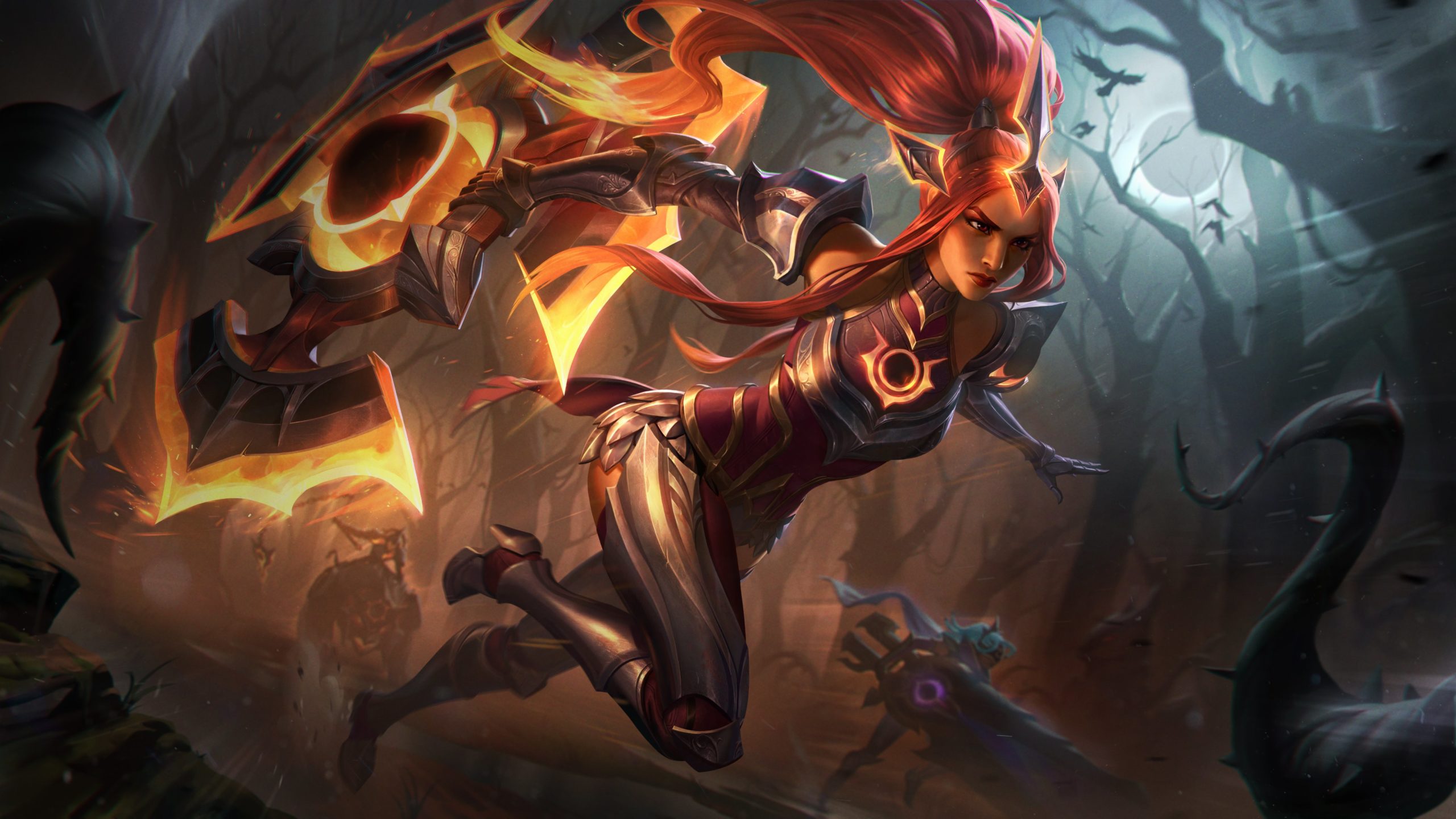 Riot Games recently revealed that the next champion to receive a mid-scope update in League of Legends will be Sivir. The devs are aiming to update her kit with these changes but not remove her identity, much like previous mid-scope updates to Olaf, Taliyah, and Swain earlier this year.

Riot RayYonggi, a game analyst at Riot, provided details today on what parts of Sivir’s kit are being changed. Players can expect these changes to be live on the PBE later this week for extensive testing, yet they’re not likely to be released onto the live servers for a while.

All aspects of Sivir’s kit are being changed in some capacity, though she will retain all of the abilities that she currently has. Riot seems to be targeting Sivir’s strengths in the early game by reducing her abilities’ damage and base mana while rewarding her with better scaling into the mid-and-late game.

Sivir’s base stats are being slightly adjusted to prioritize her mana usage across her abilities. Her overall mana, mana regeneration, and base AD are being reduced heavily, though in their stead the AD and attack speed she gains per level are being increased. Players will also notice that Sivir’s passive is being tuned down a bit to make her less oppressive in catching up to her opponents without her ultimate.

Sivir’s Q, one of her more oppressive abilities for wave clear and poking enemies, is also being impacted with a focus on the late game over the early game. Its damage early has been reduced while its damage late has increased slightly and now scales with crit chance. The ability’s cast time will also now scale with Sivir’s attack speed.

Riot is taking away the ability for Sivir’s W to bounce infinitely, instead only bouncing to seven enemies. But it can now bounce to the same enemy twice for the same amount of damage. The passive on Sivir’s ult that increased Sivir’s attack speed when using her W is also now tied directly to her W, giving her this buff before she reaches level six.

Sivir’s E will continue to block an incoming spell but will not refund mana upon getting hit. It will also now cost 40 mana at all ranks and have a higher cooldown. In place of the mana refund, Sivir will now heal herself slightly, scaling with both her AD and AP.

Sivir’s ultimate will be receiving the most significant changes of her mid-scope update. Riot is testing changes that remove the bonus attack speed and initial movement speed burst of the ability. While it will still give the movement speed buff to Sivir and her allies, it will now also refresh on enemy takedowns and give Sivir a 0.5-second cooldown on her abilities for hitting her basic attacks while her ultimate is up.

Players can look forward to testing Sivir’s mid-scope update on the PBE later this week. It is likely that many of these changes will be tweaked over time as testing continues.