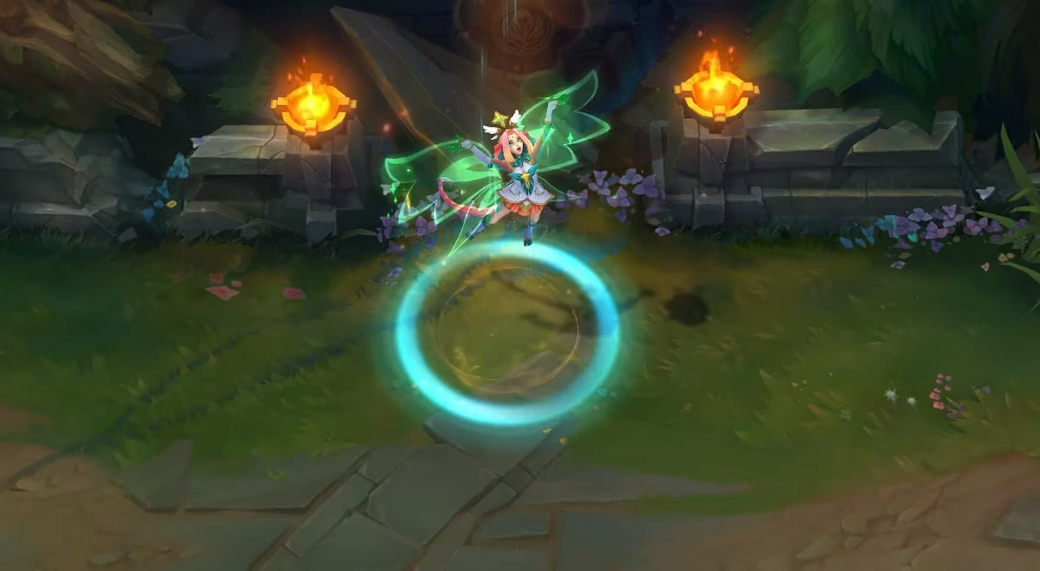 Four new Star Guardian-themed skins hit League’s Public Beta Environment today. Xayah, Rakan, Zoe, and Neeko are all set to receive new skins in the weeks to come, according to a new post from the Turkish League of Legends Twitter account.

Zoe, Xayah, and Rakan’s new skins share a darker color palette—one that resembles the Cosmic or Dark Star skin lines instead of the brighter-themed Star Guardian line. The three characters each have the Star Guardian theme music playing for their recalls, while both of the lovebirds are cleansed of the darkness and return to the classic Star Guardian ensemble before returning to base.

Neeko’s new skin, on the other hand, closely resembles previous iterations of the Star Guardian theme. The Curious Chameleon is dressed in a green and white outfit with golden star accents. Her tail, hair, and skirt are peach-colored and the mage’s Star Guardian companion is a fat frog.

The skin trailer also includes a preview for Prestige Star Guardian Neeko. The prestige variant is a golden take on the champion’s new skin and will likely be available for fans to unlock during a Star Guardian-themed event.

Last year, a major list of leaks was posted to the League subreddit but was quickly removed. The leaks, which accurately predicted the Lunar Revel skins for Sejuani and Tahm Kench, included Star Guardian skins for Tristana, Neeko, and Nunu & Willump. The post also included three “Anti-Star Guardian” skins for Veigar, Zyra, and Syndra.

The leaks correctly pointed to Neeko as a recipient for this year’s Star Guardian skins, but the rest seem to have fallen through. It’s possible the reason behind Zoe, Xayah, and Rakan’s darker-themed skins is because of a new “Anti-Star Guardian” take on the skin line, as the leaks suggest.

Today’s new batch of skins will remain on the PBE for further testing before going live in a later patch.