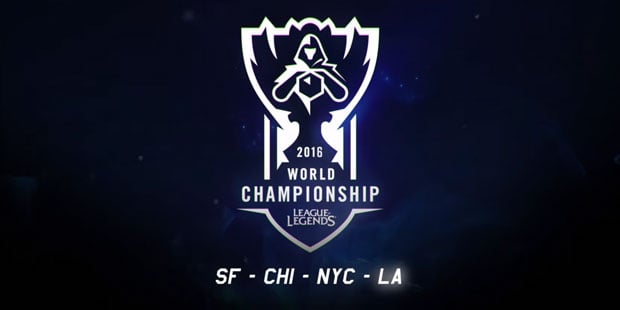 The League of Legends World Championships is the end all be allthat every team in the world strives to attend. It is thecombination of an entire year’s efforts to be the best of the bestand to showcase your skills on the global stage. But as we progressand grow as an industry, so should the tournament expand tohighlight the worldwide appeal of the game.

In short, it feels like the world is not truly representing onthe global stage. The introduction of wild cards into thetournament was a plus, but just having a handful really doesshowcase a lack of global appeal that the esport seems to have asof late. It is entirely my own opinion that for the game tocontinue to grow, the tournament itself needs to be open to moreteams and more audiences worldwide, even if said teams are joiningout of official riot sanctioned events.

I feel that first, the tournament would need to expand from itscurrent format of 16 teams to a possible expansion of 24 (at theminimum) in order to offer more matches over the course of thetournament to improve the competitiveness and standard that atournament of this size could offer, as well as opening up spacesfor a third LMS space and Wildcard space, perhaps even givingBrazil and Turkey its own space due to the increased popularity andcompetitiveness in the regions themselves. Even giving them theirown leagues might be beneficial to the cause looking forward.. Butthen again, this would only be considered as a backfire and abetrayal to those who work day in and day out to get the toppositions in their respective leagues to go to worlds in the firstplace.

In short, I do believe that an overall “Worlds” feel is stillneeded; Europe and North America do take up a large chunk of theworld itself, but places like South America, Asia, Australia andother countries still could have teams catered to the global stage.In the end, it all comes down to growing an audience outside of thecurrent regions to make League of Legends a global esportspower.

Do you think that the amount of teams for Worlds should beincreased? Let us know by commenting below or tweeting us @GAMURScom.