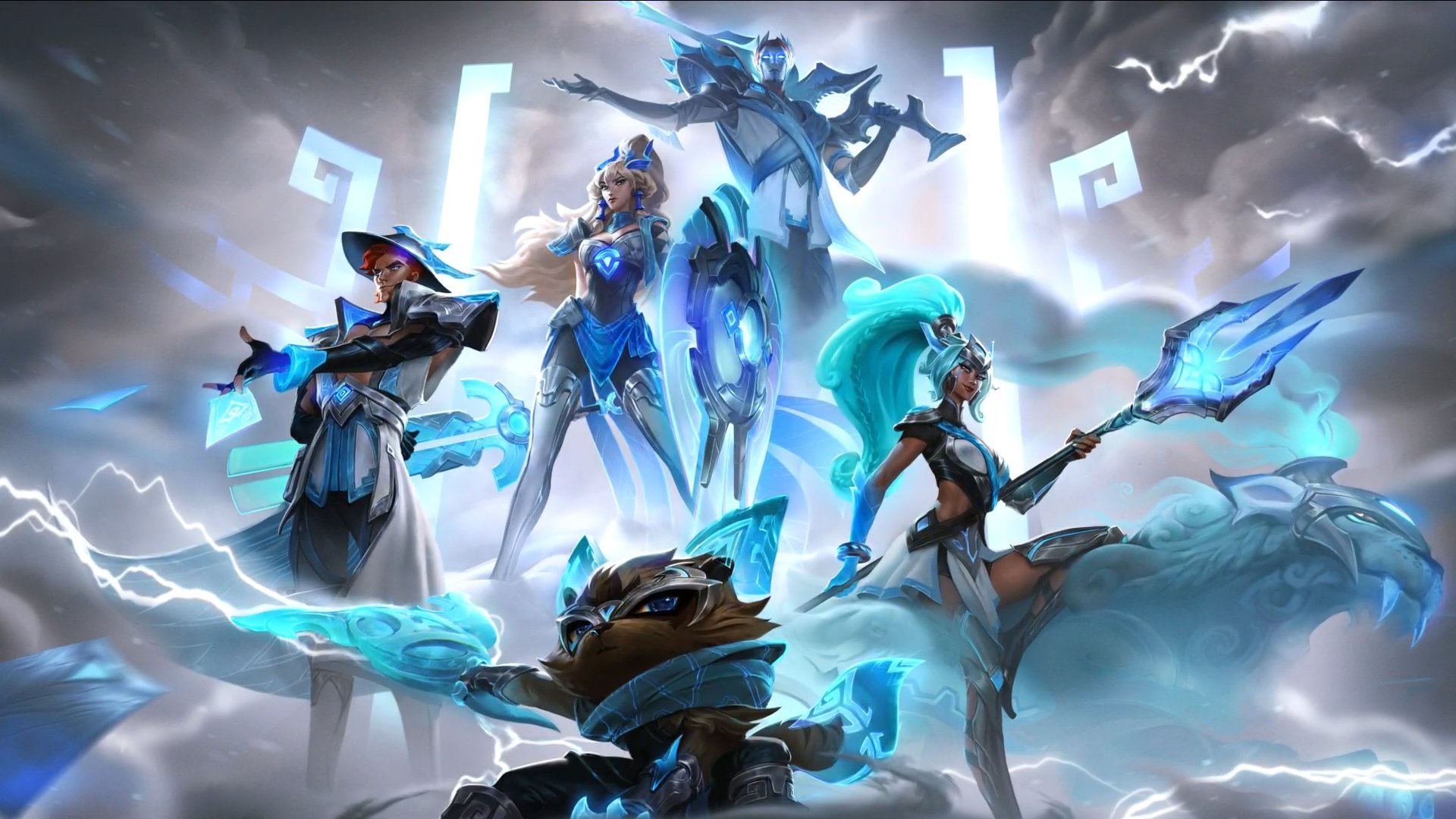 The skins look great, but the process to create such good-looking cosmetics is just as interesting to learn about. With the release of the skins, Riot Games also gave fans a glimpse into how the individual skins were made and how the players helped add a bit of their own personality into the line as well.

For the general look of the skin line, the players discussed how they wanted to incorporate the colorway of the team of blue and mint. As a result, they wanted the champions to look like “a god coming down from the sky.”

“They all had amazing ideas about their individual skins, as well as some strong directions for the skin line overall,” lead producer Devin O’Brien said. The team decided to reflect on DAMWON’s success in 2020 by making a Summoner’s Rift equivalent of mythological Greek gods. Meanwhile, each player shared their thought process behind the design choices for their own skins.

Canyon, for example, originally wanted to choose Graves as the champion for his skin, but eventually landed on Nidalee as his final choice. In the video, superstar mid laner ShowMaker jokingly asked him why he chose Nidalee since he only played him once at Worlds. But Ghost defended him by saying that she was constantly banned whenever teams faced off against them.

As for Ghost, the 22-year-old really wanted to incorporate his guitar into the recall that his Jhin skin would have. As a result, Riot’s developers were able to add an animation where the Virtuoso’s guns magically transform into a guitar while he returns to the fountain. Ghost also wanted the skin to have the same hair color as him, as well as wings that flap during his ultimate ability.

ShowMaker chose Twisted Fate as his champion because he wanted to “pick a champion that played an important role at Worlds.” For the recall animation, he wanted to reflect his name as a “show maker” by having the champ bow to the audience like a magician bowing to his adoring fans after performing a trick. Nuguri really wanted a raccoon as his champion, so he naturally picked Kennen because of his size and general appearance. Riot implemented two things as inspiration for the skin: “cute raccoon” and “falling asleep.”

Lastly, Beryl said he wanted his Leona skin to look like a character from one of his favorite mobile games and that he really wanted her to have a ponytail. Riot also ended up making her take selfies as her recall animation, per his request.

You can pick up all the 2020 World Championship DAMWON skins in the League store today.