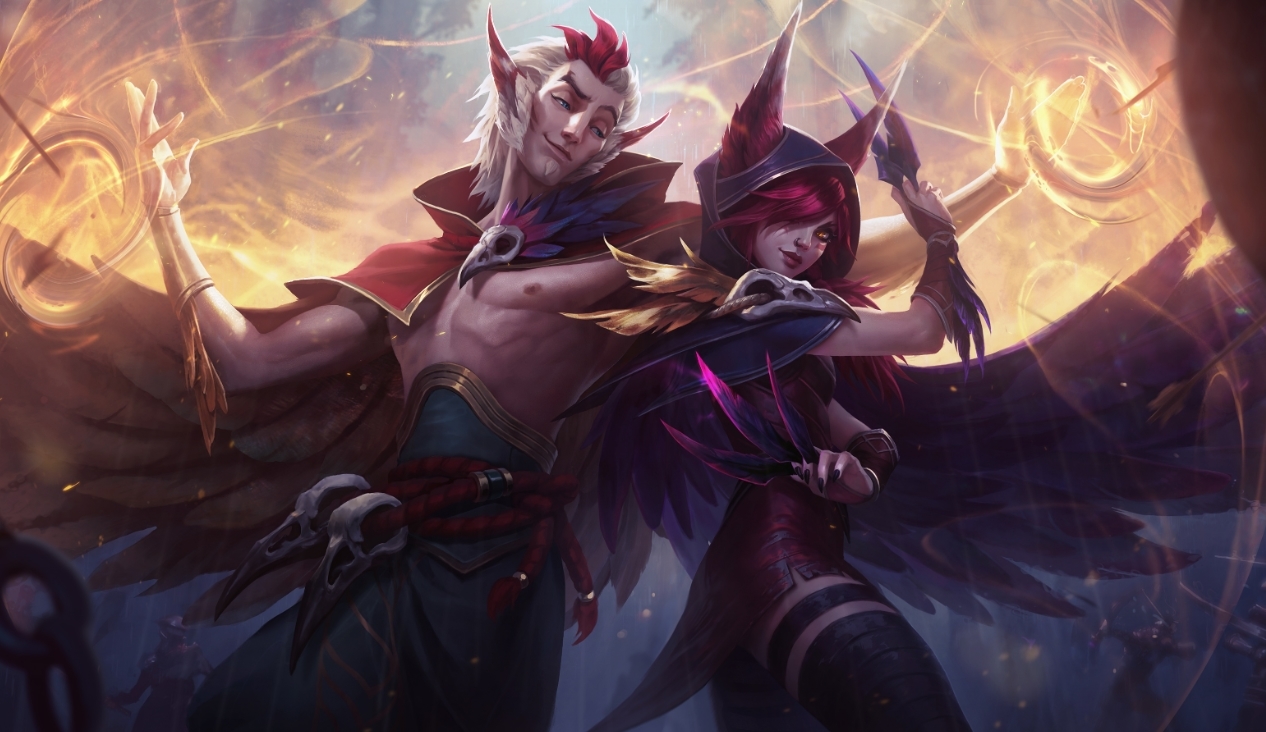 Xayah and Rakan made their way into League of Legends more than two years ago, and while they entered the game as lovers, they could’ve looked very different.

Riot released an early art exploration of the couple today via Twitter, and it’s horrifying. The now-ravishing duo apparently looked like some malnourished bird-human creatures at some points, apparently.

Unlike the Xayah and Rakan we know today, the art exploration shows a different side Riot explored. Their tense faces, combined with markings across their smaller bodies make Xayah and Rakan seem battle-worn fighters, instead of the charming couple that eventually popped up in League.

Fans on Twitter seemed relieved Riot never went forward with the early concept models, with one user saying, “Thank god they don’t look like that.”

Most League champions probably didn’t look very similar to their release versions early on in the design process, but it’s certainly reassuring to see that Riot got it right with Xayah and Rakan.