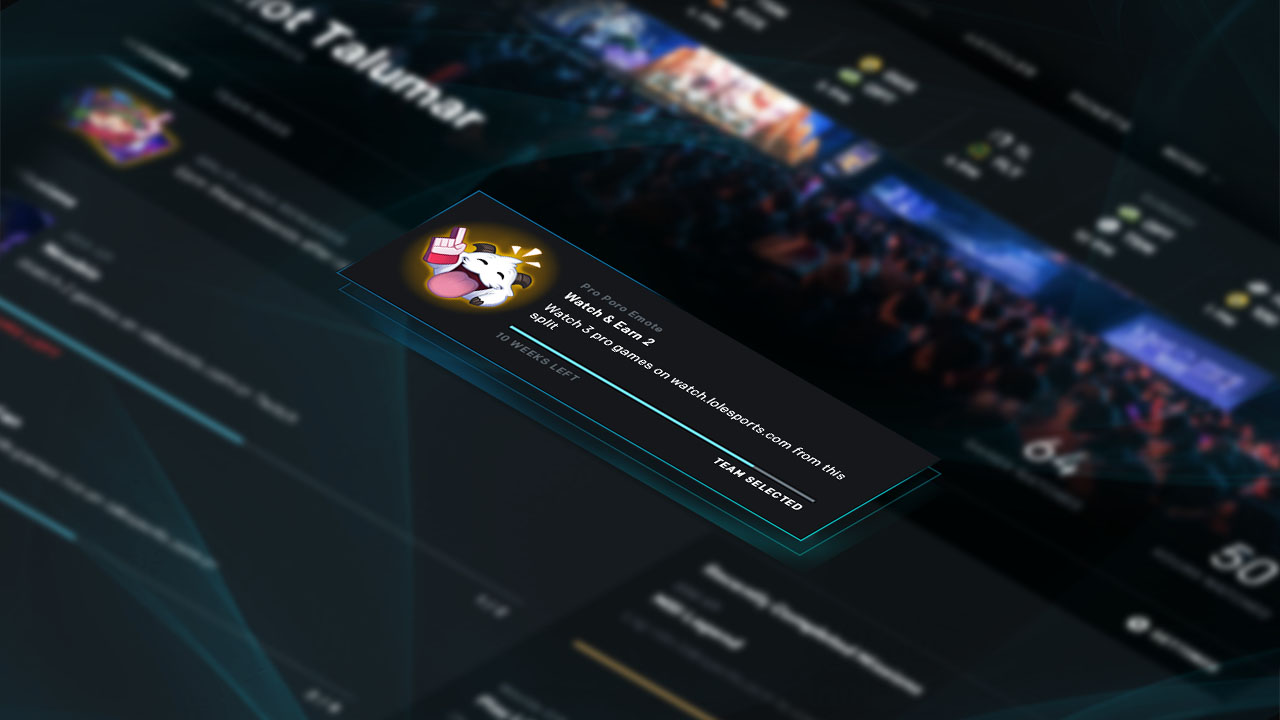 Riot has offered fans ways to show off their team pride in the past, but the developer is now introducing a new way to enjoy professional League of Legends.

Beginning May 31, fans will be able to purchase either a Fan Pass or a Team Pass depending on their region. While Riot will continue to offer free watch rewards, the two new passes (which will cost 980RP each) will unlock special watch missions and will reward players with an exclusive set of loot items to show off their dedication to their favorite teams.

For Europe and North America, fans can purchase a Team Pass, which allows them to select one team to support over the course of their region’s summer split. By watching their team of choice on the LoL Esports website, fans will earn exclusive team-themed rewards including summoner icons, emotes, and ward skins. Fifty percent of the revenue from Team Passes will go to the teams in each of the two leagues.

In addition to team-themed rewards, those who purchase a Team Pass will receive an LCS or LEC chroma, blue essence, key fragments, and two Masterwork chests.

Fan Passes will be available for purchase in Brazil, Turkey, Latin America, Japan, and Oceania. Upon purchasing a pass, players will receive a set of premium missions that offer exclusive rewards for watching games on the LoL Esports website or by playing League of Legends matches. Passes will see a 50 percent revenue share with all the teams in a user’s professional league.

Rewards from Fan Pass missions include blue essence, summoner’s icons, an emote, a ward skin, and a chroma as well as Hextech Crafting materials like key fragments and two Masterwork chests.