He gains a bit more tankiness to offset some of the other changes to his kit. 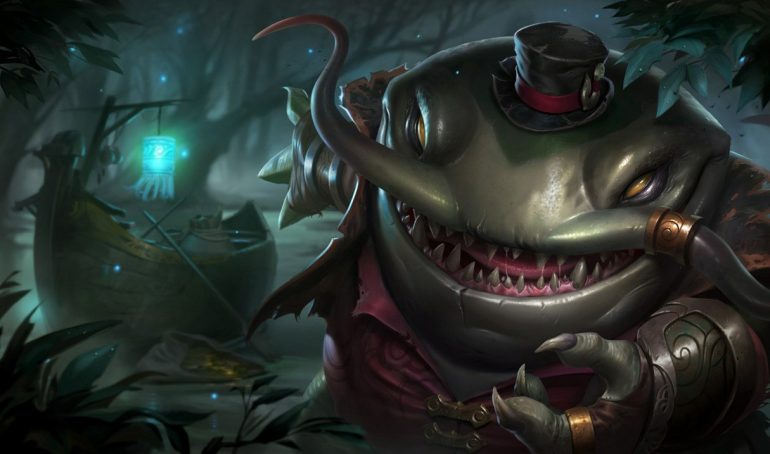 Tahm Kench has already been subjected to multiple changes on the League of Legends PBE, some of which are pretty big nerfs to his overall kit. Luckily, the River King has received more changes and this time, it’s a change in favor of everyone’s beloved catfish.

His Thick Skin ability has already been altered quite a bit on the PBE, but now the cooldown has been lowered significantly. Instead of Tahm’s E going on cooldown for 11/9/7/5/3 seconds based on rank, the ability will now have a flat three second cooldown at all ranks.

The damage stored as gray health has also been changed from 50/52.5/55/57.5/60 percent to 45/50/55/60/65 percent as gray health. This way, Tahm Kench’s tankiness increases as the game progresses, which allows him to thrive in the late game in order to protect himself and his carries.

Giving Tahm Kench a bit of tankiness is expected, given that the rest of his kit was gutted. His Q and W abilities were all nerfed, in an attempt to lower his effectiveness in the solo lanes. These changes will affect his potential with ganks as his crowd control abilities were changed as well.

As a result, Tahm Kench players will probably not push to play the champion in the top lane anymore. His potential as a support champion is still high, though—he will be able to survive early poke a lot more effectively because of these gray health buffs.