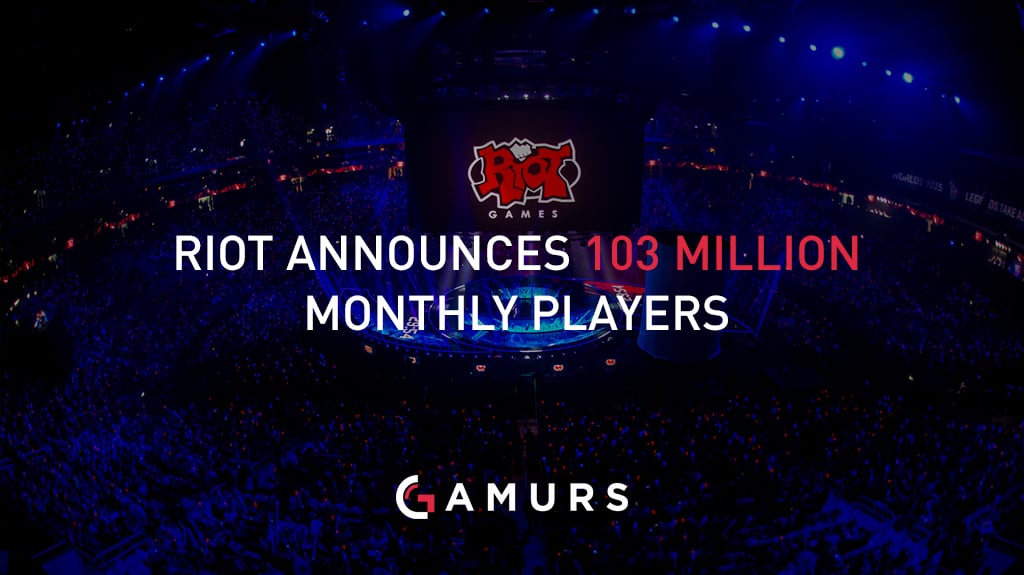 Riot Games is celebrating theirten year anniversary of their establishment this week, and withthat they have announced a milestone mark in their player totals.According to Riot they have reached 103 million monthly players onthe worldwide hit, League of Legends.

This is a mark that noother games come even close to hitting and a mark that breaks allprevious records Riot has publicly announced. In June, Valve, themakers of Dota2 (one ofLeague of Legends biggest competitors), announced they had13 million monthly players. So, for Riot to have over 100 millionis truly mind-blowing. The last time Riot announced player numberswas two years ago when a reported 67 million people logged onto theservers monthly.

League of Legends has and will continue to growexponentially in the coming years with more people than everwatching things like the League Championship Series in NorthAmerica and Europe, the yearly Worlds tournament and other smallerevents in between.

To celebrate their ten yearanniversary Riot posted a video to their Youtube channel entitled“Thank You: Looking Back on Ten Years.” In the video,the two founders of Riot, Brandon“Ryze” Beck and Marc“Tryndamere” Merrill, talk about thestruggles of the early days and when they believe they foundsuccess.

Are you one of League’s monthly players? Let us know in thecomments below or by tweeting us @GAMURScom. Youcan follow andget in contact with the author, Ryan Kish on his Twitteraccount, or via email at[email protected]