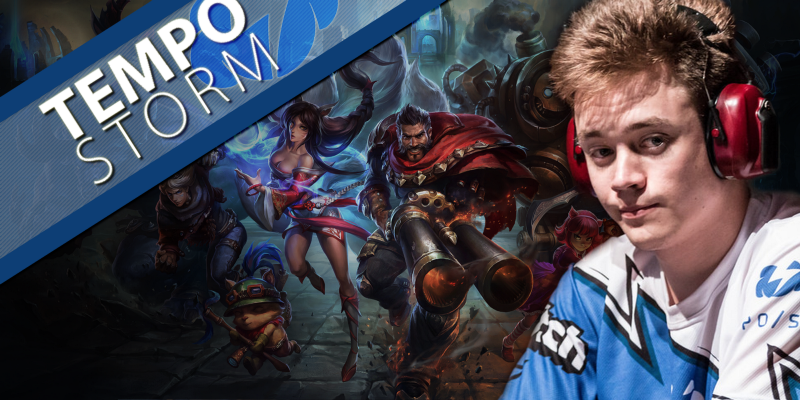 One of the most prominent brands in Hearthstone has made its entrance into League of Legends.

Tempo Storm has acquired the Challenger Series slot belonging to Dream Team after a six-figure deal between the two parties was struck, ESPN reports. Tempo Storm owner and founder Andrey “Reynad” Yanyuk has since verified the acquisition to Dot Esports.

“It’s a big step for Tempo Storm as an organization and we’re excited to see where this coming split takes us,” he said.

Reynad has made public his desire to branch into League esports for more than a year, but never found the opportunity to do so. With the purchase of Dream Team, Tempo Storm, launched by Reynad in 2014, now fields rosters in seven separate esports, ranging from fighting games to Overwatch.

It is currently unclear whether or not Dream Team’s original roster will be competing under the Tempo Storm banner.

The Challenger Series, which gives two teams out of six the chance to advance into the League Championship Series, was originally designed to foster and establish new brands and talent, preparing them for an eventual future in the LCS, the highest level of competition in the North American and European regions.

The league has received an increasing amount of criticism in 2016. In particular, the criticism stems from how firmly established teams in the LCS use youth teams to compete in Challenger Series solely to sell the roster if it qualifies for the LCS. In the past, LCS slots are rumored to have been sold for as much as $1–1.5 million, making it a profitable venture for the teams already in the LCS.

With charter membership looking to become a reality in the North American LCS, acquiring a team in the Challenger Series could become a risky investment. This is due to team owners in the LCS expressing their dissatisfaction with the league’s relegation system, saying they would like to see it removed.