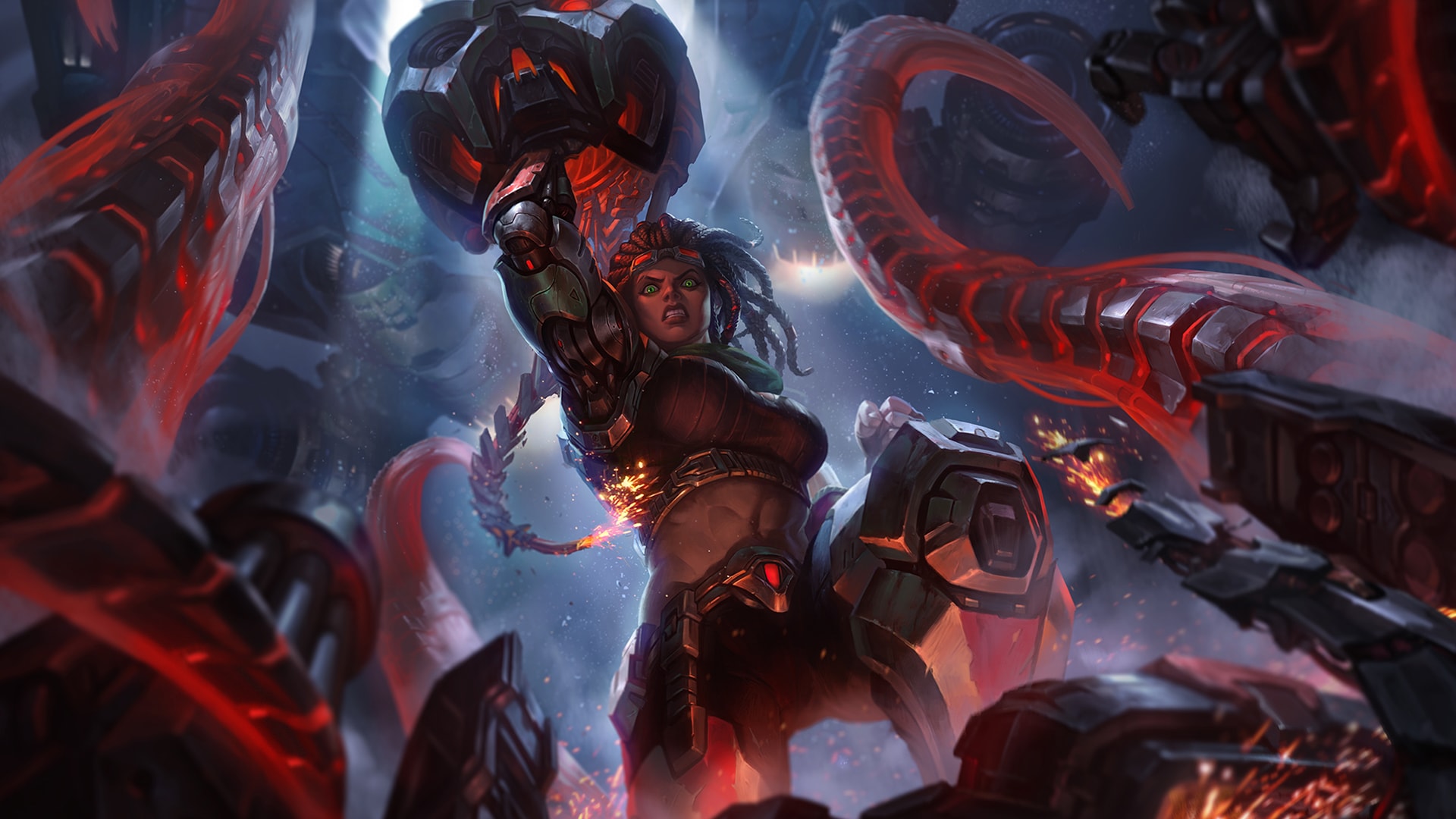 Illaoi’s first skin since her release in 2015, Resistance Illaoi, is just about ready to roll, according to Riot’s announcement yesterday.

The skin, originally called Battlecast Illaoi, was promised from Riot as a way to appease the many League of Legends players that had been calling for an Illaoi skin over the past two seasons. This skin was going to be different than any other skin, however.

For starters, Riot let the players vote on which Illaoi skin would be designed, and secondly, the company has been updating the community on the design process nearly every step of the way.

In yesterday’s update, the design team shared that the skin is nearly finished, including its splash art. They decided to change the name of the skin from Battlecast to Resistance in order to better line up with the story behind the skin. Typically, Viktor’s Battlecast creations are purely metal, mechanical monstrosities, and since Illaoi is a half-robot that simply fights Viktor’s other robots, she needed a new name.

Resistance Illaoi worked out, because there is already a human-led resistance within the Battlecast parallel universe of the lore. As a half-robot robot slayer, Illaoi can be a member of that resistance.

Along with the splash artwork and chromas for the skin, some of the sound effects were also shared, including her Leap of Faith ability and various tentacle smashes.

The goal for release is during Patch 8.5, which means we’ll see Resistance Illaoi in-game in about a month.