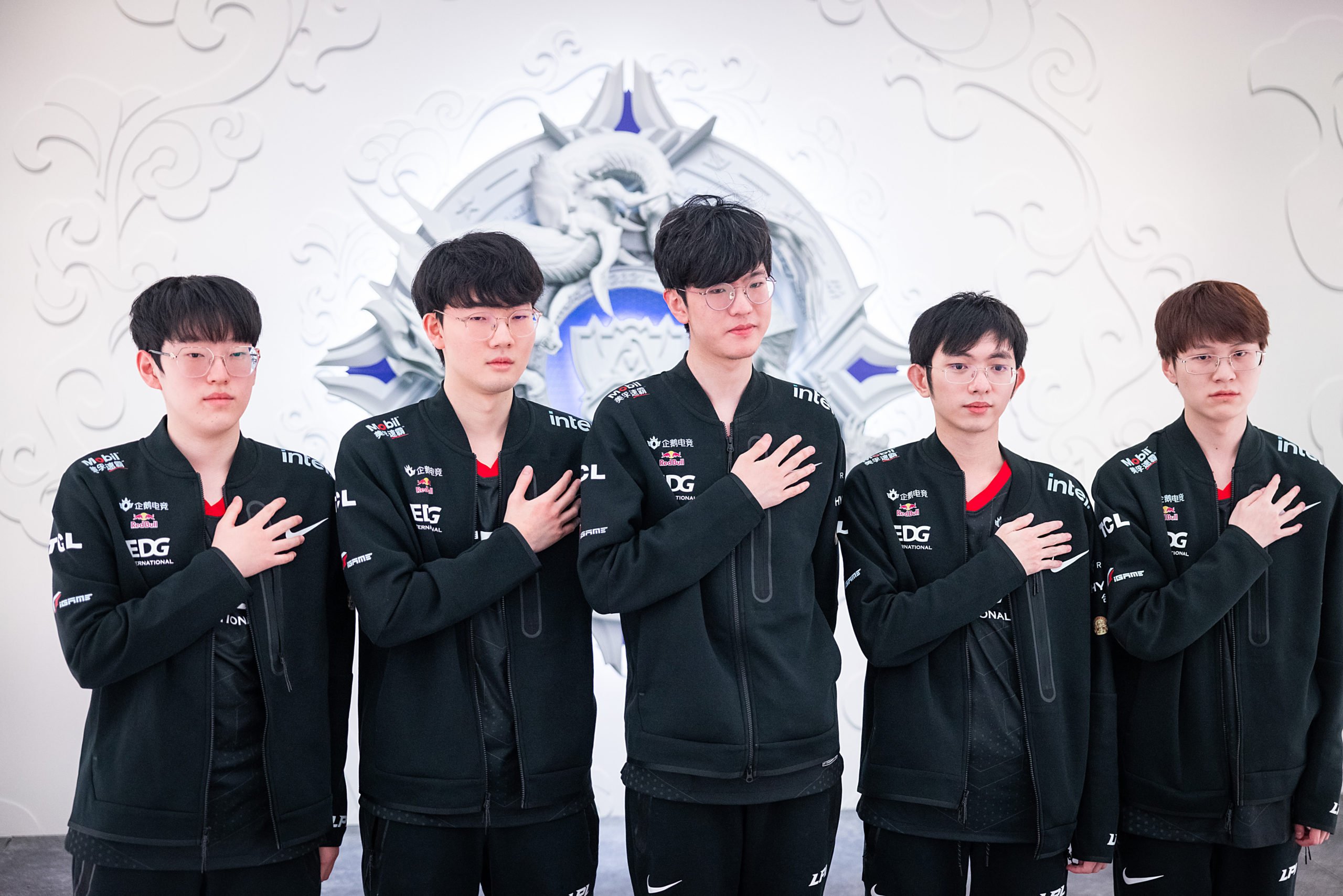 The number of undefeated teams in the LPL has slowly whittled down as the 2022 Spring Split went into full swing. However, reigning LPL and World Champions EDward Gaming maintained their win streak (and their spot near the top of the standings) after taking down Oh My God today.

Though certainly not uncontested domestically, EDG have shown themselves as one of the LPL’s most consistent League of Legends squads so far. This is hardly surprising considering the team runs the same lineup from 2021, giving the Worlds-caliber roster more time to synergize.

On the other side, OMG’s sudden tailspin continues with this loss. The team had an unexpected burst of life at the start of the season, not dropping a single game in its 3-0 start. After a loss to Bilibili Gaming, it seems that OMG have struggled against fellow top-of-the-table teams.

Viper stole the show in game one, gaining an early lead on Ezreal after winning two-vs-two skirmishes and getting solo kills. Throughout the game, EDG slowly choked out their opponents, finding picks, taking out towers, and securing neutral objectives without much resistance. The game truly fell out of OMG’s reach after a losing fight at the Baron pit. EDG exerted total map control and ended the game at 23-minutes, soon after.

Viper played Ezreal to near perfection, being both a nuisance on OMG’s front line and serious team fight threat. By the end of game one, the EDG bottom laner made up 34.8 percent of his team’s damage share and led the lobby in overall damage dealt (19,923).

Despite losing the fight in the middle lane, EDG still secured both the Baron and Dragon Soul. With all of the map’s neutral advantages, EDG successfully sieged OMG’s Nexus to take the series in a 2-0 sweep.

EDG continued their tear in the LPL, though they showed some clear signs of weakness with substitute top laner Xiaoxiang. The reigning champions’ next challenge will come against their perennial rival, Team WE, later in the week.