Pyke, Nautilus, or Thresh—who’s the better playmaker in League?

Picking a picker has never been so fun. 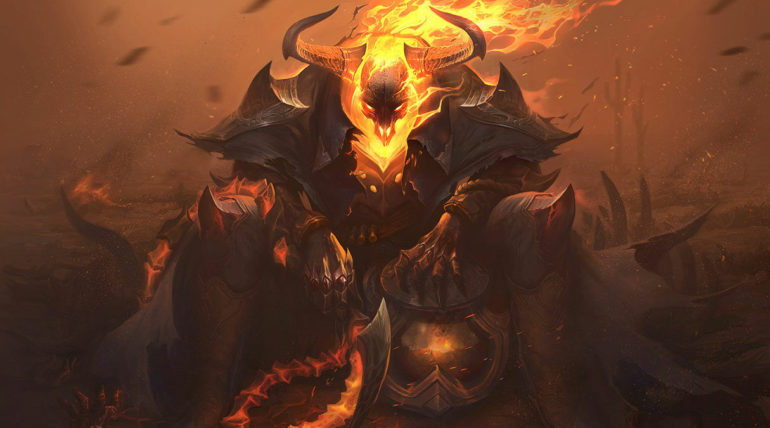 The support meta is in a very clear and concise point. There is one obvious archetype of champion that reigns supreme over the other types of supports. It isn’t enchanters with their Ardent Censer, and it isn’t mages. We’re right in the middle of a playmaker meta, where Thresh, Pyke, and Nautilus support reign supreme.

If you’re a support player, or perhaps an aspiring support player, you might look at these three as the first champions you learn. After all, they’re prevalent in the current meta and they’re incredibly fun, as they can impact the map and the pace of the game more than any other support archetype. If that sounds fantastic to you, then the only question you need to answer to get started is, “Which one do I play?”

Don’t worry, we’ve got you covered. All three are fantastically fun, if you’re into the playmaking style, but here, we’re going to break down the strengths and weaknesses of each to help you make your choice. And maybe, just maybe, it’ll seem like one is better than the other, at least to you. Let’s start with the stabby boi, Pyke.

More so than any of the three champions in this list, Pyke loves to fight. He doesn’t just love to fight, either. He needs to fight. He’s a high-damage AD assassin support, the only of his kind in the entire game, and that means he needs gold. He needs a lot of gold. After all, lethality items might not be the most expensive items in the world, but they aren’t cheap, either. They’re considerably more expensive than support items, at least.

If you get the gold, and you get the damage, Pyke can maintain status as a playmaker and even as a carry, all without siphoning gold away from the carry due to his gold-sharing mechanic.

Ah, Thresh. King of the Playmakers. Thresh isn’t king because he’s the undisputed best playmaker, he’s the king because he’s the most reliable. No matter what the meta is in the bot lane, you can count on at least Thresh remaining a solid choice due to his toolkit. Even if he’s in a lane where forcing a play is hard, his ability to peel is near unparalleled throughout the game.

He doesn’t deal much damage (unless you’re a crazy person who builds AD or AP), but he has a ton of CC, and his lantern provides him with some high-skill playmaking options and escapes from big fights. Not to mention, the sound that hook makes when it sinks into a target is one of the most satisfying sounds you could possibly hear in League.

Nautilus is the beefiest meatshield here on the list. Despite changes to his AP scalings earlier this season, he’s still built like a tried-and-true tank, so you can build resistances and health to your heart’s content and laugh heartily as your foes attempt to tickle your health bar. Nautilus, while being so incredibly tanky, also has some of the easiest-to-land CC in the game. When he auto attacks an enemy, they are rooted in place for a short duration, making landing the rest of his CC incredibly easy.

He also has a potent AoE slow, as well as his iconic Q, which is when he lunges his heavy anchor at pulls both his enemy toward him and himself toward the enemy. He is walking, talking crowd control, unmatched by almost any champion in the game, arguably by no champion in the game.