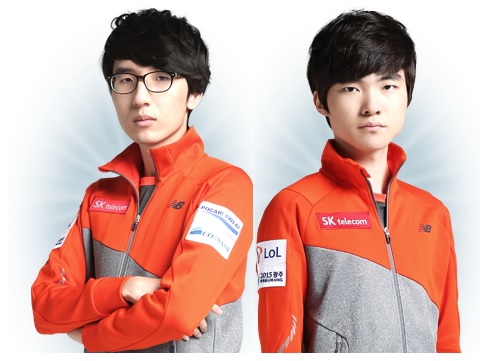 The past couple of weeks has seen the 2015 season of League of Legends get underway in the eastern regions and with it we’ve seen a new emphasis on player rotation within teams. In a world where we see Faker regularly sitting on the bench, its obvious that a change is afoot within competitive League of Legends, at least in the East. So why is it that we see the best player to ever have played the game missing games against quality opponents such as KT Rolster?

The main factor behind the sudden rise in squad rotation within the competitive has been the recent changes to the OGN and LPL rules, limiting the organisations involved to one team. This has lead to an array of teams bursting at the seams with talent, struggling to decide just what their best starting five is. In China teams stacked themselves with Korean superstars, seeking them out during Korea’s mass exodus this off season. The ink was barely dry on six figure contracts as the new league ruling was announced, a one team only rule and only two foreign players on each team. This left Chinese organisations scratching their heads with stacked rosters and limited starting spots, but could this have a positive impact on E-sports as a whole?

As the first split of LCS started in the spring of 2013, an extremely basic system for the use of substitutes was implemented. This system saw players such as Dexter sit haplessly on the bench for Shushei’s Dragonborns and the majority of substitutes were paid little to nothing, did not live with their team or even practice with them, begging the question, what the purpose of having them really was. Fast forwarding today, LPL and OGN both allow squads of up to ten players with the ability to switch your roster around even mid-series. The benefits of these larger squads could prove dramatic, in the sporting world it is a widely held belief that having a larger squad of players increases competition for places. This competition in turn helps prevents complacency, increases motivation for training and aids overall work ethic, all things that translate into E-sports. It was only last season that we saw SK gaming drop off drastically during the summer split after a strong start claiming issues with lack of training and complacency. If the SK Gaming team had hungry individuals snapping at their heals and vying for their starting places, perhaps their training regime would have been kept up and we would have seen a better level of consistency.

There are many other positives that the use of larger squads brings, and definitely not the least of these are of strategic nature. LGD Gaming are in the luxurious position of having two of the best top laners in the world, during their series against Energy Pacemaker earlier this week, we saw both Korean superstars strut their stuff against their Chinese counterparts. So what are the benefits of having two genuinely world class players in the same position? Many, of course! In Flame, LGD have themselves the best top laner in a one versus one scenario in the world, with amazing carry potential and an aptitude to split push he provides a great option for his team. In contrast Acorn is a solid top laner who is meta resilient, great in team fights and owns a devastating Rumble game. What LGD have the potential to do is in the same way a football coach might change his starting line up to counter a specific team’s play, it will be possible for themselves to pick their top laner depending on the match up, the strategy they want to play and even how well they suit the current meta. This could also allow different players to practice different champion pools, increasing the teams range of options and strategies in the pick and ban phase. If the meta changes and a particular player is struggling on a patch, it allows you the flexibility to switch and choose if time is needed to adapt.

Over the past few years, players burning out has become a significant problem within the competitive League of Legends scene. Now with OGN Champions adopting a league format, players are being forced to play more and more games over a longer period of time. This is perhaps where rotation of players could start to play a major part, if players could be given days, even weeks off during the regular season, we could see less burn outs and more intensive performances in the bracket stages of the competition. It seems unlikely that we will see this kind of generosity from Korean teams in the near future given their culture, however burnout is a considerable danger not just to players, but to teams too. It is always worth protecting the most valuable commodities of your organisation, for example in the sporting world we see older players such as footballer Stephen Gerrard or ageing basketball pro Tim Duncan given respite during long seasons to help prolong their careers. It could be that the reason in part we see the undisputed best player in the world Faker spending half his time on the subs bench, is in an effort to prolong his career and protect SKT’s most valuable asset. It’s hard to say that small efforts like these will increase any longevity in players careers, given the fact they will no doubt still be expected to stick to their rigorous practice regime. However with players themselves becoming such powerful brands in E-sports, particularly in the West, we might see a more concious effort to maintain these players level of play for longer periods of time.

The North American challenger scene has in recent times been criticised for a drought in talent, teams have become unwilling to take risks on home-grown players as they see them as untested against high level opposition. If teams in North America were to adopt a squad based system, they would find themselves a new way of blooding talent, a substitute who was living and practicing with a team would be given greater opportunity to learn, rather than trying to better themselves in the solo-queue esque nature of the challenger scene. These kinds of opportunities would allow players who had high mechanical ceilings but little to no competitive experience to be given a chance to slowly integrate themselves into a teams system. A slow introduction into playing on the stage of LCS or similar tournaments would perhaps help cure the increasing amount of stage fright that players seem to struggle with here in the West. Once again we can draw parallels here to the manner in which young sportsmen, who are in the beginnings of their careers, are given limited minutes and are slowly introduced into their competitive environment, in contrast the typical attitude in E-sports so far, has been to thrust people into high pressure situations and judge how they coped after the event.

In the West we are finally seeing changes to the rules and regulations surrounding coaches, offering them a Riot paid salary and even allowing them to become an official part of the pick and ban phase. It seems Riot is very slowly trying to build up the strength of the organisations and perhaps by next season we may see ten man rosters similar to OGN Champions and the LPL. I do however find it hard to see too much changing within the West where the players still hold the majority of the power, and at the end of the day, are they really going to opt into letting themselves play less games for their team? Something tells me probably not.