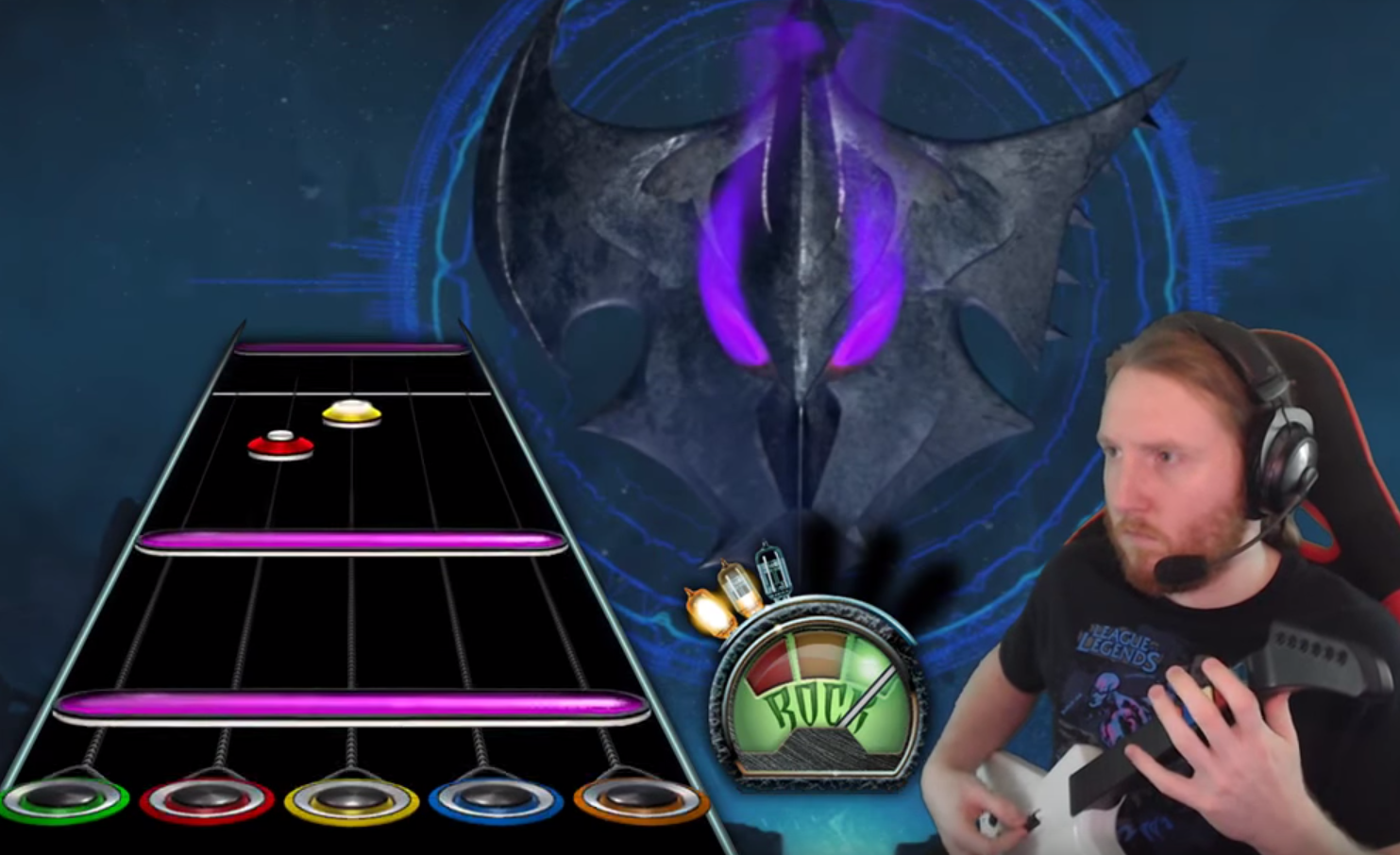 Pentakill’s latest hit, “Tear of the Goddess,” has already been 100 percent completed in Guitar Hero on Expert difficulty, and it’s only been a week since its release.

When you read that, you probably asked yourself one of two questions—”People still play Guitar Hero?” or “Wow, already?”

If you asked the first question, the answer is yes. Guitar Hero was at the height of its popularity during the mid-2000s, but the newest game of the franchise, Guitar Hero Live, still has a decently large community surrounding it. People still mod Guitar Hero 3 to play more updated songs, and that piece of the Guitar Hero community has more of a cult following than anything else.

If you asked the second question, the answer is also yes. And who, you may ask, was the mastermind behind this daunting task? It was none other than JasonParadise, one of the largest Guitar Hero channels on Twitch, and he made it look easy.

If you’re not familiar with JasonParadise, he tries his damnedest to 100 percent as many songs as he can, and it’s very entertaining. Even if you haven’t thought about Guitar Hero since you had a guitar battle with your friend 10 years ago to see who could hit more than four notes on “Through the Fire and Flames” by Dragonforce, it’s hard not to be impressed when you watch Jason play Pentakill’s newest track.

The community love surrounding League of Legends has always been astounding. The fact that someone cares so much about Pentakill, a fictional in-game band that Riot turned into real kickass metal, that they decided to mod it into Guitar Hero is nothing short of amazing.

If watching Jason rip through Tear of the Goddess made you want to dig further into Pentakill-inspired community creations, don’t worry. Riot recently posted an article showcasing some of the best artwork created from the Pentakill fandom, and it’s just as awe-inspiring.

Pentakill’s full new album will be here soon, but until then, we’ll all be happy rifling through the endless list of fan creations to get the hype train rolling.