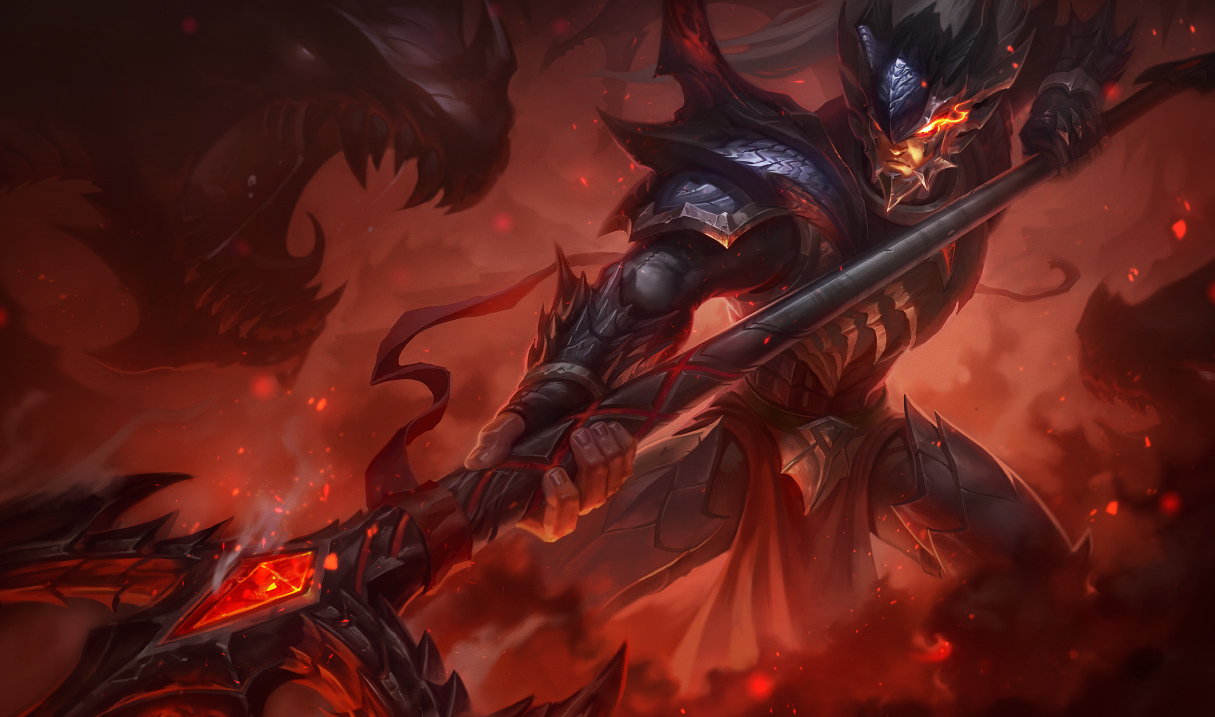 Two weeks after the Worlds patch, Patch 7.19 is here—and it boasts some of the most important changes of the season.

Huge reworks for Azir, Janna, and Xin Zhao are in store, as well as enormous buffs for Caitlyn, Malphite, and Ornn. Oh, and there are even more nerfs to the Ardent Censer. With Worlds approaching, the past few patches have leaned more towards smaller changes to tweak the meta where necessary in preparation for the largest event of the year.

Now though, with the Worlds patch behind us, Riot is breaking out the big guns.

Here are the biggest changes coming with tomorrow’s patch.

Azir has never been in a balanced state since his release three years ago, always teetering between oppressively powerful and hopelessly weak with no middle ground. This is due to his kit’s design. It has so many useful tools that, in the right hands, no champion in the game can counter. To make him less useful to those individuals Riot has had to nerf him into the ground, making him useless to both the adept and average.

This rework will give Azir very clear strengths and weaknesses, rather than just being pretty good at everything. His weakness will very clearly be ranged opponents and ranged harass, as the range on almost all of his abilities is dropping by some amount. His newfound strength will be his sand soldiers and their auto attacks, as he’s getting massive boosts to attack speed and new effects on the soldiers themselves.

Xin’s rework is here as well, and it’s even bigger than Azir’s. It isn’t more important than Azir’s, because Xin probably doesn’t need the attention as much—but that doesn’t mean it’s not welcome.

Xin’s issue isn’t that he’s terribly unbalanced, it’s just that he’s boring. His kit can be summed up by saying he has a bunch of auto attack buffs and one engage tool, which isn’t exactly engaging and reflective of player skill. That being said this rework takes his attack speed buffing W, blows it up, and replaces it with something at least a little more interesting.

Janna’s issues are similar to Xin’s. She’s ridiculously boring to play. She’s the only shielding support that doesn’t have to interact often with the enemy champions regularly through laning, and can get away with just shielding her marksman and throwing random tornadoes while still succeeding.

This rework shifts her strengths to a more damage and harass-focused playstyle, while lowering her insane brainless peeling power.

E – Eye of the Storm

Tons of nerfs that were dished out to Caitlyn over the past few patches are being reverted, including the nerfs that caused her Q to deal even less damage to targets past the first one and nerfs to her attack speed.

Both her innate bonus attack speed and attack speed growth per level are being increased by quite a bit. She can now use Headshot on turrets, increasing her pushing potential exponentially. Her Yordle Snap Trap now boosts her Headshot damage by even more, but the trap duration is being lowered by quite a bit—from 90 seconds all the way down to 30 at level one.

The tank meta may be in full effect right now, but Malphite has been curiously absent—even though he’s one of the beefiest tanks in the game. Mostly, that’s because he lacks tools that other tanks have, namely crowd control (unless his ultimate is ready).

Without altering his abilities to give him too many tools, Riot is boosting his innate tankiness. The armor bonus on his Brutal Strikes is being shifted to boost a percent of his total armor rather than a flat amount of armor, turning him into a great scaling tank. What’s more, that boost will now be tripled as long as his passive Granite Shield is active.

Ornn’s buffs are very simple, but not less important than the other buffs on this list. When Ornn was designed, Riot made his abilities’ mana costs rather high to make up for the fact that he can buy items from his lane. To put it simply it was overkill, so the mana costs on his Q and E are being dropped and his base mana is being raised.

Vayne’s strengths are being shifted in what should be an overall buff for her. Her issue right now is that her lategame power is really strong, but her laning phase is so ridiculously weak when compared to the game’s other late game ADCs like Tristana and Kog’Maw.

To fix that, the bonus damage given by her Q will no longer be able to critically strike on top of the auto attack from the ability, but the bonus damage itself will deal a ton more damage. The total AD scaling on the bonus damage is being jacked up from 30 to 50 percent AD to 50 to 70 percent. Her ultimate ability’s duration will also increase by four seconds if a champion dies that she’s damaged within the last three seconds.

Ardent Censer, Bramble Vest, and the Righteous Glory have been running the show for tanks and supports for months, and it’s time to put that to bed—sort of.

Ardent Censer’s changes are actually more of a buff than a nerf. But the nerf gets rid of one of the most annoying parts of the item’s passive—the ability to heal yourself when auto attack enemies when your support shields or heals you. Yes, that feature is being completely removed from the item. To compensate, though, the item will now boost the support’s attack speed and on-hit damage when they shield and heal allies, rather than just the target ally.

Bramble Vest’s cost is being increased by a whopping 1,000 gold, making it a lot less gold efficient. The reflected damage is also being dropped from 20 to 15 damage, and it won’t apply Grievous Wounds to non-champions anymore. This is a massive nerf.

Righteous Glory is in the same boat, except without any stat changes at all. The Glory’s nerf is simply a cost increase. Its cost is being increased by 150 gold, making it slightly less efficient to buy, but not by much. When compared to the Bramble and the Ardent, though, the Glory isn’t nearly as much of a problem, so it doesn’t need as many changes.