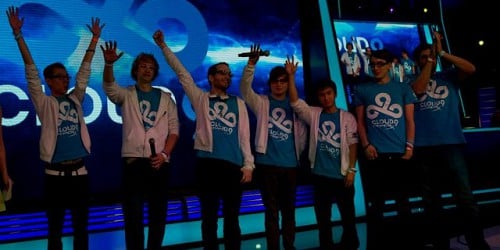 Of all the teams that qualified for the Season 3 World Championships, Cloud9 is the only team that made it through the next season without a single roster swap. In a scene where growth is almost entirely propelled by roster changes, C9 is an anomaly. The North American squad’s destruction of Alliance and Unicorns of Love at IEM San Jose show that C9 is still looking strong heading into their third consecutive year together.

But in spite of their longstanding dominance, most fans don’t have a great idea of why C9 is such a strong team. Rather, most discussions of C9’s success dissolves into cliches about friendship. And while friendship, continuity, and good team spirit does create a better work and practice environment, it has never won a single game by itself. (In fact, Royal Club’s success in Season 4 should put to bed any possible arguments about the necessity of friendship.)

In many ways, this focus on C9’s intangibles is selling the players short. While their camaraderie has undoubtedly played a role in their success, their skills as individual players has been so much more integral to their continued dominance. This article will focus on Cloud9’s individual skills to get a better idea of what has made them so successful.

Balls and Meteos: The Top/Jungle Diamonds in the North American Rough 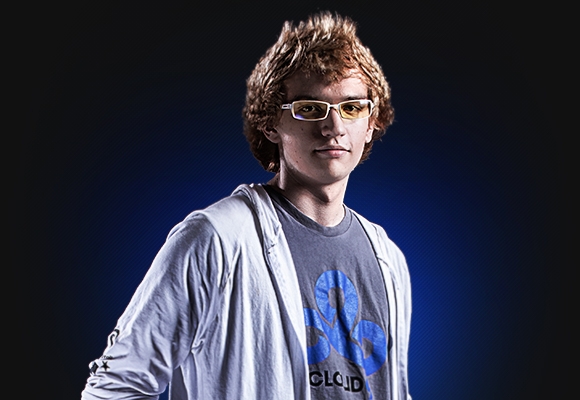 If I was going to create a team to run roughshod through the North American region, I would focus on players who were able to dominate in positions where NA has historically lacked in talent. For the longest time, North America has suffered from a very weak pool of top lane and jungle players. This means that Meteos and Ball’s skills were  particularly highlighted as they were by far the best players in their regions. This was reflected in Season 3, when C9 played an off-beat style focusing on top and jungle carrying rather than the classic mid and AD Carry-oriented playstyles. Teams seemed to have a difficult time conceptualizing this different style, and they struggled to shut down the seemingly perpetually farming Meteos. Meteos would always emerge from the jungle, usually as Nasus or Zac, as an unkillable supertank and would carry C9 to victory in countless teamfights. However, his farm-oriented stye was often unable to compensate for weaknesses in Cloud9’s laning. In response, Meteos would shift away from his old one-dimensional style and become a more traditional supportive jungler during Season 4 while still mixing in aspects of his old farming style. This new versatility has both furthered Meteos’ gap between his North American counterparts and made him (in my opinion) the best jungler in the West.

At the same time, Balls was able to solo-kill his top lane opponents with impunity. For the longest time, Dyrus was indisputably the best top laner in North America. However, his unwillingness to play damage-oriented champions and his hesitance during the play-offs meant that he was never able to carry TSM during high stakes games. (In my opinion, he has since largely dealt with these issues in Season 4.) When Balls qualified for the LCS during Season 3, he was immediately able to make a tremendous impact. Here was a player with Dyrus’s famed consistency but also an aggressive willingness to take the appropriate risks to carry his team.

In spite of their Season 3 dominance however, both players were able to take a backseat and switch to off-carry roles in favor of the rapidly improving Sneaky during Season 4. (Although they still received significantly more gold than their counterparts on other teams.) There are rarely players who can so seamlessly adjust from a carry role into a supportive role, and many of these transitions have broken teams apart. (This is where C9’s trust and continuity probably played a big part.) In all of LoL history, there have been only a handful of such versatile players, especially because team construction principles usually encourage players to typecast themselves as either supportive or carry-oriented players. To have them also play the two weakest roles in the region is just a further bonus.

Hai has received some deserved criticism for his weak mechanical play. At times, he does hold back Cloud9 and although fans are reluctant to admit it, replacing him with 2-time OGN champion dade would have definitely been an upgrade. Too often, C9’s big losses in close international series came when Hai was unable to contain another team’s superstar mid laner on their signature champion (xPeke’s Kassadin, Alex Ich’s Kha’Zix, and dade’s Yasuo all come to mind.) With this in mind, it will indeed be hard for Cloud9 to win worlds with Hai as their mid laner without major internal improvements or a roster move. That being said, I do think that Cloud9 has an outside shot with their current line-up because of the very diverse skills Hai does bring to the table.

Hai’s memorable losses and his reputation as a stellar shotcaller have pidgeonholed him as an (in-game) physically weak brainiac. Indeed, this analysis has its merits, but it also disregards Hai’s role on C9 as a whole and his many accomplishments. While many team’s mid laners serve as their main carry, Hai is usually the third or even fourth most prioritized player on Cloud9. To make a traditional sports comparison, I would describe Hai as a defensive stopper in basketball. Much like Memphis Grizzlies forward Tony Allen, Hai is rarely called upon to deliver C9’s game-winning plays. It’s true that Hai rarely dominates his opponents, but he is able to work that into success by forfeiting jungler ganks and gold to his more mechanically proficient teammates. Without Hai’s generosity, the rest of Cloud9, particularly Meteos and Balls, wouldn’t be able to play so aggressively.

Rather, his main job is to simply contain his mid laner opponent by not feeding kills and controlling roams. During teamfights, he will always mark the opponent’s most prioritized target, often suiciding into the enemy’s most fed carry. We saw these skills during C9’s play-off game (not series) wins over strong mid-centric teams like SSB or TSM, but these skills were on complete display during Cloud9’s series against Alliance. Hai was both able to contain Froggen in lane and successfully assassinate Rekkles in teamfights to create extremely advantageous trades for Cloud9.

All of this is a focus on his in-game skills, and does not even account for his all-world shotcalling. Considering Cloud9’s creativity and mastery of multiple strategies, Hai is easily the greatest shotcaller in Western history, and possibly top 5 all-time. (In many ways, Hai’s playstyle and strong shotcalling is reminiscent of an evolutionary Reginald.)

If League of Legends lasts as long as traditional sports, fans looking back will be completely baffled by Sneaky’s career arc. As strange as it was for Meteos and Balls to take a step-back in terms of carrying, this isn’t completely unprecedented. On the other hand, Sneaky’s massive improvements from Season 3 to Season 4 (and during the actual Season) has never occurred in League of Legends history. Even when players do improve, their rivals are usually able to improve at a similar rate, essentially nullifying their new skills. On the other hand, Sneaky went from one of the weaker members of Cloud9 to a top 3 AD Carry in the west in less than a year.

Sneaky began his career by specializing on supportive picks such as Ashe and Varus. This made sense during the Season 3 meta, where AD Carries were at their weakest point. By providing strong crowd control, he could lock up his opponents for Balls and Meteos to destroy them. Many fans and analysts predicted that Cloud9 would fall off in Season 3 as the meta shifted back into an AD-carry oriented style. On the contrary, Sneaky would rapidly evolve into a very powerful AD Carry. Moving away from picks like Ashe and Varus, Sneaky would begin specializing in lane-dominant champions like Corki, Lucian, and Graves. (Although he was able to enjoy very successful play on the hyper-carry champions as well.) At the same time, he would compensate for the weaker LemonNation by essentially harassing for two players at once. His Season 4 lane-smashing would culminate in several one-sided laning phases against star Korean AD Carry Deft at the World Championships.

But in spite of his champion selections, Sneaky’s greatest strength was the teamfighting phase. Even in match-ups against hyper carries like Kog’Maw, Tristana, or Twitch Sneaky was so skilled at hanging back until it was safe during teamfights that he was able to output just as much damage on weaker scaling picks as his hyper-carry-wielding opponents! During IEM, Sneaky’s continued dominance was apparent as he trampled through every bot lane he faced off against. If C9 wants to contend for the World Championships, they are going to need another massive jump from their star AD Carry. With most players, this would seem impossible, but there’s no telling how great Sneaky will be with another year of pract

Much like Sneaky, Lemon has made drastic improvements since his time in Season 3, when he was largely considered the weakness of Cloud9. The criticism about Lemon’s game has always justified:Lemon has never been a particularly strong mechanical player and his laning is predicated on unexpected aggression rather than actual outplays. If C9 wanted to improve with a roster move, Lemon is probably the most expendable, as he could bring his immense pick-ban knowledge from the draft phase. However, Lemon has also made great strides in the last season. In the current time, he probably ranks as the 3rd best support player in NA. Without importing, he’s probably the best player they could get.?(Admitedly, there is a very noticeable drop-off after the duo of aphromoo and Xpecial.)

However, unlike Sneaky, who was able to dramatically restructure his game from champion pool to playstyle, Lemon has mostly remained the same. Rather, he has gained a better idea of his strengths and weaknesses. Unlike other mechanically weak supports (such as nRated) Lemon does not shy away from playing skillshot heavy champs such as Thresh or Morgana. Instead, he’s become a master of a very cerebral style wherein he only shoots out the skills when he’s confident he can hit them. Throughout Season 4, he came up big for Cloud9 with countess catches, hooks, and defensive plays (particularly with Black Shield.) In addition, Lemon has always been a clutch performer. He may not hit all of his skillshots or make very strong outplays, but he is still a consistent crunchtime performer Cloud9 can rely upon. (In tough situations, Lemon won’t miss any skillshots he wouldn’t have missed anyways.)

Putting it all Together:

Cloud9’s friendship is a fun storyline and the most publicly discussedreason for their success, but that isn’t the main reason for their continued dominance in Seasons 3 and 4. It”s actually because they’re really good at League of Legends.