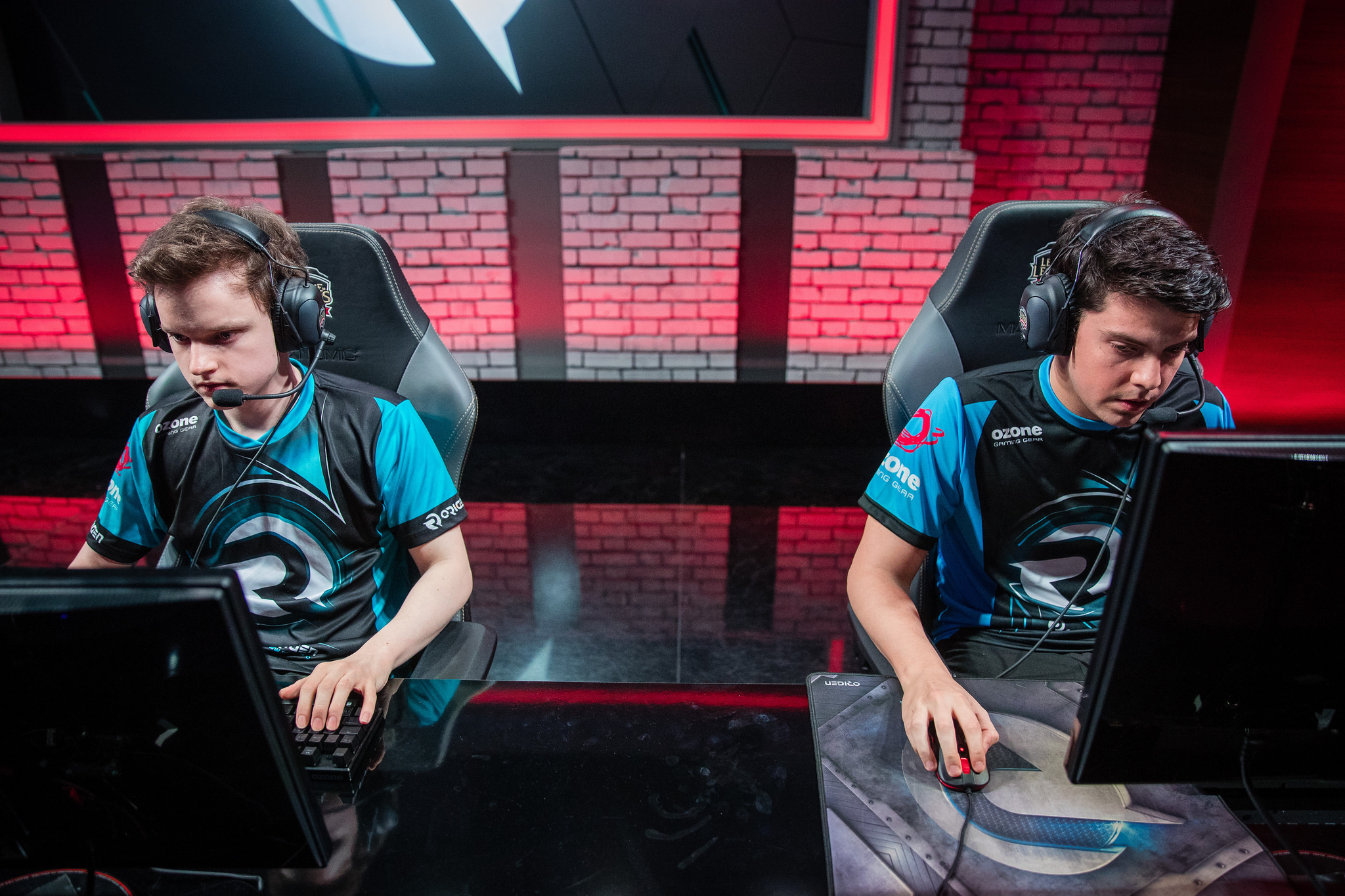 Only one series was played in the European League Championship Series today, but it was a vital one for Origen and Giants Gaming as the two teams looked to avoid the relegation tournament.

A very odd game one saw Giants take 10 towers and six kills and take Origen down in under 30 minutes. The game was actually very close for the first 24 minutes, but Giants used the pushing power of Jayce and Ziggs to shove their way through Origen’s top lane after a sloppy fight and take the inhibitor. With more sloppy fighting, Origen gave game one to Giants without putting up much resistance.

Game two had a bit more action, as Giants earned four kills by the 13-minute mark and looked to be on pace to take the series. The Jayce pick was a big factor once again, but this time it was on the side of Origen. Yoo “NaeHyun” Nae-hyun dominated the game, making plays in teamfights and using his pushing power to take towers. A 26-minute Baron gave Origen the strength they needed to push into Giants’ base, taking the middle inhibitor just minutes later. Giants did not back down, however, surviving the push and stealing the Elder Dragon at 42 minutes. Nine minutes later, Origen shoved into Giants’ base, forced a teamfight, narrowly and sloppily winning the game.

NaeHyun was allowed to play Jayce again in game three, but Na “NighT” Gun-woo’s Zed shut him down, while the rest of Giants dominated the map. Questionable macro play and failing to ward brushes led Origen players to get caught out over and over, just giving free kills over to Giants. Those kills eventually added up, and despite a heroic effort from Origen in a teamfight at the 22-minute mark, the game was too far out of hand. Within 10 minutes, the game was over and Giants had won the series.

Will Origen be sent to the Summer Promotion tournament? If so, will they be relegated?