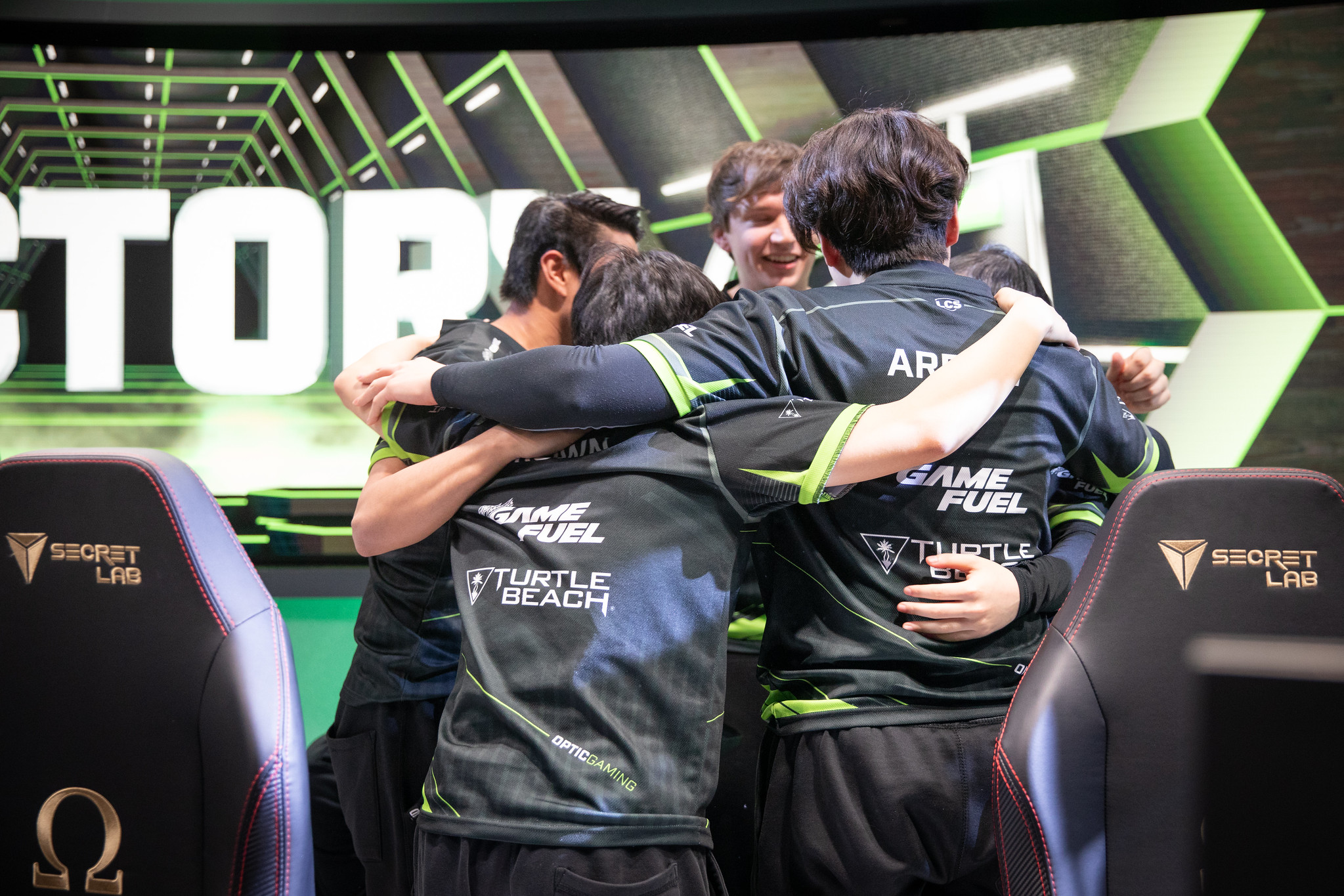 After coming close many, many times over the past two seasons, OpTic Gaming have finally made the LCS playoffs. They beat 100 Thieves and Golden Guardians in a three-way tiebreaker today to earn sole possession of sixth place in the 2019 Summer Split.

The star of the night wasn’t necessarily a player, though top laner Niship “Dhokla” Doshi looked good in both matches. He was able to dominate partly because he got two games on Aatrox, one of the most broken champions on Patch 9.14.

OpTic first-picked the Aatrox for Dhokla in the final tiebreaker game against Golden Guardians and used him to break open the game. Going up against Kevin “Hauntzer” Yarnell’s Gangplank, Dhokla received early gank pressure from his jungler and mid laner, which Golden Guardians failed to match. That was especially bad news for Golden Guardians because Hauntzer is their best player. Even as the game went late, they had no hope of outscaling because of their all-AD team composition. It was the latest game in which a team lost in the draft phase of a predictable and boring meta.

Earlier in the evening, OpTic earned their way to that last game against Golden Guardians by first dismissing 100 Thieves with, you guessed it, Aatrox. 100 Thieves actually had a chance to get that champion with their first picks on the red side, but they opted to lose instead by picking Ezreal and Jarvan.

Still, 100 Thieves had chances with a massive early bot lane advantage. But when support Zaqueri “Aphromoo” Black got picked off in the mid lane, it started a snowball in favor of OpTic. Over and over again, 100 Thieves got baited into all-out mid lane brawls despite the fact that they didn’t really have a tank line for front-to-back teamfighting. Through fight after fight, OpTic shrunk 100 Thieves’ gold lead and after a couple of Barons, they ook down the Nexus.

The other tiebreaker match of the day was a fight between CLG and C9 for second place and a first-round playoff bye. C9 dominated from the beginning, grabbing Aatrox in the draft and stealing away Caitlyn from CLG ADC Trevor “Stixxay” Hayes. Zachary “Sneaky” Scuderi, who looks like C9’s starter when they’re playing seriously, got the Caitlyn and mowed down turret plates all over the map. The game was basically over even before a couple of failed Rakan engages from CLG support Vincent “Biofrost” Wong sealed his team’s fate.

OpTic will now head into the playoffs to face CLG after finishing a game out of a postseason tie in two straight splits. They had one of the league’s smallest budgets heading into the year, but they proved that they can fight together when it counts the most and shouldn’t be underestimated by anyone going forward.