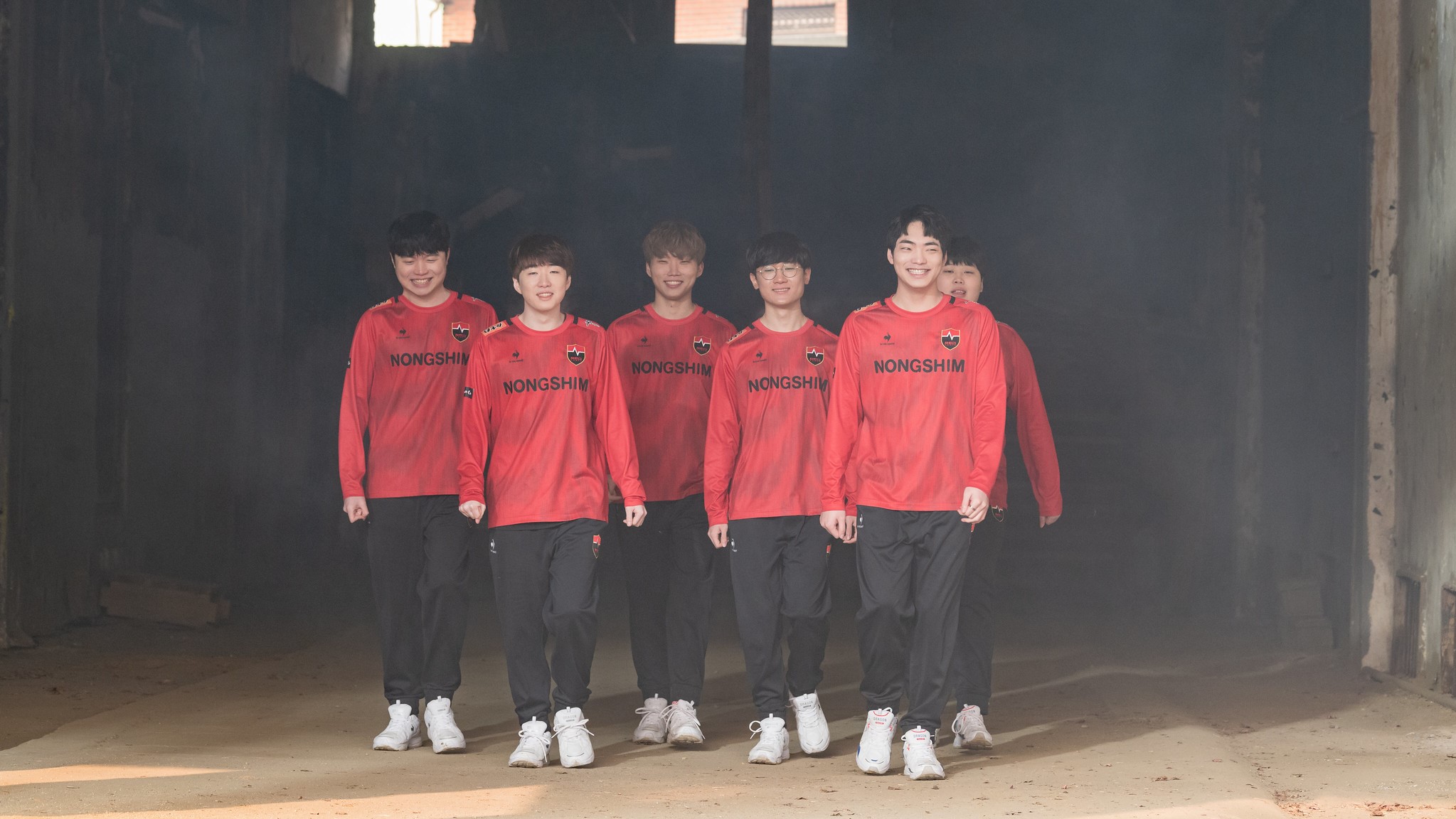 Nonghsim Redforce bounced back against league favorites DWG KIA in the 2022 LCK Spring Split today. The League of Legends team showed flashes of greatness with impressive early skirmishes and coordination in the mid and late game.

DWG tested out numerous adjustments throughout the series, including different strategies and a substitution in the former of top laner Burdol. But it wasn’t enough.

Related: Best LCK players at each position heading into 2022 season

The team lost the early game against Nongshim, who focused on the top side of the Rift in the first two games on the series, only to switch their focus to the bot side in the final game, where deokdam played his signature pick Aphelios.

Nonghsim successfully shut down DWG’s bot lane, with dread proving to be one step ahead during the early game with successful ganks and several objectives secured on the Rift.

It enabled them to snowball their way to victory. Although they slowed down during the mid game, where DWG shone the most in the series, they closed out the game using their Baron buff at the 39-minute mark.

While DWG KIA have kicked off the 2022 LCK Spring Split with a strong victory over KT Rolster, they’ve been struggling to remain on the same page and find their playstyle in the league.

New top laner Hoya has been underperforming, too. But he is often heavily focused by his opponents. This was the case during their loss to Gen.G and today against Nongshim. Since he was substituted, it’s unclear if the team will continue switching both players over the course of the season.

DWG’s play their next opponents, Fredit BRION, on Saturday, Jan. 22 at 2am CT. Nongshim will meanwhile have the chance to extend their win streak with a match against KT Rolster on Friday, Jan. 21 at 5am CT.