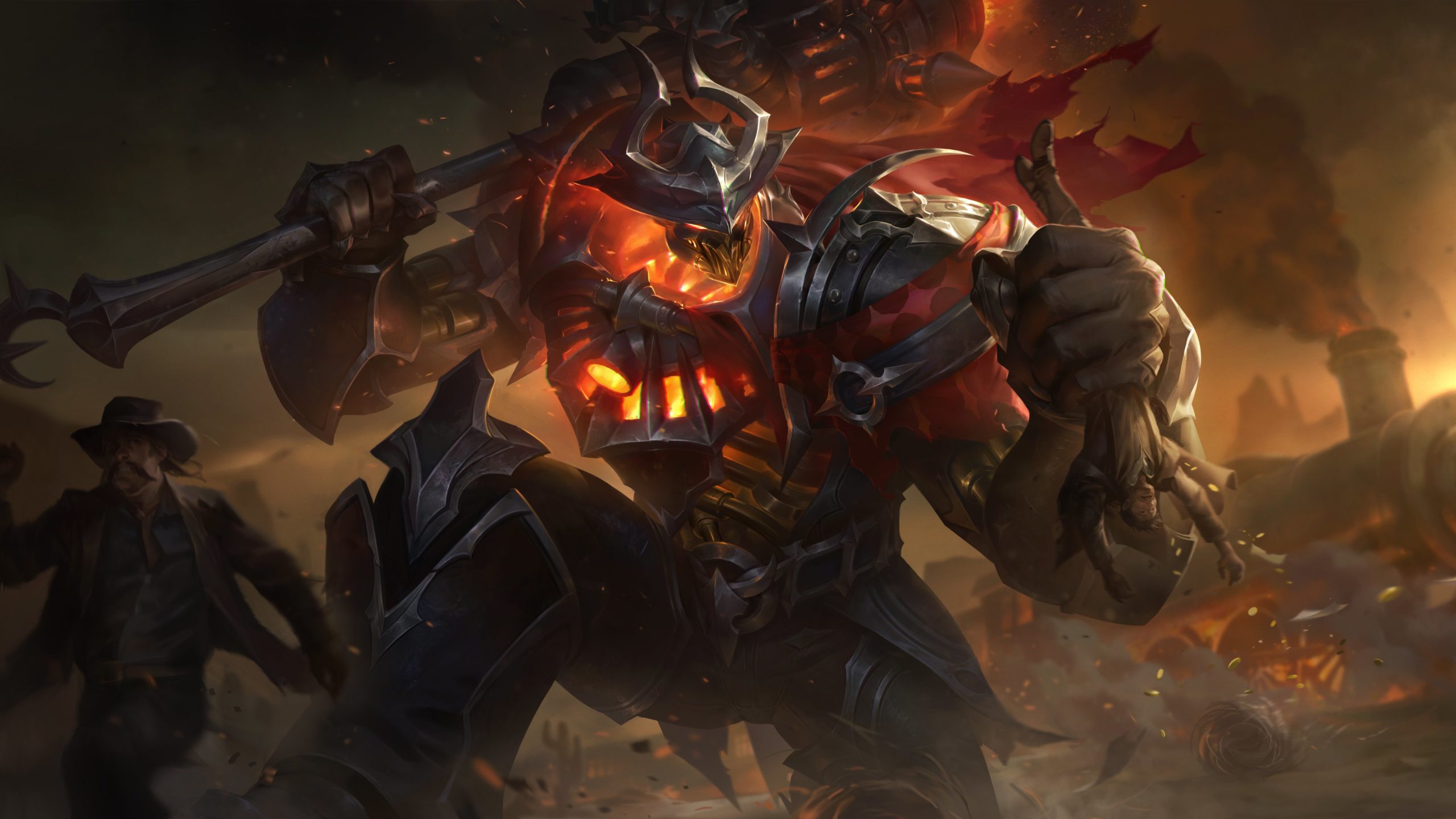 Welcome back to the Wild West, summoners. Riot Games has revealed five new High Noon skins headed to League of Legends that should bring even more gunpowder and glory to the battle between angels and demons.

Katarina, Leona, Mordekaiser, Talon, and Varus are all joining the High Noon universe this time around as part of the Rail Heist. The industrial revolution is bringing in travelers from all around. This time, we’ve got fellows in sharp suits with sharper blades, ladies with lovely dresses and deadly demon forms, and a whole monster of a man stepping foot into the desert.

Katarina’s blazing hair is front and center in her own skin, while armed with flaming double daggers. She comes sporting a clean suit of her own, dashing from foe to foe with ease. Her recall plays out an ominous music note while she uses a wanted poster for target practice.

Leona, on the other hand, comes wearing a black and white dress with white, stylized hair. Her massive hunk of a shield flares out into a butterfly shape when she activates her Eclipse ability, and she wields her mighty sword into battle, bringing the hammer down on any unfortunate cowboys who wish to stand in her way. Her recall has her summon a white mount that gallops away to the fountain.

Both Varus and Talon are dashing young men in classic Western attire, with each champion bringing their own flair to the saloon. Varus’ bow has a heavenly glow with feathers around it, while Talon’s blade gleams with the blood-red hues of the demon skin line. The Blade’s Shadow is also getting the Prestige skin of the set, changing his colors from red and black to the familiar golden hue of class.

Mordekaiser finally enters the stage as yet another monster rising from hell, with armor made of steel and a chestplate reminiscent of a forge. He even has a Western-themed belt buckle that looks like a bull, while wielding a massive mace that spews flames like the smokestack of a train.