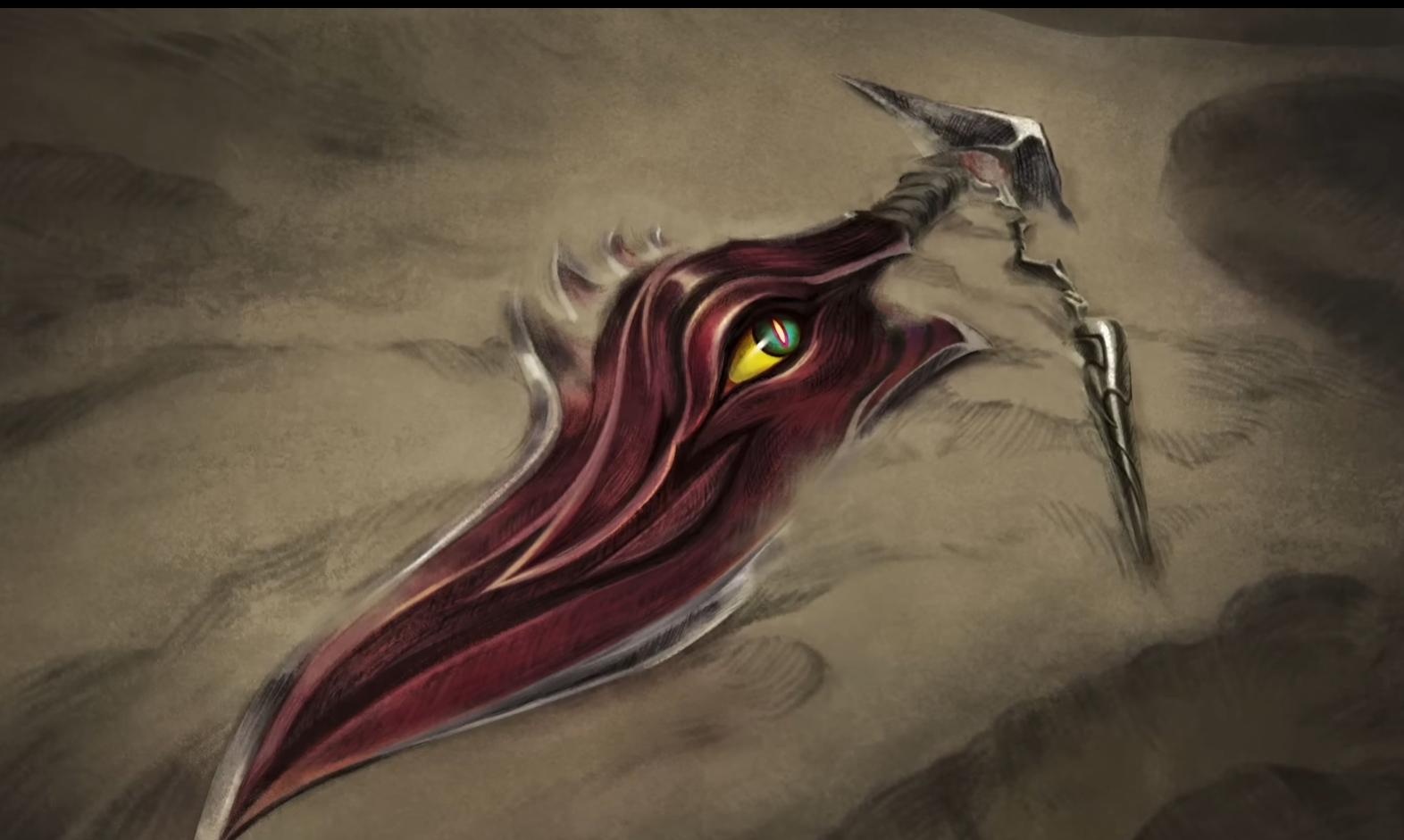 Riot Games revealed today in its latest League of Legends Champions and Preseason video that the next Darkin champion is on its way.

The upcoming Darkin is trapped in a dagger and the wielder—whoever or whichever entity that will be—will fall into the assassin category, according to Ryan “Reav3” Mireles, lead champion producer for League.

The new champion will be the first addition to the Darkin team since 2017, when Rhaast and Kayn were released. Darkin are God-Warriors, fallen Ascended of Shurima, who were traumatized and wounded by the horrors of the Void War and thus used blood magic on themselves, a type of spell that is linked to resurrection and healing.

With the passing of time, the entities began turning against each other, thus bringing more wars across Runeterra. But mages found a way to seal them away by merging the celestial power in the God-Warriors’ hearts with their physical form, bonding their essence and being within the weapon they wielded.

After thousands of years, some of the remaining Darkin have escaped, like Aatrox, Varus, and Rhaast. Aside from the already well-known champions in League, we also know the names of other Ascended who fell. Some escaped, while others are lost forever.

The Darkin are one of League’s mysteries that fans have been requesting more information about. With the eventual arrival of the new dagger-entrapped entity, Riot might decide to release new lore on the fallen champions.