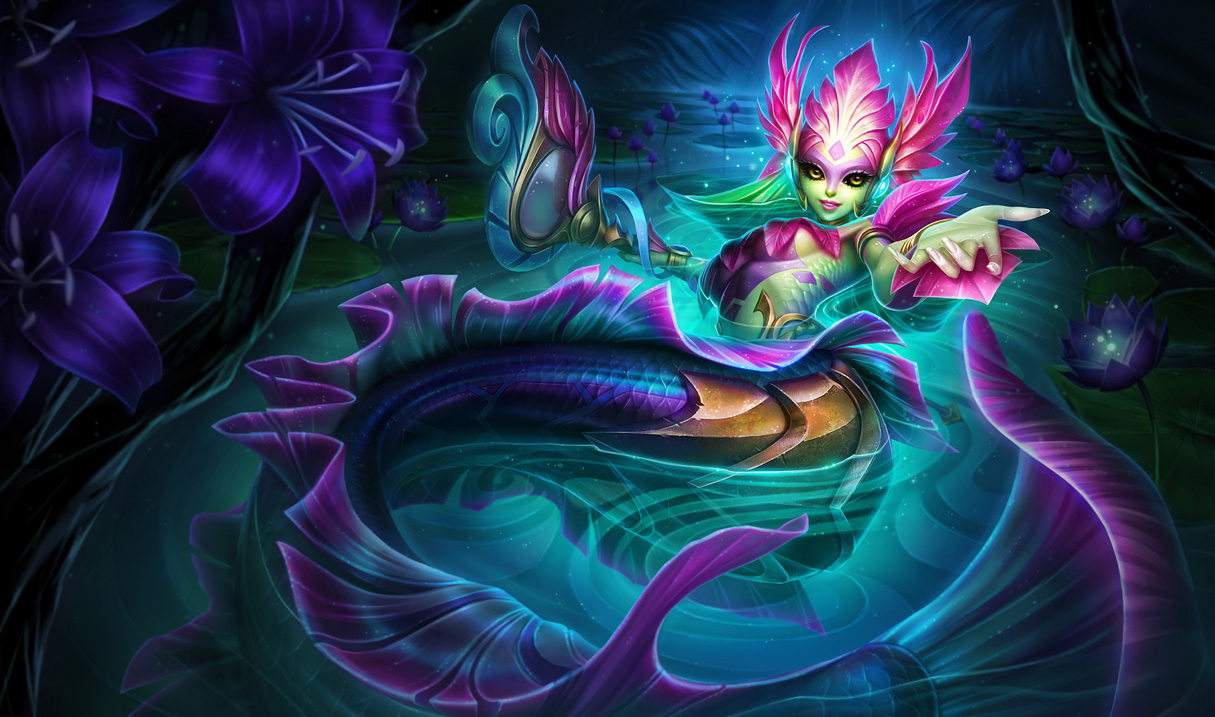 Ranged support champions are running the show in solo queue, and Nami is chief among them in North America, according to League of Legends stats site Champion.gg.

For months beginning last fall, Janna was queen of the enchanter supports thanks to the strength of Ardent Censer and the overall strength of her extremely simple kit. Following tons of nerfs to Janna over the course of this season, as well as various buffs to AP items, Nami passed her.

Nami fits right in. Not only does she fill the role of standard enchanter with a low cooldown and relatively powerful heal and poke, but she’s also a playmaker with her ultimate ability and bubble, something that the other enchanters lack. Morgana, if you even want to call her an enchanter, can match her playmaking abilities with a binding, but she lacks Nami’s versatility.

We know what you’re going to say. “But we thought the Ardent Censer was nerfed at the start of the season!” You’re right, the massive nerf to Ardent Censer late last year hit enchanters pretty hard. The thing is, though, they don’t need that item to be the most effective champions in the game; that item just took them to another level.

It comes down to the fact that these champions all have point-and-click healing and shielding abilities. That’s extremely easy, powerful damage mitigation every few seconds, and it’s much, much easier to use when compared to the skillshots of mage supports or the crowd control that playmakers need to land.

Nami stands out from the rest of the enchanters right now simply because her heal is barely more efficient to use than Janna’s shield, Lulu’s shield, or Soraka’s healing. She also brings a little more skill expression to her kit, rewarding better players that can land the great bubbles. She is still cursed to the same fate as the rest of League’s enchanters, however. Whenever one is nerfed, or another buffed, one champion will end up with the best numbers, and they’ll become the meta.

After a couple of weeks or months, they’ll be nerfed, and the cycle will continue, reminiscent of the tank jungle meta last spring. Riot does currently have plans to alter how shielding and healing work in League, which could break that pattern, but until then, Nami is an extremely safe pick if you’re hoping to climb that ladder.