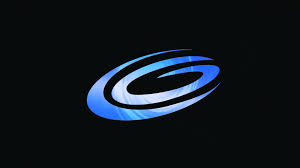 Hey guys, this is my part-two for my LCS expansion article. Today we’re discussing Coast and Curse Academy, two teams who had extremely strong showings in the online portion of the tournament and are now looking to face each other in the first round of the live stage. We’re gonna breakdown the strengths and weaknesses of both groups and make a conclusion as to whom will come out on top.

Coast look strong, very very strong. Their line up is a mix of former lcs players from across the globe, specifically looking at Jesiz (formerly SK Gaming) and Impaler (formerly Supa Hot Crew.) This team synergizes very well, and patiently waits for the most opportune chance to pounce, while giving nothing back in return. Lets dive in and take a look at their first series.

Now before I go off and make Coast seem godlike, let me state that this first series was never meant to be hard. Call Gaming was the last seed into the tournament and none of their players have any professional experience. What makes Coast look great in this match however is that they did nothing out of sorts or beyond their limitations just because of Call Gaming’s experience. They knew how far they could push the envelope and never went past. Picks/bans went great for coast allowing them to snatch up Rengar for Impaler and Orianna for Jesiz (his most played champion.) With a Graves and a Rumble locked in also, they composed themselves a huge aoe team fighting team and pressed this at the start of the game. Impaler moved around the map with fantastic vision control ganking lanes and punishing anyone out of position. Call Gaming’s bot duo pushed up their lane to apply some pressure and not have to fight on their back heels. Unfortunately for them Cris used his tp immediately to flank them in bot and secure kills for Coast. When team fights broke out, Call Gaming attempted to use their Karthus ult to secure kills, but literally  EVERYTIME Sheep would use Janna ult to completely negate any damage coming from the death singer. Their wombo combos were consistent equalizers into Orianna shockwaves and follow up with the Graves. Coast dominated in this fashion holding an almost 20k gold lead @ 23 minutes, and not dropping their first death until around 30 minutes into the game. Coast closed this game quickly after, and Call Gaming at that point were already thinking about game 2.

Learning from game one, Call Gaming draft a smarter composition for themselves with a little more siege defense. Coast do a hybrid comp with great pick potential, followed by a solid team fight. This match started off pretty slow, with not much action happening because Coast knew their team comp didn’t have as much early damage/heavy engage as they did previously (this is the not pushing the envelope part.) Instead they maintained great vision control and worked around Call Gaming until they felt they were ready to fight. Jesiz showed impressive mechanics on Ahri allowing him to grab picks and have Impaler follow up. Building an early game Mejai’s Soulstealer shows his confidence on his Ahri (which is backed up with an 11/0/11 kda.) Nothing groundbreaking from the first game, Coast just moved at a slower pace, but eventually suffocated Call Gaming into defeat, and out of the tournament.

Though they faced a more seasoned opponent in LoLPro, this game just shows even more tactful planning and ability to work around their opponent. Every laner in Coast played extremely defensive, but not passive (lets be clear.) They all stayed even or got ahead in lane and let Impaler roam around and find opportunities for them to capitalize on. Over the fight for the first dragon, Cris timed his Gnar transformation perfectly with his tp usage. He teleports in as Mega Gnar creating a 5v4 scenario and instantly allowing Coast to clean house. This trend continued through the entire game, while Cris was off applying pressure by split pushing, a skirmish would break out, followed by a teleport with Mega Gnar jumping out, his control and timing of his rage meter has probably been the best I’ve seen. Coast continued to out rotate LoLPro preventing them from trying to answer back with any objectives. Coast closed this game down with the same amount of precision and careful handling you would see in a brain surgeon.

Similar to the first series, Coast didn’t change much up for the second game. The most notable thing was we got to see Jesiz on Jayce (if you didn’t know, Jesiz was highly known for and criticized on the fact he played Orianna or Ahri in 90% of his games, and never any other champ.) Coast created a poke comp for themselves, but sure enough rounded it out with some engage and team fight potential. This game was no less brutal for LoLPro than the first, with timely use of teleport, great vision control, and strong mechanics from every player (especially Impaler, that guy was dodging skillshots all game. ) Not giving their opponents a single chance, Coast forcefully smothered LoLPro with a pillow, as they lay dying on their hospital bed.

I was as shocked as you were when Curse Academy were up two games to CLG and then lost three in a row, losing their chance into the LCS by a sliver. But karma (no pun intended) shined favor on them with this expansion tournament, giving them one more chance to make it into the spring split. Curse Academy bring a mix of LCS experience and challenger talent to round out their quest for redemption.

Curse Academy do nothing fancy in picks/bans, they simply play to their strengths. They pick up Jarvan IV for Saintvicious allowing him to find opportune moments to create engages for his team. New top laner on the team Hauntzer picks up Kassadin, followed by a mid lane Zed to allow for chase downs and assassinations. Curse Academy played pretty passive early game, relying on Saintvicious to find picks for them. They are actually down in kills by the 15 minute mark, but an early dragon and good objective control allows them to stay even in gold. The rest of this game was followed by constant rotations (dragging Complexity across the map) and patient waiting games, then pouncing when Complexity had no chance of answering back. Curse actually sneak a two man baron under Complexity’s noses while having the rest of their team pretending to push up mid. Great initiations, mind games, and a 14k gold lead allow Curse Academy to put the foot down for the first game.

So the most exciting thing I’ve seen since Akali at worlds, was Curse Academy’s mid lane Hecarim pick. A complete counter to Complexity’s Zed, this allowed Curse to have even more engage potential (as if they didn’t need more.) This game however did show some cracks in the armor of Curse Academy. In times of losing patience Saintvicious would engage into an area with little vision control, and inadvertently start a fight they were not necessarily looking for (sometimes they could clean up, sometimes they couldn’t.) Even with a shaky start, Curse Academy pulled back their reins and continued to play the game that had won them the first match. Capitalizing on over-aggression, Curse Academy (with a few bumps along the way) shut down Complexity White, and their chance of making it to the live round.

Lets take a look at what each team is bringing to the table as far as strengths and weaknesses.

My personal match up for this game is Impaler v. Saintvicious. Both teams like to let their Junglers make the action happen in the early game, and with the years of experience they both bring I’m sure there will be plenty of blood to spill. This game is going to be the closest and most exciting in the tournament so far, and yes there can only be one winner, but I wouldn’t surprised if both these team ends up making it into the LCS. Check loleports.com to find the match time in your local time zone.