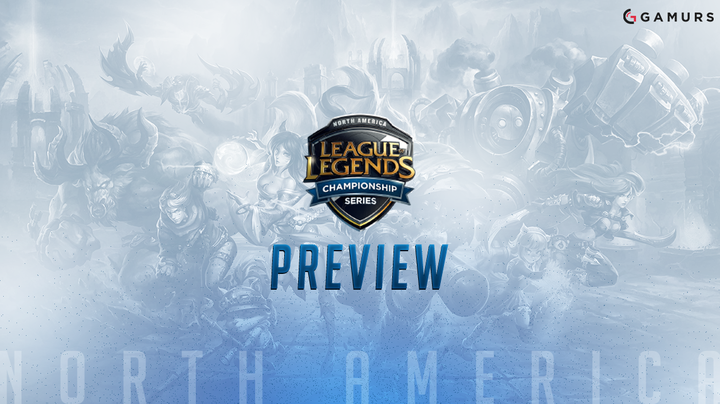 For those looking to get an overview of the current rosters and some insight on each team, you have come to the right place. The starting rosters below are the ones posted by lolesports, the official eSports website for LoL. If you are interested in reading about the EU teams, check out our article here. Here is a preview for each NA team going into the Summer Split:

Apex is one of the three newcomer organizations to the NA LCS. With new organizations, comes new teams and new faces. Ray comes to Apex after spending a year on Chinese titan Edward Gaming. Shrimp comes from NRG Esports, where he played one game for them. Keane hails from a variety of smaller teams, and is looking to find his home at Apex. Apollo comes from Team Dignitas, who failed to retain an LCS spot by losing 0-3 to Team Dragon Knights. Xpecial spent time with Team Liquid, and is now looking to establish himself on Apex. This is only the starting roster as listed by lolesports; Apex has a 10-man roster and is likely to utilize their reserves often. Given this, Apex could easily find themselves at an advantage with the element of surprise and underdog status. However, switching out players often will have an effect on team chemistry.

For Apex, this split will be tough due to how stacked the NA LCS is. They earned their spot here, though, so don’t discount them.

C9 has made a lot of moves for this split; bringing in Impact (from NRG Esports) and moving Meteos and Bunny FuFuu to the starting lineup to replace An “Balls” Le, Yoon-Jae “Rush” Lee and Hai “Hai” Lam who have all been moved to C9’s Challenger Series team.  C9 also picked up Reapered (from Chinese organization EDward Gaming). C9 is looking to reclaim their former glory as the kings of North America by bringing on tried and true players since being beat 1-3 by Team SoloMid in the Spring Split Playoffs. Impact? Season 3 World Champion. Meteos? Two-time NA LCS Champion. Bunny FuFuu? Insane Thresh plays and a lot of potential.

For C9, this split is seen as a chance to break into the the current trifecta (Counter Logic Gaming, Immortals and Team SoloMid) of top NA LCS teams and reclaim their throne.

CLG, the current face of NA. They won the Spring Split Playoffs in two narrow 3-2 victories against the young gunners of Team Liquid and then the resurgent TSM. Going into the 2016 Mid-Season Invitational, almost everyone had CLG at the bottom of the rankings. CLG had other plans. Being second to none other than the 2015 World Champions SK Telecom T1, CLG has certainly brought the spotlight upon them. Making no roster changes, correctly as they weren’t needed by any means, CLG is looking to show that they’re here to compete with the best. Many viewers have CLG as favorites to win the Summer Split, and it’s no surprise as to why. Taking a game on SKT is a feat that only one NA team can boast; CLG is that team.

For CLG, this split is all about maintaining the glory they have obtained this year. If they begin to fall now, the 2016 League of Legends World Championship will not be fun for CLG.

Echo Fox didn’t make any changes to their roster going into the Summer Split. To the average fan, that may be seen as confusing because Echo Fox finished in a paltry seventh place. However, this split will be different. Echo Fox’s worst enemy last split was visa issues, which kept the full roster from playing together until Week 5. Due to the lack of time to build team chemistry, the team didn’t have as much success as they’d like. But, they were able to retain their LCS spot due to playing with heart and having a formidable amount of raw talent.

For Echo Fox, this split could easily be a 5-6th seed into the playoffs now that they have time and visas on their side.

Immortals made a name for themselves in their rookie split by absolutely dominating almost every game in the Group Stage. However, they fell short of taking home the NA LCS crown due to misreading the meta and being beat 0-3 by TSM in an unexpected fashion. This leads to Immortals only change being the addition of Assistant Coach Jesse “Jesiz” Le. For Immortals, this split is a chance to take the crown that they were so close to last split. The cohesive teamwork that was displayed by Immortals last split is likely to be even better this split thanks to the extended time the team has had to practice and analyze the meta. There wasn’t much for Immortals to change, so expect them to be around the top spot in the standings.

For Immortals, this split is about three things: revenge against TSM, challenging the current kings of NA and proving that this organization belongs at World’s.

NRG made a ton of moves going into this split. Quas came out of a short stint of retirement to join NRG. Santorin, mostly known for his year spent on TSM, came from Challenger Series team Ember. Ohq comes from TDK, and last, but certainly not least, fan-favorite support, KiWiKiD, comes from Team Dignitas. When thinking about how this team will perform, there is a strong air of cloudiness. No one really knows if they will mesh and be play well enough to hang with the best. However, with the management and backing they have, NRG will be able to fine-tune anything to play with the best. Give them time, they’re tenacious and determined; sometimes, that’s enough to avoid relegation and maybe even make the playoffs.

For NRG, this split is about doing away with the inconsistent play of last split and gaining notoriety.

EnVyUs is not new the the eSports scene. Fielding teams for more games than most, it was inevitable for EnVyUs to make their way to LoL. Buying out Renegades LCS spot, EnVyUs acquired Seraph, Ninja and Hakuho who are capable players. Procxin spent time on Team Impulse, who sold their LCS spot to Phoenix1. Nientonsoh, who joined EnVyUs after being on Immortals on 2015, is sharing the ADC role with LOD, who spent time on Ember with Santorin. EnVyUs has potential, but this split will be extremely tough for them given the amount of time and talent many other teams have in the NA LCS. Seraph is likely going to be the star of them team, but that’s not a bad thing. Seraph did have an 8.0 KDA and a 5-2 record in his seven games played.

For EnVyUs, this split is about trying to stay together and keeping team synergy up. Like I mentioned before, the NA LCS is stacked, but EnVyUs has a sleeper pick in Seraph, and maybe even more.

P1 bought out TiP’s LCS spot, and retained players Pirean, Mash and Gate. zig is spent time with Team Liquid and Inori was with Team Dignitas. Looking at this roster, there isn’t much that comes to mind other than future bottom-feeders. In their rookie split, P1 is probably just looking to avoid relegation. Other than that, there isn’t much to say about P1 other than that they should give it their all despite not fielding a very competitive roster on paper.

For P1, this split is about surviving. In the NA LCS, only the fittest will remain and P1 needs to remain positive to have a shot at doing so.

Liquid did not make any roster changes going into this split, that is, until starting jungler Joshua “Dardoch” Hartnett was suspended by the team due to insubordinate behavior. Now, for the first two weeks, Moon will be taking his spot. Before Dardoch was suspended, Liquid was seen as a young team ready to hang with the big dogs. Liquid fell short of a Finals bid last split due to losing  2-3 in a nail-biting Game 5 that ended with the infamous Darshan and Huhi double-teleport play to take down Piglet. The absence and ambiguity of the Dardoch situation could be harmful for Liquid, however, the rest of the team is very capable.

For Liquid, this split is about breaking the fourth-place curse and gaining maturity.

TSM made two changes; the pickup of Biofrost soon after Bora “YellOwStaR” Kim decided to return to Fnatic and the full-time hiring of sports psychologist Weldon Green. Biofrost has gone from Challenger tier, to being under one of the biggest spotlights in NA. Despite finishing 9-9 in the Group Stage last split, TSM came alive when it mattered by 3-1’ing C9, sweeping Immortals and bringing CLG down to the wire, eventually losing 2-3. If one team fight went in TSM’s favor against CLG, we likely would have been cheering on TSM at MSI. Green is attributed to helping quell the team’s sea of woes going into the playoffs last split. Thanks to a very strong showing in the playoffs, TSM has come back to the trifecta of top NA LCS teams.

For TSM, this split is about exacting revenge on CLG, moving closer to a World’s bid and making sure that TSM will make it to yet another NA LCS Final.

Overall, the NA LCS is looking stronger than ever this split. The NA LCS begins on Friday, June 3 at 10:00 a.m CST with the matchups of TSM vs CLG and EnVyUs vs NRG.

What are your thoughts on the NA LCS for the Summer Split? Who do you think will the eventual NA LCS Summer Split Champions? Let us know in the comments or on our Twitter – @GAMURScom