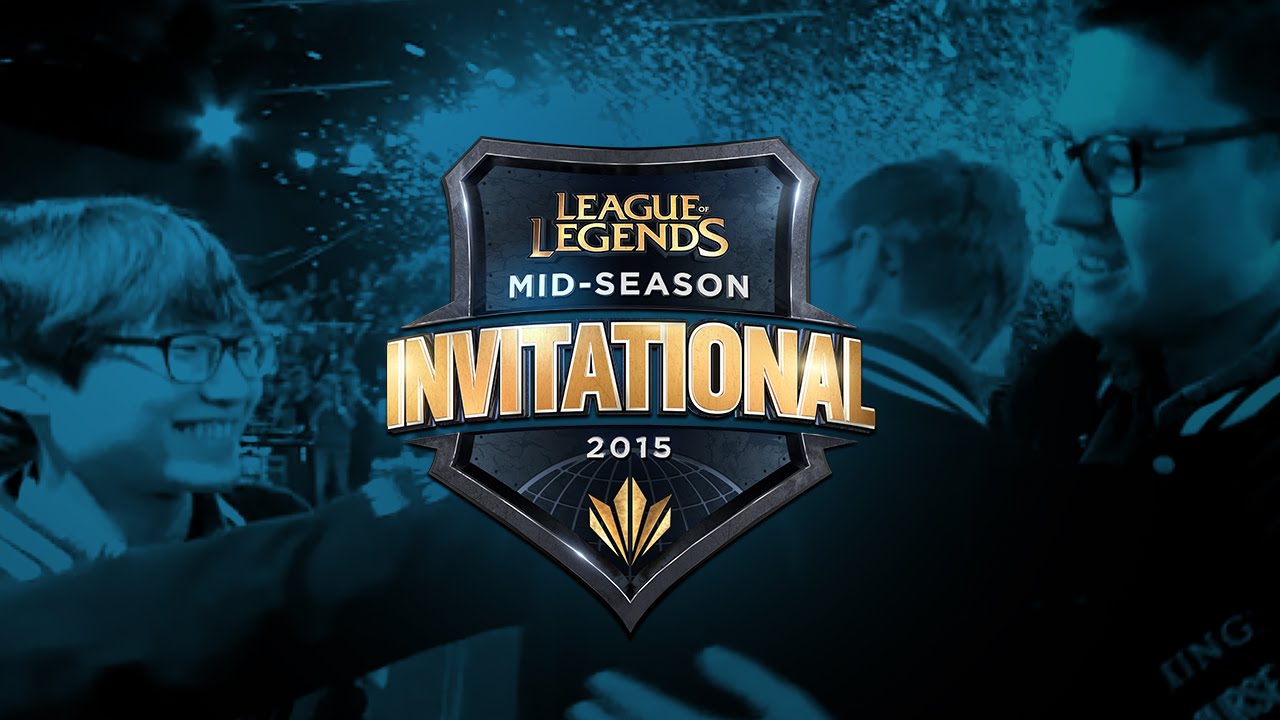 As the May 4, 2016 Mid-Season Invitational gets ready to kick into gear, ghosts and echoes of the 2015 MSI glimmer. While the only team to be making a reappearance at the 2016 tournament will be tournament favorites SK Telecom T1, many of the storylines laid out in the 2015 tournament remain poignant.

From EDG’s upset of SKT to TSM’s implosion, and from the rise of Fnatic to IWC support Dumbledoge’s first blood kill on Faker, MSI 2015 was a fun and unexpected tournament that kept fans on their toes. What occurred was a far cry from the expected storylines and favorites heading into the event. In many senses, MSI 2015 served as the turning point of the season. With another MSI just around the corner, it is time to place the 2016 predictions in context with last year’s results.

Due to their poor results in international play after MSI 2015, China is generally regarded as a weak region internationally. With the poor post-season results of Imp’s LGD fresh in many’s minds, heading into this year’s MSI, some fans are going so far as to place China’s representative, Royal Never Give Up as a bottom two team. This abrupt demotion from China’s former place as the consensus second best region only serves to highlight the region’s recent poor international performances.

But at MSI 2015, China shone as kings of the world. In the semi-finals, EDG easily 3-0’d ahq, a team which had beaten the representatives of both NA and EU in the group stages. EDG’s subsequent intense 3-2 finals win over SKT, which saw Aaron outsmart kkoma with an “anti-LeBlanc” comp in Game 5, temporarily convinced the world that the Korean exodus, China’s decision to mass-import star Korean players, was a success.

The brilliance of former Samsung stars Deft and PawN was highlighted by their synergy with Chinese veteran ClearLove and the individual improvement of rising talents Koro1 and Meiko. Unfortunately, EDG was ultimately the only Korean-infused team to find such international success in Season 5. Although rival Chinese organizations LGD, which featured imp, Acorn, and Flame, and iG, which featured RooKie and KaKAO, would join EDG at the Season 5 world championships, all three teams disappointed. LGD and iG failed to make it out of the group stage, and EDG was immediately 3-0’d by Fnatic in the round-of-eight. Although Chinese teams were clearly strong from a mechanical standpoint, the region’s lack of strategy and communication proved to be there undoing.

At this season’s MSI, China is sending Royal Never Give Up, a team headlined by Season 4 World Championship MVP, former Samsung White support Mata.  After a year of poor results, it’s possible that a new Korean exodus team can put China back on top of the world; but RNG may suffer from the same communication and strategy problems that haunted their predecessors.

As the consensus strongest region in the world, Korean teams are heavily criticized whenever they fail at international competitions. However, SKT’s defeat at MSI was a much different result than the previous disappointing defeats of the ROX Tigers or Samsung Ozone at IEM Katowice and Season 3 worlds respectively. The teams well-fought series against EDG did not bring shame to their region, but it did leave their fans and players hungering for the next opportunity to win back the throne. To make matters even more exciting, Fnatic’s narrow 2-3 loss to SKT in the quarter finals, during which saw both Huni and Febiven outplayed the legendary Faker, suggested that Europe may be nipping at the heels of a Korean region hoping to recover from a massive loss of talent.

But while MSI 2015 showed the first cracks of Korean dominance, Worlds 2015 was the exact opposite. At the Season 5 World Championships, both the KOO Tigers and kT Rolster would drop games in the group stage, but these losses only served as false hope for the rest of the world. Although European fans were ecstatic to see two of their teams qualify for the semi-finals, the Tigers and SKT would make quick work of their counterparts, setting up the first All-Korean final at the World Championships. Korea’s dominance suggested that although Europe had now usurped China as the second best region, the gap between Korea and Europe was far larger than the gap between Europe and the rest of the field. This time, Faker’s SKT is bringing back 4 players from their previous MSI team and are looking to win the championship that they narrowly missed out on last year.

Although ahq’s play at MSI 2015 was hardly discussed in favor of more exciting storylines, ahq actually came out of the tournament in the third-fourth place slot. Although they suffered an unfortunate 3-0 series defeat to EDG in the quarter-finals, Westdoor and his men had handily beaten both Fnatic and TSM during the group stages.

The fortunes of the Southeast Asian region have always risen and fallen rapidly during international play. During the Season 2 World Championships, the Taipei Assassins surprisingly won the World Championships after most had ignored their strong regular season performance, dismissing their success as the result of a weak league. For the next two years, SEA would struggle to return to prominence after the dissolution of TPA. A promising Gama Bears team would be demolished by Faker’s SKT in the Season 3 World Championship quarterfinals, causing analysts to dismiss the team and the region, even though Faker and his teammates would perform similarly against the well-respected Royal Club in the finals. Season 4 saw ahq seeded into the group of death, alongside Samsung White and Edward Gaming. But even this squad was able to steal a game and force a tiebreaker by taking advantage of NaMei’s struggles.

In many senses, MSI 2015 was the true return of SEA to world prominence. Although fans had come to take for granted that Western regions would outplace SEA, ahq was able to defeat both Western sides at the tournament. During the Season 5 World Championships, both the Flash Wolves and ahq were able to get out of group stages, meaning that SEA, limited to two World spots, had actually moved all of their teams into the playoffs. At this tournament, SEA will look to continue to establish their newfound reputation as a region to watch. Although Europe’s strong performance at the World championships suggests that the Flash Wolves may enter the tournament on their back foot, there is a great possibility that SEA can find themselves respected as the second best region by the time this tournament is over.

The Return of Europe

After Europe’s disappointing Season 4 World Championship, during which none of their teams made it out of the group stage, their star finally fell behind their Western rivals, North America. Heading into MSI, Europe’s poor strategic play in the spring split suggested that their regional representatives, Fnatic, would be making a hasty exit, possibly even falling out during the group stage. In reality, Fnatic was able to adapt to the metagame and strategically improve far better than anybody expected. After a quick upset against TSM in the group stage, Europe would eek out of the group stages as the 4th seed. However, Fnatic’s improvement wasn’t done. The developing squad, led by Huni and Febiven, would play a surprisingly competitive quarterfinal series against SKT, hanging tight for 4 games before getting blown out in the final game.

Fnatic would build on this success in the following Summer split, finishing with a perfect 18-0 record in the regular season. In addition, the introduction of Origin and internal improvement by other European sides such as H2k, Gambit, and ROCCAT would push the regions to new heights of success. This success was borne out at the World Championships near the beginning of the tournament, as European teams would triumph over Chinese, North American, and Southeast Asian sides on the way to two semifinals berths. Unfortunately, both European teams were promptly blown out by their Korean counterparts. This MSI, Europe will hope to again challenge Korea. Much like the Season 5 Fnatic, G2 brings a promising domestic mid-laner bolstered by solid imported Korean talent. Yet, with the rising Southeast Asian Region and the unpredictability of China, these European representatives will need to hold fast to defend their region’s hard fought number two spot.

The Downfall of North America

North America entered the 2015 tournament in the opposite situation as Europe. TSM’s strong performance at the IEM VIII World Championship and their one-sided victories over well-respected rivals Cloud9 during the spring split suggested that TSM may have been an outside contender for the championship. Although it was still debatable whether or not teams like Cloud9 or Team Liquid could beat European teams like Fnatic or SK Gaming, TSM was widely accepted as a cut above the other western teams.

Entering the tournament with a poor read on the meta, TSM’s performance at MSI was extremely disappointing. The team failed to get out of the group stage and their one-sided loss to Fnatic suggested that TSM was weaker rather than stronger than elite European teams. This tournament would go on to mark the decline of Santorin, Lustboy and WildTurtle.

The region’s play at the World Championships was even more disappointing, with not a single team getting out of groups. This year, CLG is entering MSI with strong teamwork and well-respected strategical chops, but their individual play in several positions is sorely lacking when compared to other MSI contestants.

It’s wrong to refer to the International Wild Card representative as a region, as the spot as actually representative of multiple regions that play their own tournament to qualify for MSI. As a case in point, Turkish side Besiktas played at MSI last year but the IWCI win at Worlds last split came from paiN Gaming, a Brazilian team. In previous years, the IWCI teams have mostly played to enjoy the international stage and gain experience and fans, a mindset somewhat defined by Besiktas’ impractical early game play to kill Faker last tournament. However, paiN’s defeat of CLG at worlds suggests that better days may come ahead for the IWCI teams. With the team formerly known as Besiktas returning to MSI as SuperMassive eSports, this Turkish squad has a chance to build on their previous success.