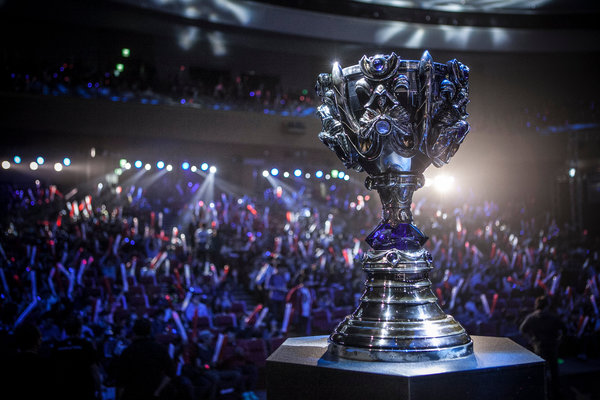 Ranking of the Top 6 Organisation with the biggest tournament winnings in the history of League of Legends.

This Ranking only accounts for money earned in the form of tournament or League winnings. Addition sources of income; sponsors, streaming and player transfers are not factored in mainly because the information is not in the public domain.

Only 5 Teams have ever won over $1,000,000. The top 3 all won 1st place at worlds. All 6 teams had at some point one or more Sister teams participating at the same time.

The reason why Taipei Assassins are 1st is a combination of winning the Season 2 World Championship and Incredible domestic success mainly Season 4 where they won GPL Winter Spring and Summer Consecutively, with the addition of their fairly domestically fairly successful sister team puts them at number one.

The youngest league of Legends organisation on our list came about on the 6th of September when Samsung bought both rosters MVP Blue and MVP Ozone for a reported cost to be between $300,000 and $500,000.

Both Teams where extremely dominant in Korea through season 4 with blue having more domestic success having won champions Spring 2014 and Runners up in Champions Summer 2014. However it was Samsung Ozone who won Season 4 World Championship after qualifying as the second seed from Korea and beating Blue the number one seed from Korea in the semi-finals, despite blue previously beating them twice earlier that year in Champions Spring and Summer semi-finals.

The majority of SKT T1 success came from SKT T1 K who are the only team to of won two seasons of Champions Korea, which they did back-to-back of summer 2013 and winter 2014. Along with a World Championship under their belt they come 3rd however mainly due to having a weaker sister team SKT T1 S

TSM are the highest team to have never won a World Championship which can only be accredited to their domestic success. TSM have Been the dominate team in North America From early 2012 – 2015, with the exception of cloud 9 beating them in NA LCS summer 2013 and Spring 2014.

In a similar fashion to Tsm Fnatic have been nearly untouchable domestically winning 4/5 LCS Splits. The only time they haven’t been relevant internationally since formation in mind 2011, was in season two where the team rebuilt after a streak of poor performances earlier that year. At their height internationally Fnatic where a top 3-4 team (IPL 5) however it is their longevity that puts them 5th on our list.

Perhaps the oldest active organisation in league of legends CLG were most successful in season 2 with two strong line ups CLG.NA and CLG.EU. The more sucessful team CLG.EU in late season 2 with a 2nd place finish in Champions Spring 2012 and 3-4 place finish at Season 2 World Championship. More recently CLG.EU moved to a different organisation and CLG.NA have become a middle of the pack team in NA.

*Please understand this is only from Tournaments/League earnings, It would be extremely difficult to calculate total earnings including Sponsorship, merchandising etc. Does not display every tournament played, particularly small online tournaments, realistically the numbers are only an estimate that don’t account for inflation, and on the assumption that NA and EU earn ~ $100,000 per LCS split. Data Accurate of 01/05/2015

Website dedicated to esport earinings however some Tournaments missing so incomplete table: