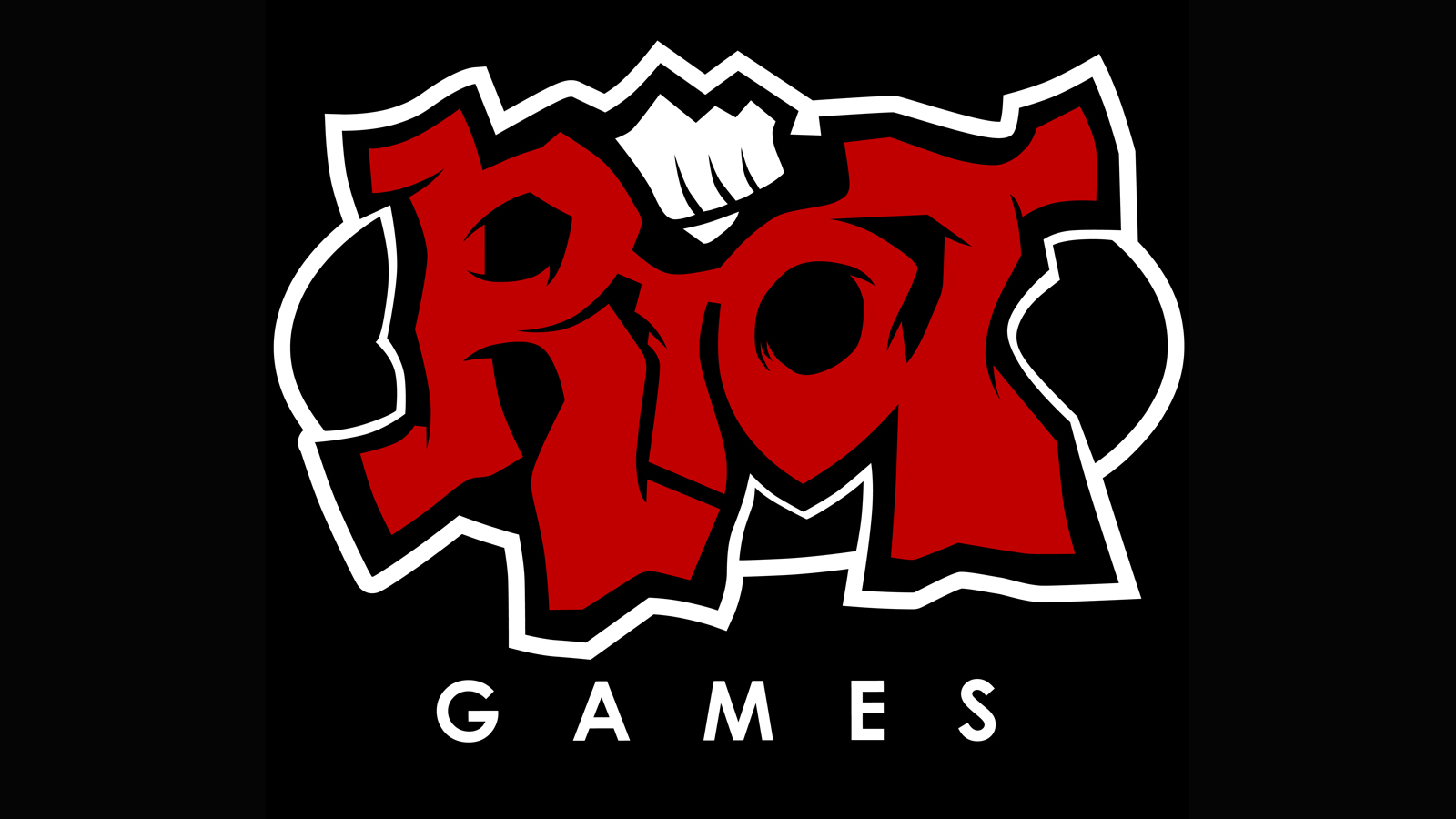 In a recent article written by Richard Lewis, former Daily Dot journalist now a part of Breitbart News Network, concerns were raised about a possible increase in the level of control that Riot Games has over teams participating in the League of Legends Championship Series (LCS). According to Lewis’ sources, Riot is considering a system in which any sale of an LCS team would have to go through them first. On top of that, Riot could potentially force a team owner into a “buyout” of their team if they see it necessary to protect the players under their care. This is in regard to abuse cases, an example of which was the intimidation of Marcin “Kori” Wolski by the management of MeetYourMakers (MYM), which Riot personally investigated. Lewis then went on to say that team owners instead suspected that this could be another way to control team owners “speaking out” about some of Riot’s less than agreeable decisions.

Soon after, the Director of eSports, Whalen “RiotMagus” Rozelle, responded to claims made by the article. Though the statement provided some insight into the goals of the company moving forward, it failed to address some important questions that are brought up by Lewis’ article. What are team owners or coaches to do when a ruling is unfairly declared, as, some might argue, the Chris Badawi case was? To summarize the case, Badawi had supposedly engaged in tampering with two players from Team Liquid while his team was still in the Challenger Series. The problem is that Badawi was not even a part of the league when said tampering occurred, so instead a new rule was created and retroactively applied to actions he, again, supposedly committed. To make matters worse, previous cases dealing with actual poaching of a player were dealt with in a much less severe manner. So what is Badawi to do? There is no appeals system and no open presentation of evidence from an investigation.

Badawi claimed in a Reddit post that not everything was as straight forward as the ruling on his case claims it was. He stated the following:

“There was never any specific warning about my past behavior and I’m deeply troubled by this inclusion in the ruling. The first time I was contacted by Riot regarding these specific incidents they were brought up together after both had occurred and at no point was I warned in any way by Riot officials during the time after my conversation with Keith and before my conversation with Quas.”

If these claims are actually true, it is troubling news that a ruling handed down by the voice of LoL eSports was so disingenuous. When it is all said and done though, Riot owns the right to the intellectual property that is their game. The LCS was and continues to be a huge investment of money and labor into the growth of eSports. The only problem is that there is no other comparable league in North America and Europe that teams can participate in if they are unhappy with the rules. Prior to the creation of the LCS in early 2013, there existed an open circuit of tournaments that included the Intel Extreme Masters, Major League Gaming, and the IGN ProLeague, along with smaller independently hosted events. Even though IEM is still hosting League of Legends, it does so within the system that Riot has created, while the rest of the competition has been stifled. Without any competitors impeding on the viewership of their leagues or tournaments, there is no external pressure for improvement like there is in an open market. Even with regions like China and Korea hosting the LPL and LCK respectively, the ultimate goal is to reach the World Championship, a Riot-run tournament.

The core of the problem is that the company that created the game, Riot Games, is also the league creator and the governing body for League of Legends. Though very admirable in the progress they have made, it would be naive to think that it was simply done for the sheer love of eSports. Naturally, Riot wants to see the game succeed as a whole, but as a result, there are conflicting goals of Riot the game company and Riot the eSport company. The most prominent example of this in recent history is the institution of a one team per organization policy. Players from the same organization have been competing against each other in the OSL, MSL, and GSL for over a decade in StarCraft: Brood War and StarCraft II. Even recently, the International 2015 hosted by Valve had MVP Phoenix and MVP HOT6ix competing against each other for a much larger prize pool than the League of Legends World Championship.

The control exerted by Riot is not limited to the team level either. In a move that absolutely astounded the community, a clause was added to LCS contracts that restricted players from playing a list of games on their personal streams. Soon after, RiotMagus defended the said contract in a PR statement in which he made it seem as if there was nothing wrong with impeding on the players’ personal lives and streaming businesses. It would be another story altogether if the players made comments about how games like DotA 2 or Smite are better than LoL while being interviewed on an LCS broadcast, but this is different. This is a clear infringement on the personal freedom and source of income of the players. Despite the eventual reversion of the policy, it left a bad taste in a lot of people’s mouths. On the same token, players are not allowed to criticize the game in any manner, thanks to Section 7 of the Eligibility and Release Form of the LCS labeled BE NICE. A clear case of censorship if there ever was one.

The Issue of “Toxicity”

Another issue that has arisen due to Riot’s monopolization of LoL eSports is the war on “toxic” behavior, as they so put it. In the past, governing organizations have stepped in to stop cheating, match fixing, and player abuse, but never has one coined such a term and pursued it on such a large scale. What makes this even more troublesome is the vagueness of the word toxic. With no formal definition given by Riot, punishments can be handed out arbitrarily, similar to how absolutist monarchs handed down judgements prior to the introduction of written constitutions in Europe. It would not be so bad if this was a policy only enacted on the public servers of League of Legends, but because Riot is in charge of the game and the eSport, it would be contradictory to allow certain high level players that are officially banned to play in LCS. As a result, great players are punished for being “toxic” and are disallowed from playing competitively. The most recent example of this is Konstantinos “FORG1VEN” Tzortziou, a player for Gambit Gaming who was suspended for four games of the European LCS at a very critical junction in the season.

In the ‘Reflections’ interview conducted by Duncan ” Thorin” Shields below, FORG1VEN explains things from his perspective. A perspective that paints a picture of a frustrated player that sometimes gets tired of people ruining his games, what he considers his practice environment. It is well known that there are some players that intentionally lose and even go as far as to abuse professional players, knowing full well that if the player retaliates, they will be punished. That is what FORG1VEN is referring to when he says the following:

“You have to fix this system, you have to protect those players! If it is me now, it will be more players in the future. Just because you don’t see cases, it doesn’t mean that most of the players in Europe have got several warnings for their supposedly bad behavior.”

He then goes on to talk about how it ruined his team’s chance of qualifying for the World Championship, all because of something that was completely unrelated to competitive integrity.

The Future of League of Legends eSports

To sum everything up, the position that Riot finds themselves in now is one that no other company has been in before. They are treading on new ground with every step and though they stumble every few steps of the way, the overall progress that they have made is undeniable. The question now is, how will they balance their agenda as a game company and their role as the governing body of the eSport? They have shown time and time again that the dichotomy that exists between the two is a difficult one to wrestle with. More importantly though, the question that is looming over the eSport as a whole is, if Riot Games can not handle the contradicting nature of their position and continues to fumble in increasingly more concerning ways, what will the professional scene turn to when they realize they can no longer depend on the monopoly that is the Riot Games eSports complex?