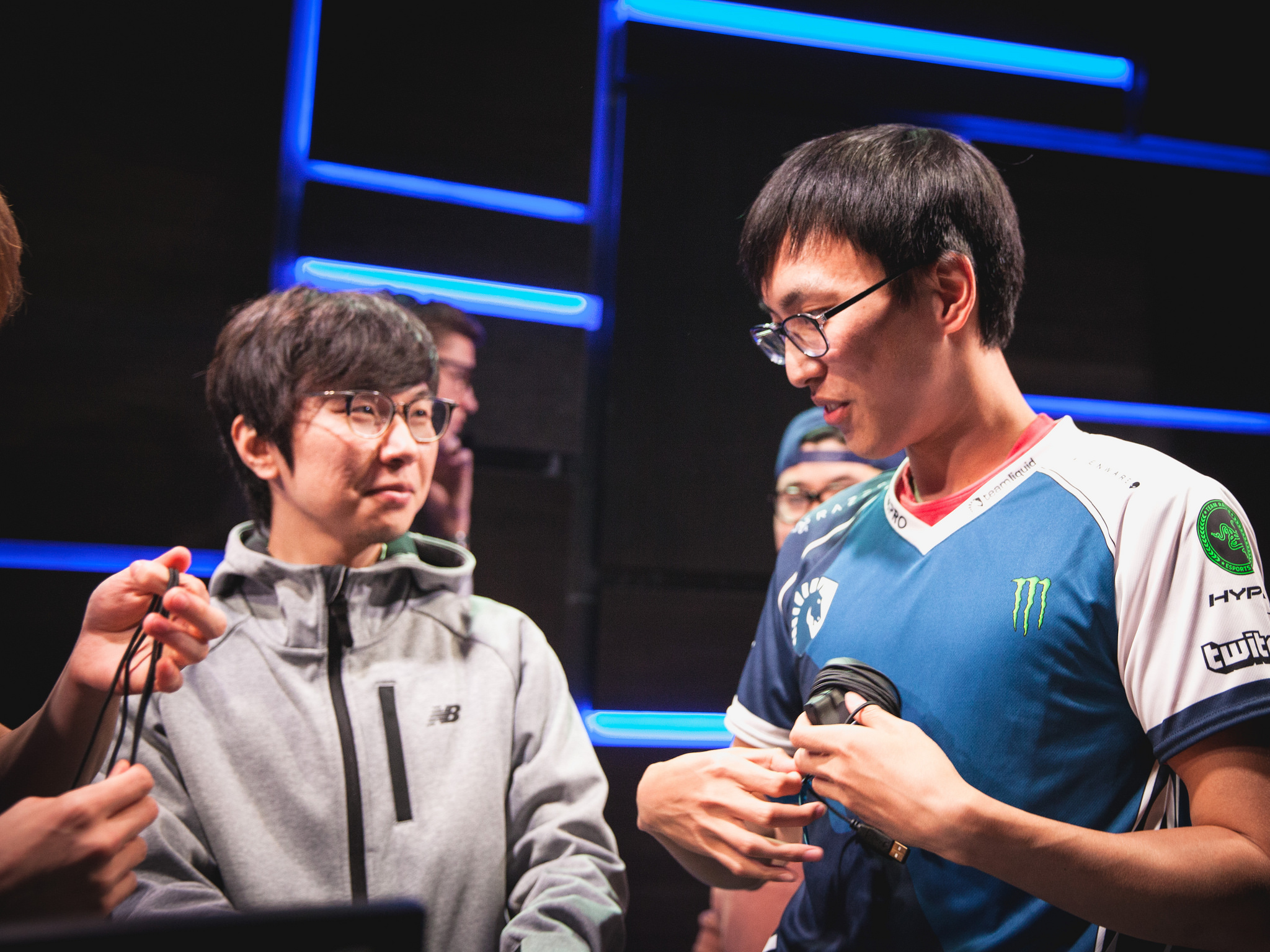 Sitting in last place, facing a battle for relegation, Team Liquid was desperate for a solution: Swapping long-time ADC Chae “Piglet” Gwang-jin to the mid lane, something unheard of in professional play. Trying out one ADC after another to take his place. A coaching swap. The team left no stone unturned.

And one thing they tried was a little-known esports startup named Mobalytics.

Mobalytics started as the brainchild of Amine “Uth” Issa, a PhD in in biomedical engineering. Issa has extended experience in improving human performance, having worked with fighter pilots, mountain climbers, and other athletes. He’s also been an avid World of Warcraft player, and gaming seemed like the ideal environment to apply his skills.

Gaming is unique in that it provides a treasure trove of data that can be used to measure performance. “The current data set for League is very, very deep,” Issa said. “Sports analysts would die to have this data set.” Even things like biometrics translate well to esports, since gamers sit still, making things like heart rate, breathing, and eye movement easy to track. “The data is cleaner,” Issa said.

Mobalytics is, according to Issa, a “performance analytic company for gamers, competitive gamers primarily.” The company defines a “competitive” gamer as someone who plays ranked games. The site focuses on League of Legends, the game in which company has chosen to develop first.

The goal is to be able to use these stats to help players assess their play and improve. “The idea is to get the best possible analytics on a person,” Issa said. “Really define how they play, accurately tell them that, and direct them towards how to improve.”

Mobalytics runs a large number of stats from Riot’s databases through its proprietary algorithm to measure performance in each category. The goal is to give player’s high-level, yet useful feedback. Each category includes tips for improvement based on the algorithm’s results. Also included is a curated library of online resources to help a player improve, though Mobalytics currently does not produce any educational content of its own.

The website also has pre-game feature where players can take a look into their current draft room, including where their teammates and opponents stack up, similar to other tools like LoLWiz. But Mobalytics takes it a step further by giving players advice specific to their team compositions and players. It’s like having an LCS coach with you while loading into the game.

According to Issa, the people who most benefit from the game are “lower-level players who are playing in bronze and silver.” But the company has an eye towards affecting even the highest level of competition.

Mobalytics and the LCS

Issa has been an acquaintance of Team Liquid owner Steve Arhancet, having played WoW with him back in the old days. Liquid was one of the first to invite Issa to bring in his biometric equipment and track their players. Now that the company is funded and on surer footing, it made sense for the two to link up again.

At the time, Liquid was looking for data on which ADC to sign and replace Piglet’s spot on the roster. Issa’s original goal to “understand what made different players good” seemed like exactly what Liquid needed. But LCS teams don’t fully take advantage of data to make those decisions. “Talking to a lot of LCS teams, there is not that level of data and analysis taken into consideration,” Issa maintained. “[Data] is a much smaller priority in the grand scheme of things.”

Liquid challenged Mobalytics to take a deep dive into the Challenger ADC pool to see what type of player fit best. A simple question, like how versatile a player is, can be hard to analyze from plain match histories. In this case “We want to find a player who is consistent and plays really well from behind, but is only marginally worse when they play ahead,” Issa explained. Otherwise, “it could force my team into a one-dimensional play style.”

Of course, the teams have access to Riot’s data and so do other third-party sites like Oracle’s Elixir. Mobalytics is seeking to drive value by running the analysis for them. “There’s so much that’s changing every game,” Issa said. “Going into the mid game ahead by 1,000 gold can be very different in different scenarios. Trying to understand and contextualize the data in these different places is what we plan to help LCS teams do.”

The sheer quantity of data the Riot provides is both a blessing and a curse. The blessing is that there’s a deep well to draw from. “With the current data set. there’s so much things to explore,” Issa noted. “League is such a rich sport.”

The amount of data makes Mobalytics valuable for all competitors, professional or amateur. “We’ll tell people ‘this is the skill you should be focusing on, for your role, for your tier,’ and then we’ll measure that in every game they play,” Issa said. After the game, users can see how they performed in each category and compare it to other players at their tier and position.

But there are areas where the data falls short. Simple things like the amount of damage a player has dealt at each moment in the game is something Riot simply doesn’t provide at the moment, at least not for ranked games. There are ways that this can be modeled, but it would take a lot of time and effort.

Another prickly part is the combination of small sample sizes at the professional level compared to rapid changes in meta. This makes helping professional teams much harder than solo queue players. It also makes it harder to have consistent metrics at all in the sport.

Issa used a comparison to illustrate some challenges: “If you look at basketball or chess games from 10 years ago, that data is almost 100 percent relevant, because the game doesn’t change.” That’s not true of most esports since publishers are constantly adding champions, tweaking the meta, and refining the game. There’s a lot of development needed to make sure the algorithms last over a long period of time.

Finally, there’s the element of biometric data, which is were Issa got his start, lugging around eye tracking devices on his own dime. “In a couple years, not only will there be this data, there will be biometric, psychological data,” Issa predicted. “The people that know how to combine these things best will have a significant advantage.”

There should be a lot of growth in the area of esports analytics. Gaming audiences tend to trend younger, and they’re the generation that’s really been raised on analytics and big data. Mobalytics may be one of the first to fill the niche, but others will come. The next step will be to develop predictive algorithms, or perhaps tools that help players hone their mechanics.

For now, Mobalytics will continue to make suggestions to LCS teams using their algorithms. For players at home, the website is still in a limited launch, though a wider release is coming soon. It’s about time someone created a smart coaching program that takes advantage of League’s data to help players get better at the game.