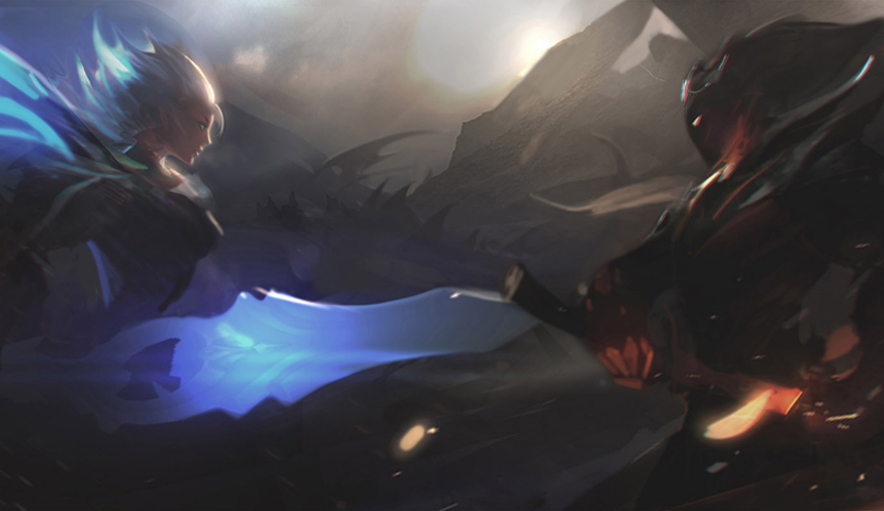 Missions should arrive in the next League of Legends patch, and they’re going to kick off with the brand new Order and Chaos event, according to Riot’s announcement yesterday.

In case you missed our coverage of the missions feature earlier this month, it will add objectives to your game client, called missions, and you complete them by playing games. Objectives that we’ve seen so far have included achieving a certain rank as a specific champion and earning a specified gold amount as another champion. By completing these objectives, you can earn rewards like skins, icons, and other exclusive content. Sounds awesome, right?

When the missions update arrives in the client, the Order and Chaos event will begin as well. The event will add themed missions to each players’ missions list, and completing them will get you exclusive event loot, like the new Dawnbringer Riven and Nightbringer Yasuo skins.

There will be themed emotes and even loading screen borders as well. Loading screen borders have never been obtainable through anything but ranked rewards in the past, so this is a big first for League. There have also been different types of borders given to players who buy certain skins early enough after release or who owned a legacy skin before the skin was retired. Emotes have been around before, like recently for the MSI event, but they don’t come around often.

The event and new feature should be arriving in Patch 7.12, which is still a few weeks away. Both should be available for testing in the PBE within the next couple of days.