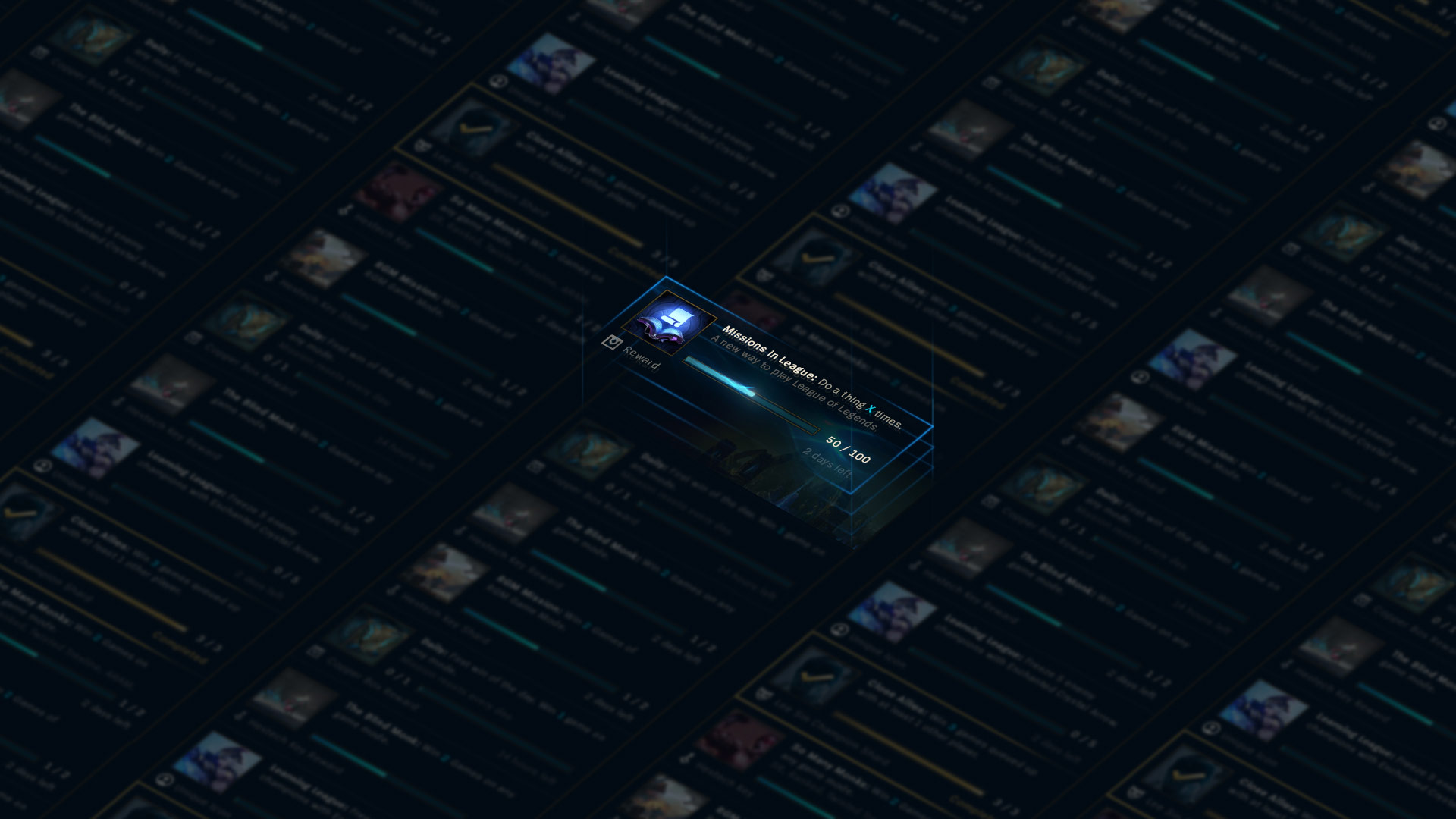 Missions are on their way to League of Legends, according to Riot’s official announcement yesterday.

Missions are challenges listed for each player in the League game client that you complete to earn rewards. They’ll have their own menu, right next to the Friends menu, and that menu will list off several challenges that you can try your hand at to earn the reward listed underneath each mission. The rewards will cover a wide breadth of things, including IP, loot chests, and yes, even skins.

The challenges the missions will send you out on will range in difficulty. Some will ask you to achieve a grade of A or higher on a champion, some will ask you to play a certain amount of games on another champion, and some will have you hit a certain level of LP in your current rank. The goal of these challenges is to promote skillful and difficult gameplay without trying your patience or asking you to troll. There won’t be a challenge that asks you to play 100 games as a champion, and there won’t be one that makes you build AP on Draven.

The overarching goal for the introduction of missions is to add complexity to the game. To avoid growing stale after hundreds of games played on the same map with the same rules, adding bonus objectives or something to work for beyond a rank should make the game feel a bit more different, and perhaps new, every time you open it up to play.

Overall, this is a good direction for Riot to go with League. Due to the constant change of the game through balancing, patches, and new features, the game doesn’t really tend to get boring to begin with, but that kind of relentless change can be stressful. This type of change, however, is like a game-inside-a-game, and it’s much more fun that way.