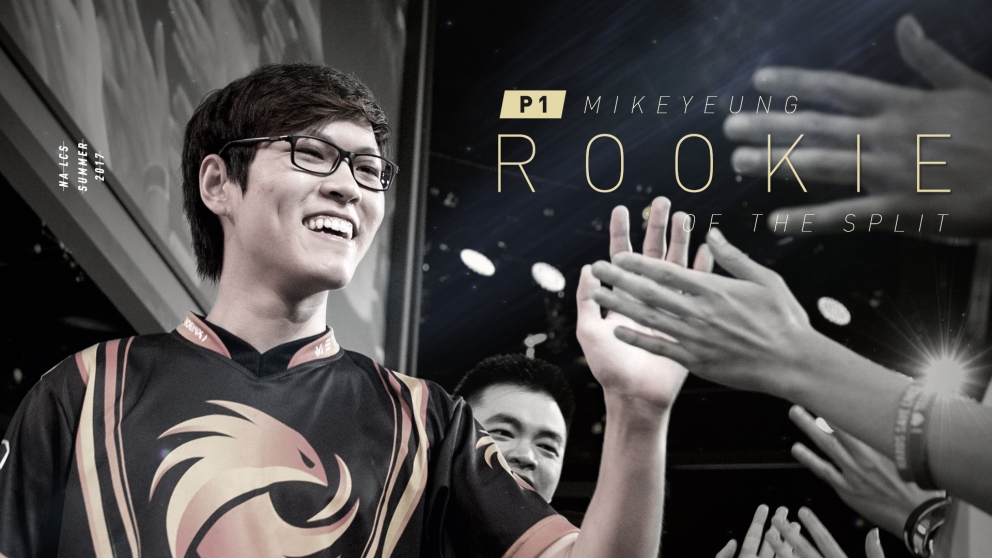 The Mike “Rookie of the Split” Yeung meme started because Mike Yeung was one of only two rookies in the NA LCS during the first part of the split. Since Yasin “Nisqy” Dincer and his Envy teammates weren’t doing very well at the time, and we had just watched Mike Yeung tear it up at Rift Rivals, we all started joking around that he was going to be Rookie of the Split even though we were only a few weeks in. He was the only real contender at the time, after all, so it seemed funny.

And then Nisqy stepped up. Envy started to climb the standings as their new mid laner found great synergy with their all-star jungler. More importantly, after CLG’s jungle drama, they found themselves with a rookie as well towards the end of the split—Omar “OmarGod” Amin. Suddenly, Mike “Rookie of the Split” Yeung didn’t seem so obvious, especially after Phoenix1’s plummet to the bottom of the standings, with Mike Yeung in tow.

Despite all that, and after a real bender of a split, Mike Yeung won the award, and he is now, officially and not just a meme, the Rookie of the 2017 Summer Split, according to Riot’s official announcement today.

His team utterly failed, and with franchising coming for the 2018 NA LCS Spring Split, no one is even sure if Phoenix1 will still be around next year. It’s not all doom and gloom for Mike “Rookie of the Split” Yeung, though, because clearly, he shows a lot of potential.

When roster movements begin to flow like the Nile after Worlds, no one would be surprised if a top tier team set their sights on him.