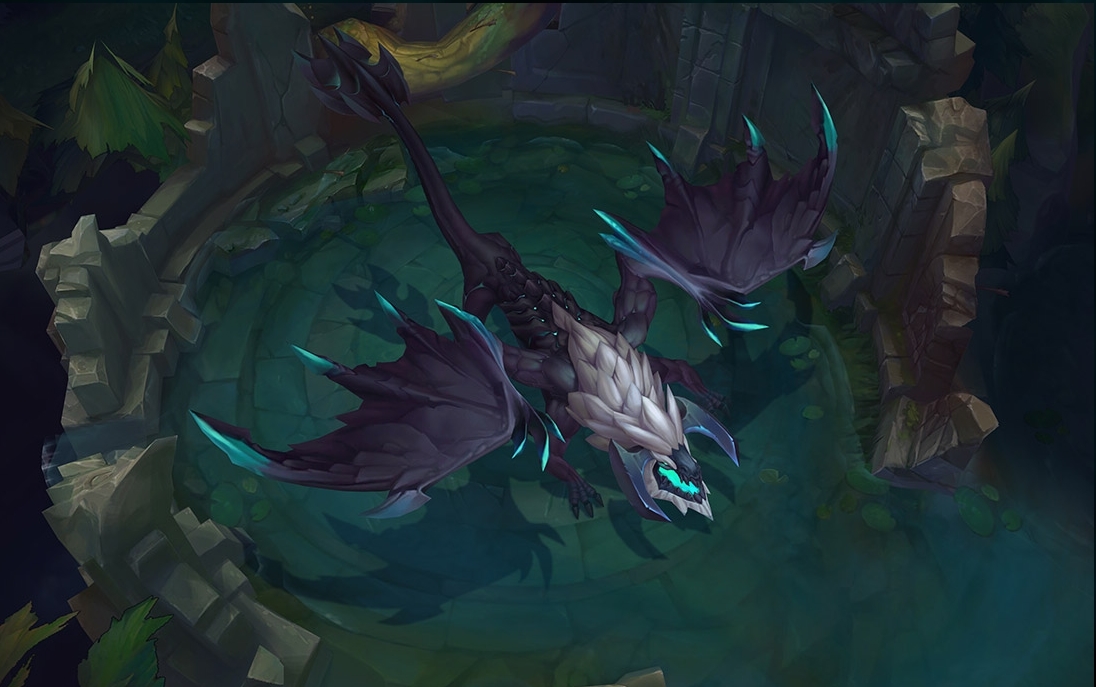 Elemental Dragons are coming to the Summoner’s Rift, and it’s going to be chaos.

League of Legends is no stranger to massive game-changing patches, and Riot Games will yet again deliver before the Summer season with the upcoming“Mid-season Magic” update revealed yesterday.

The big update will include major changes to mage characters, including a massive rework of Ability Power-granting items and major updates to magic wielders like Malzahar, Brand, Vladimir, Zyra, Vel’koz, and Cassiopeia, with smaller changes hitting Annie, Swain, Fiddlesticks, Ziggs, Syndra, Xerath, Anivia, and Veigar. This comes after the game’s big Season 6 patch to usher in the new year, which reworked the Attack Damage side of things.

While the mage changes will have an indelible effect on the League of Legends metagame, the biggest change overall is the introduction of Elemental Dragons—Earth, Wind, Fire, and Water. Instead of the same Dragon spawning in his pit throughout the match, he’s now been replaced with elemental brothers that each provide a different buff focusing on a certain bonus.

The Fire Dragon provides a damage bonus to help dueling and team fighting. The Earth Dragon increases turret and epic monster damage, allowing a team to take objectives more easily. The Water Dragon increases health and mana regeneration, perfect for poke compositions. The Air Dragon gives a movement speed boost. All the buffs stack and all the buffs are permanent, similar to the current Dragon bonuses.

After 35 minutes, the Elder Dragon will spawn in place of the new Elementals. A tougher mob, the Elder Dragon gives players a burn-over-time on attacks and a buff that gains power for every Elemental Dragon you killed previously.

The changes aim to make Dragon an important objective again while adding more strategic decision making. Simply boosting the power of the current Dragon buffs or adding higher gold gain would return Dragon to being a required objective, much like in 2014. The buffs, in theory, allow different team compositions to place different priority on each Dragon, leading to varied decision-making in game.

For example, one team drafts a poke composition and another team features a squad focusing on team fighting. The two teams will place different values on each type of Dragon, making decision-making around the objective more interesting and difficult.

The big problem? The Elemental Dragon spawns are random, which could have negative effects on the results of matches at the professional level.

The Elemental Dragon spawns are random. Teams will know which Dragon spawns next after the previous Dragon is killed, allowing them to plan accordingly, but they can’t make those plans during the draft. If a team drafts a team focused on siege and poke who has a mid or late game power spike, they may not be able to contest early Dragons against a team with a more team fight oriented slant. What if the first Dragons that spawn are the ones more beneficial to the team-fighting team, and the siege composition hasn’t had time to scale to really contest that objective in a team fight? That randomness could put them at a disadvantage before the game even starts.

Of course, that what-if situation depends on a myriad of factors. We don’t know how powerful each Dragon will be, and every Dragon will be valuable to every team—a siege composition will benefit from dealing more damage, and a team-fighting team will benefit from more health and mana regeneration. Still, it’s certainly a big concern and something Riot Games must watch closely as it works towards implementing this update on the live server.

Even without the randomness, though, some pro players object to change for other reasons. Origen jungler Maurice “Amazing” Stuckenschneider took to Twitter to complain:

Riot is trying way too hard to achieve unique solutions to certain game mechanics instead of just going back to the roots. 1/2

He knocks the changes, asking for simplicity instead of more complexity in an already complex game. But the more important point may be his second one:

Every pro will tell you that the constant changes kill the incentive to prepare for a split. We never know what’s going to stick. 1/2

Might as well just get to playoffs and peak there. Just admit you done goofed and stop trying to be fancy with the changes @Amazing_EU

The change will likely hit in the middle of May, after the conclusion of the Midseason Invitational tournament in Shanghai. The Summer Split is set to begin the first week of June. That gives teams little time to prepare for a change with potentially massive ramifications on strategy and players’ understanding of how to play League of Legends. And as Amazing states, there’s no guarantee that change will even go through in its current form.

This is something players are very familiar with considering Riot’s patch schedule. It’s understandable that the company seeks changes to help keep the game fresh and interesting for the tens of millions who play it every day, but it’s tough for pro players who make their living by understanding how the game is played.

It also wreaks havoc on results and creates a playing field that favors skills like adaptability over other talents, creating uneven results through the season. For example, Immortals’ 17-1 regular season was wiped out in a quick 3-0 playoff sweep when they failed to adapt to a change in the meta, something they showed they could do in a week when they won third place against Team Liquid days later.

That’s tough for players who stake their careers on succeeding, but whose success hinges on the changes Riot Games places into the game. Whether pros like it or not, though, it seems that the Elemental Dragons are coming, and they’re certainly going to breath chaos on the Summoner’s Rift.

Just get a load of this Mordekaiser enslaving the Elder Dragon: